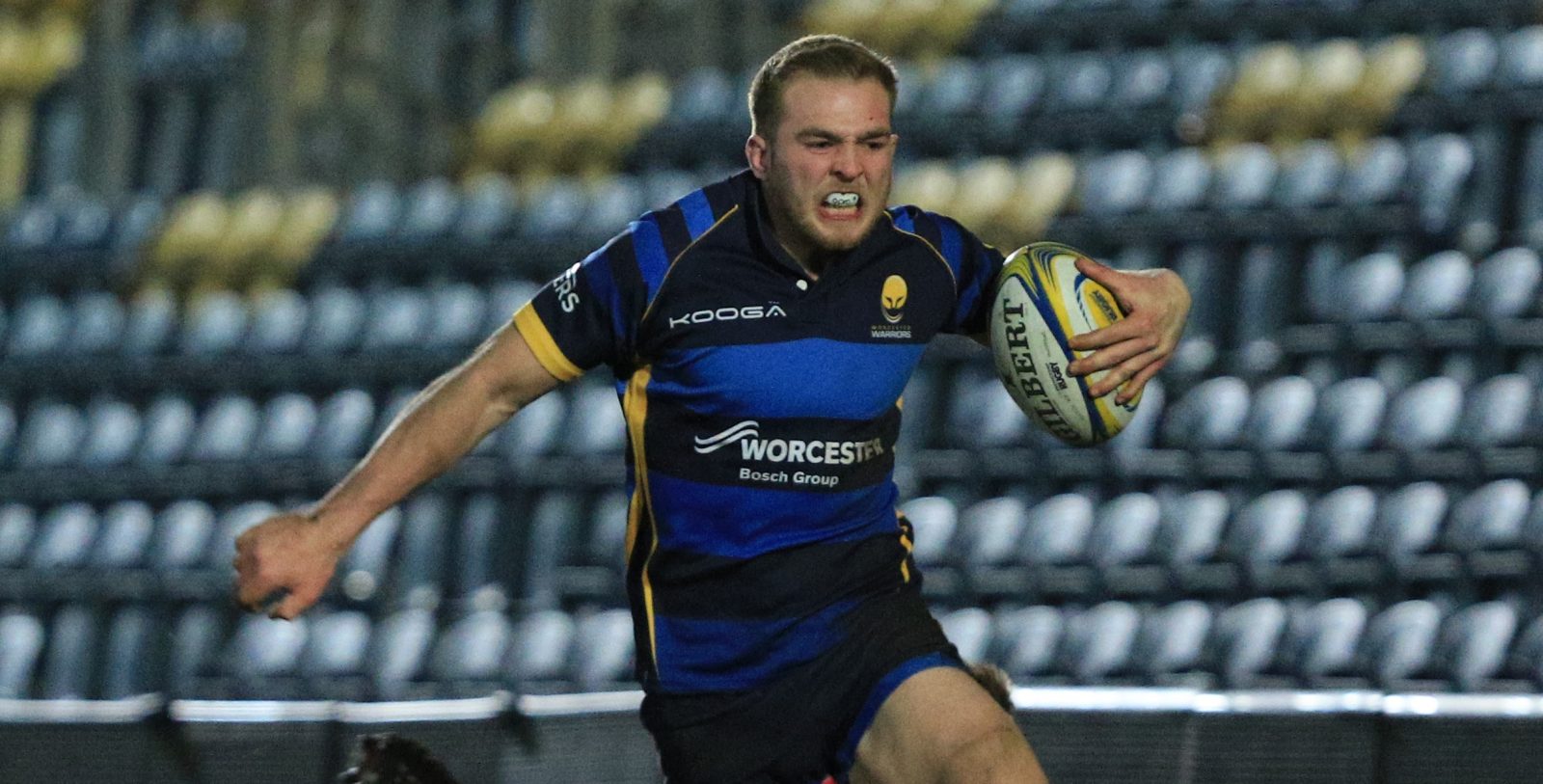 Worcester Cavaliers clung on to victory in their penultimate Aviva A League Northern Conference clash in a nail-biter against Leicester Tigers at Sixways.

The Warriors second-string side raced into a 20-0 lead thanks to first-half tries from Alex Grove, Perry Humphreys and England youngster Sam Ripper-Smith, along with five points from the boot of Tiff Eden.

But a second-half brace in as many minutes from Argentinian Gonzalo Camacho brought the visitors back to within six points before Eden slotted a penalty.

Harry Wells then burrowed his way over to set-up a dramatic finale but the Cavaliers held on for their second victory of the campaign.

Mark Hewitt’s side started with strong intent, as Luke Baldwin fed Grove who showed his strength to power through a tight defence, shaking off tacklers to open the scoring.

The lively start continued as Baldwin chased down a drop-out, forcing Tigers into an infringement which led to a Warriors lineout on the 22.

The backline then combined superbly to put Humphreys away and the rapid winger backed up his four-try performance against the Army with a tidy score in the corner. Tiff Eden made no mistake with the conversion.

Leicester then enjoyed a spell of possession but were unable to trouble the scoreboard and when Grove was able to steal the ball, he put the Cavaliers back on the front-foot with Dean Hammond making a strong break only to be brought down ten metres out.

But Eden soon chipped over another penalty to make it 15-0.

The youngsters’ set-piece proved dominant as the half wore on and as the rain battered Sixways, Ripper-Smith touched down off the back of a driving maul to open up a commanding lead.

The second period started in similar tempo with Baldwin making a bursting run after a tap-and-go penalty but despite making 60 metres, he couldn’t find a teammate to secure a bonus-point try for Worcester.

Leicester’s Camacho then scored two in two minutes to put the visitors right back in the contest.

The first came after a great burst from substitute Jack Roberts who drew in last man Humphreys before teeing-up Camacho, and the second came soon after when the Argentine kicked to the line before chasing to dot down. Tom Hardwick added the extras to put Leicester within six points.

Tigers were in the ascendancy in what was a game of two halves but Eden soon added a penalty in front to extend Cavaliers’ precious lead.

But Leicester’s comeback continued with a third try as Wells managed to touch down underneath a mass of bodies after a period of sustained pressure on Cavaliers’ five-metre line.

A tense final 15 minutes ensued with both teams in search of a decisive score but it was Worcester who showed their mettle to hold on for the win.