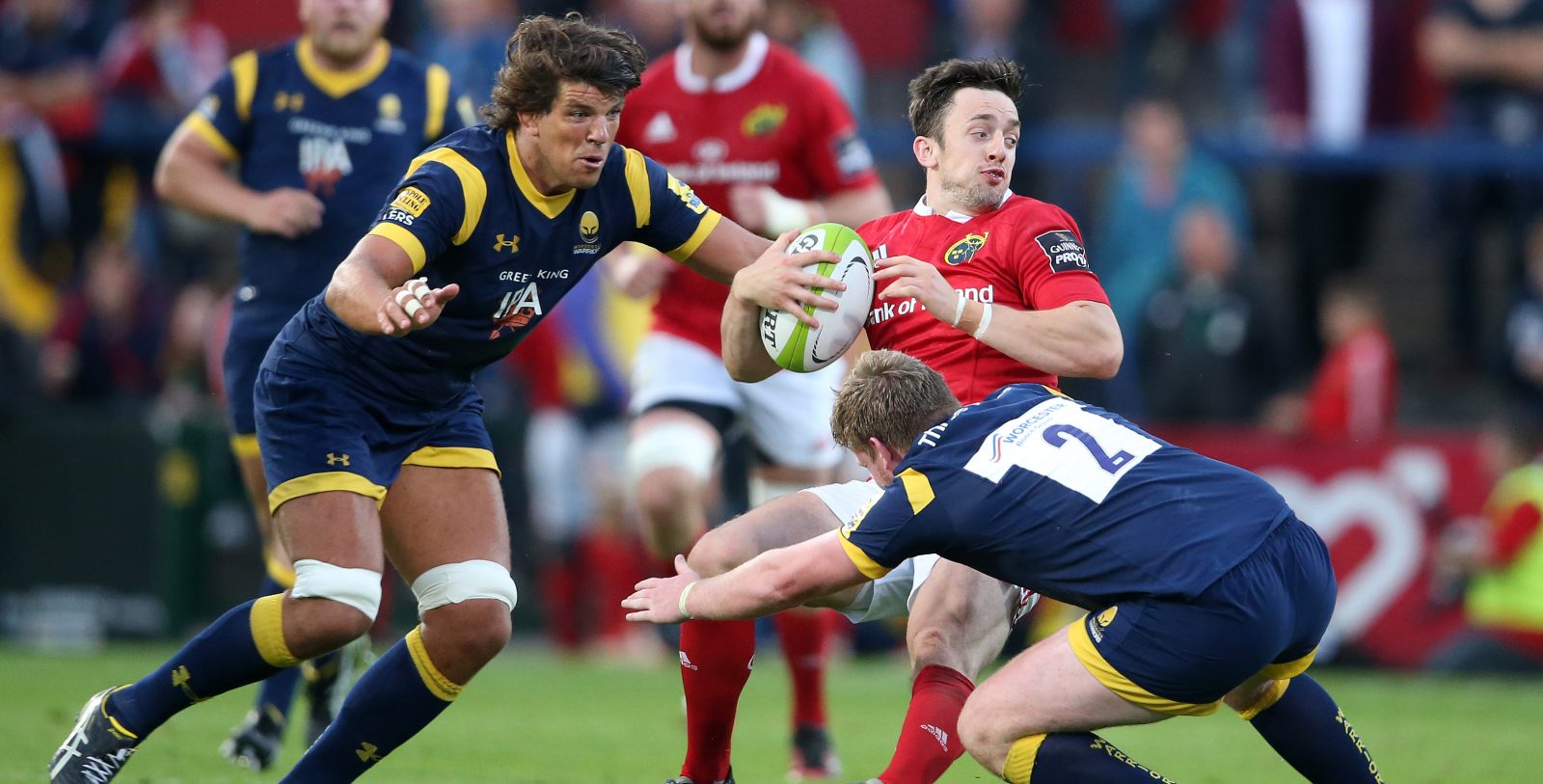 Warriors ended their pre-season campaign with a 52-21 defeat at the hands of Guinness PRO12 giants Munster Rugby.

Four first-half tries saw the Irish province hold a 31-0 lead at the break before both sides ran in three tries apiece in the second-half in an entertaining game at Irish Independent Park.

After 17 seasons at Munster, Donncha O’Callaghan was making his first return to his hometown club with Warriors, as Carl Hogg's side chased a first win of pre-season.

Warriors came out of the blocks and spent the early exchanges camped inside the Munster 22 but the hosts soon found their rhythm and after Niall Scannell stole the ball off the back of a lineout, tighthead James Cronin shoved his way over for the opening try.

Carl Kirwan took a knock in the build-up and was replaced by Marco Mama before Tyler Bleyendaal added the conversion.

Warriors searched for a reply and they almost got it when a deft kick from Max Stelling in behind the defence was collected by Dean Hammond but the young South African was hauled out of play in the corner.

And just a couple of minutes later, Munster marched their way upfield with Bleyendaal slotting another penalty.

There was further pain to come for Warriors when Val Rapava Ruskin was sent to the bin for pulling down the maul and Munster took full advantage scoring a penalty try converted by Bleyendaal.

The hosts continued to put the pressure on and Ireland international Simon Zebo twisted and turned his way over the line before the pin-point kicking of Bleyendaal resumed from the tee.

The fly-half was enjoying a fine display and his chip over the Worcester defence was claimed by Zebo who quickly flinged the ball out wide across the backs with Darren Sweetnam the grateful recipient touching down for a sublime Munster try.

And Bleyendaal maintained his 100 per cent record with the boot, adding another conversion.

Warriors looked for a spark before the break and the impressive Hammond again caused issues out wide with his pace but he was pulled into touch to end the half.

Both sides rung the replacements in the second period to give players game-time ahead of next weekend’s domestic season openers.

But it was the hosts who again found the whitewash as Ronan O’Mahony battled his way over for Munster’s fifth try.

Warriors then finally got off the mark after a good spell and a delightful kick in behind from Ryan Lamb saw Josh Adams dot down in the corner, with the former slotting the conversion in off the post from out wide.

Conor Oliver then produced a break to set up Cian Bohane for another Munster score but Warriors replied immediately as Lamb again provided GJ Van Velze to dive over out wide.

Fly-half Lamb produced another kick in off the post but the end-to-end action continued with an interception try as Ian Keatley ran the length of the field to score.

Warriors looked to finish on a high and they did just that as Perry Humphreys was the man to slide over following a sweeping move from the backs, and Lamb produced another cracking kick from out wide to end the match.

It was another tough test for Warriors but pre-season is now finished – and next week, it’s a trip to Twickenham to open their Aviva Premiership campaign against champions Saracens.