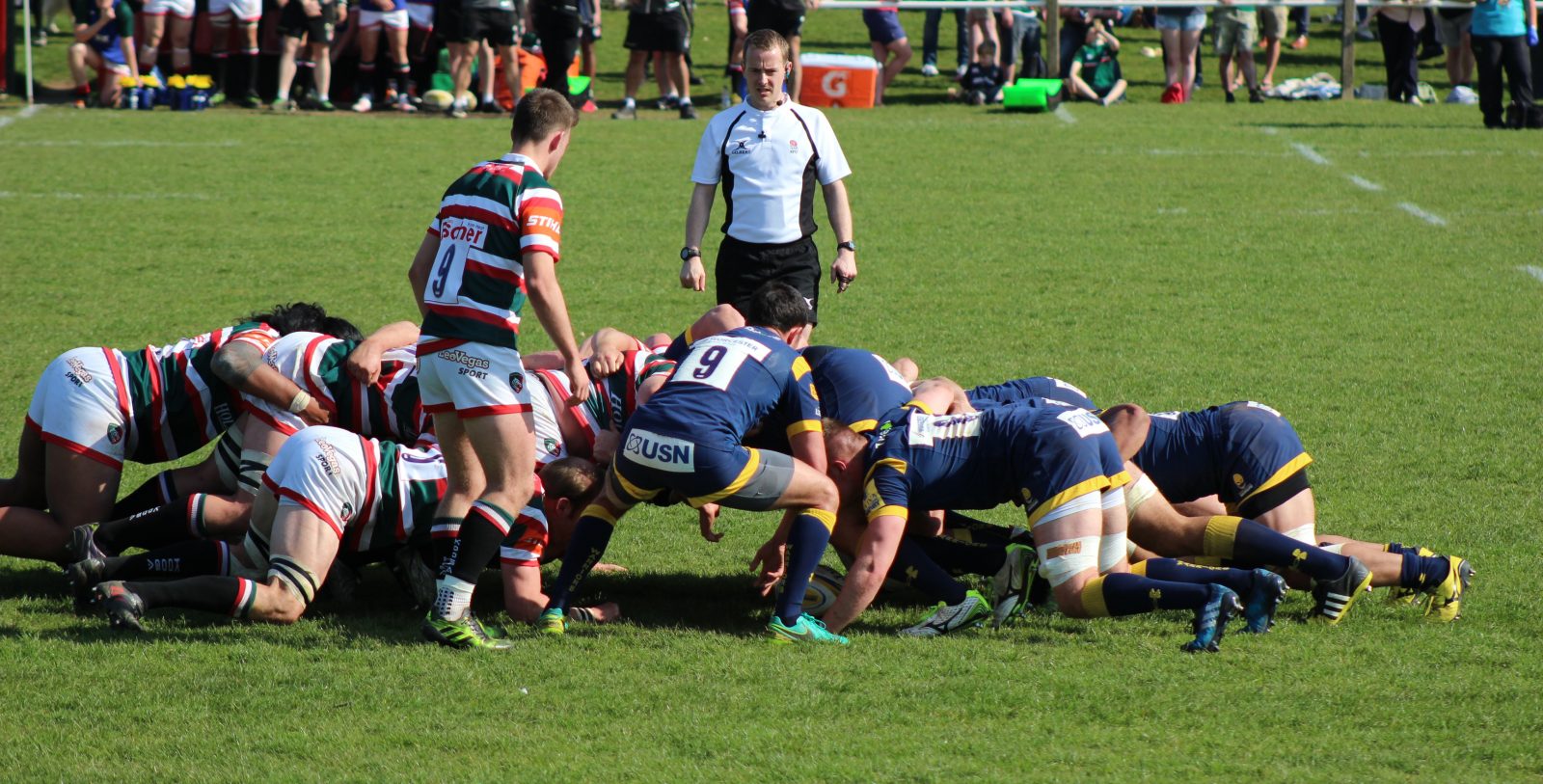 Worcester Cavaliers secured a thrilling one-point win after scoring six tries as they bowed out of this season’s Aviva A League in style against Leicester Tigers at Lichfield RFC.

Connor Braid scored twice early on and picked up 19 points alongside a Jack Singleton try as Cavaliers led 24-14 at the break despite tries for Leicester's Peter Betham and Greg Bateman.

Afeafe Haisila Lokotui went over after the interval but Tigers mauled their way back into the contest through tries for Betham and Will Owen, in between a spectacular Worcester try finished off by Mike Daniels.

Charlie Thacker and Ryan Olowofela went over late on as Leicester went ahead for the first time in the match but Ben Howard’s try with the last play of the game completed a fantastic victory for the visitors.

The match saw a number of Warriors returning from injury including Jonny Arr, Alafoti Faosiliva, Gareth Milasinovich, Zac Xiourouppa and Singleton, who all got 40 minutes under their belts.

On a warm afternoon in Lichfield, Cavaliers applied the pressure in the early stages as Howard sent Alex Hearle sprinting down the left flank but the young winger had a foot in touch as he grounded the ball over the tryline.

But Worcester soon got their first try when Braid intercepted Tigers on their own 22, racing underneath the posts before stepping up to convert.

Leicester soon bounced back after Ollie Bryant’s kick over the top was collected by Thacker and he found Betham who strolled over the line.

Bryant added the extras but Cavaliers soon regained their lead after pressure close to the tryline and Braid crossed from close range for his second of the day.

The Canadian converted from in front but Tigers tighthead prop Bateman ran a superb line to go under the posts for the hosts’ second try and Bryant chipped over the extras.

Cavaliers looked threatening with ball in hand when getting it wide to Hearle and after Haisila Lokotui carried into the 22, Cavaliers soon won a penalty allowing Braid to knock over three points.

Worcester continued to ask questions and after winning another penalty on the 22, Braid kicked his side to the corner and the pack did the rest, with Singleton driving over the line for their third try.

Braid then landed the conversion from the angle against the wind as the visitors opened up a ten-point lead.

Haisila Lokotui got on the scoresheet after the break to secure a try-bonus point for the visitors after being teed up by Ollie Lawrence but Tigers bit back through Betham who scored his second, running a fine line under the posts.

George Worth converted to bring the hosts within eight points and they looked to put pressure on the Cavaliers but after kicking into the 22, Worcester ran the length of the field for a sensational team try.

Haisila Lokotui retrieved the ball by his own tryline before racing cross-field and giving to Howard who paced 40 metres.

He in turn found Hearle who darted over halfway before finding Braid, and Luke Baldwin was in support to send Daniels in under the posts for a stunning score.

Braid added the conversion but the hosts got back into the contest when Owen touched down after pacing through a gap and Worth’s conversion cut the deficit to eight.

Leicester pressed and pressed and soon grabbed another when Thacker went over and Worth’s conversion meant there was just one point in it.

And they took the lead for the first time in the game when Olowofela showed his strength to crash over in the corner.

But as has been the case with the first-team of late, Cavaliers showed their never-say-die attitude to produce another spectacular try at the death.

Will Butler’s delicate chip in behind was kept in play brilliantly by Haisila Lokotui and he switched the ball to full-back Howard who stretched over to seal a stunning win as Cavaliers bowed out of this season’s Aviva A League in style.