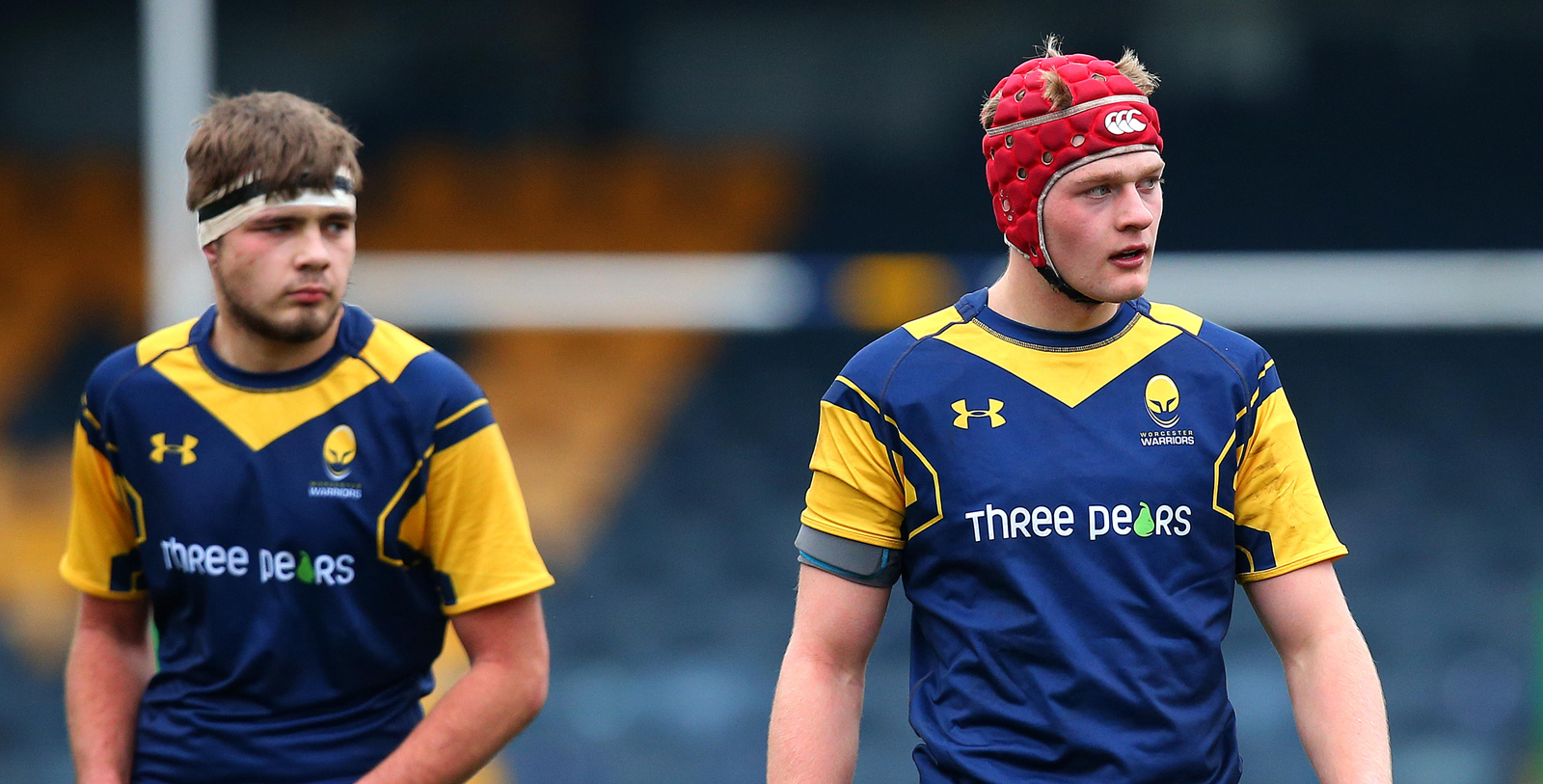 Under 18s undone in Loughborough

Warriors Under 18s were unable to make it three wins in a row as they were defeated 42-14 by Leicester Tigers Under 18s in the Premiership Rugby Under 18 Academy League on Saturday afternoon.

After the midweek rain, the game had been moved to Loughborough University’s artificial pitch but Tigers scored three tries in each half to secure the win despite tries for Noah Heward and Oli Thorneywork either side of the break for Warriors.

In the rain, the control of Leicester half-backs Will Yarnell and Sam Costelow kept Warriors pinned back and chasing the game.

After 12 minutes, Tigers struck for the first time. Turning down a kick at goal, Costelow knocked a penalty into the corner and within three phases, Xander Purcell drove over from close range.

Warriors’ attempts to pick up a third successive victory were further hampered when, after quick ball, the visitors’ defence was unable to realign. Tigers quickly sent the ball to the right wing where Zack Godfrey skipped past desperate Worcester tacklers to touch down. A second conversion from Costelow made it 14-0.

Leicester soon scored their third try in just eight minutes. This time the space was on the left and from a similar position, it was exploited. Luke Phoenix was on hand to step through the covering defence to put Tigers into a commanding 21-0 lead with 20 minutes played.

Warriors were stunned, and whilst they had lacked some defensive organisation, they had not played badly. The last two weeks however, had suggested that this team would not lie down.

And so it proved as Warriors’ carriers began to make yards and some Tigers indiscipline gave them a penalty right in front. They opted for a scrum, and worked the attacking ball to the left wing where full-back Heward burst through a tackle to score with Jake Leonard converting.

The visitors were still in the game at half-time, and were given further encouragement when Thorneywork crossed to make it 21-14 early in the second-half. Warriors had worked some good field position before quick handling from replacement prop Tom Furnival sent the back rower through untouched.

However, within five minutes, Tigers maintained their two-try advantage. A spell of attacking pressure led to George Martin crashing over to make it 28-14.

Warriors pressed for a third score and carved out opportunities as Heward made breaks, centres Paul Wells and Rob Lester linked up effectively and replacement Tom Williams stepped through the defence. But in the wet conditions, the final ball did not stick.

In a contest that remained competitive, Leicester’s ability to keep the error count down proved crucial in establishing the commanding lead.

With Warriors stretched towards the final whistle, Tigers crossed twice to pull away from the visitors. Firstly, Yarnell broke through but was hauled down just short before Henri Lavin all but secured victory. Costelow, perfect from the tee all afternoon, made it 35-14.

With the last play Tigers added another as Andre Dunn intercepted and eventually Jonny Law danced through a tired Warriors defence to touch down under the posts.

The 42-14 scoreline somewhat flattered Tigers but they had been the better team. Their half-backs controlled the game, abrasive forwards added the physicality and their outside backs finished well whenever Warriors’ defence was caught too narrow.

Warriors will hope to bounce back on Sunday 4 February at Manchester Metropolitan University against Sale Sharks (kick-off 2pm).