Warriors are delighted to confirm that back row Alafoti Faosiliva has signed a one-year contract extension to keep him at Sixways.

The powerhouse Samoan international is yet another first-team star to put pen to paper on a new deal ahead of the 2018/19 campaign as Director of Rugby Alan Solomons continues to build stability and continuity within the Warriors squad.

Having made the move to Sixways in August 2016, Faosiliva has since become an integral part of the side, having already made 36 appearances for the Club.

Faosiliva spent much of his early career on the international Sevens circuit where he was part of the Samoa side that won the IRB Sevens World Series in 2009/10, before enjoying a spell at Toulon and three years at Bath Rugby.

The 32-year-old has also been capped 23 times by Samoa and was part of his country’s 2015 Rugby World Cup squad.

He said: “I’m really enjoying my time at Warriors and enjoying my rugby. I’m very happy to sign a new deal and will continue to give everything on the pitch.”

Warriors Director of Rugby Solomons added: “Foti is a dynamic, explosive player who is an invaluable team member. I’m delighted he’s decided to stay on with the Club.” 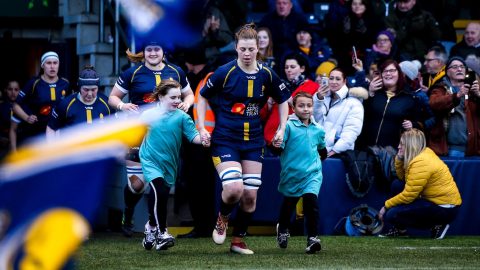