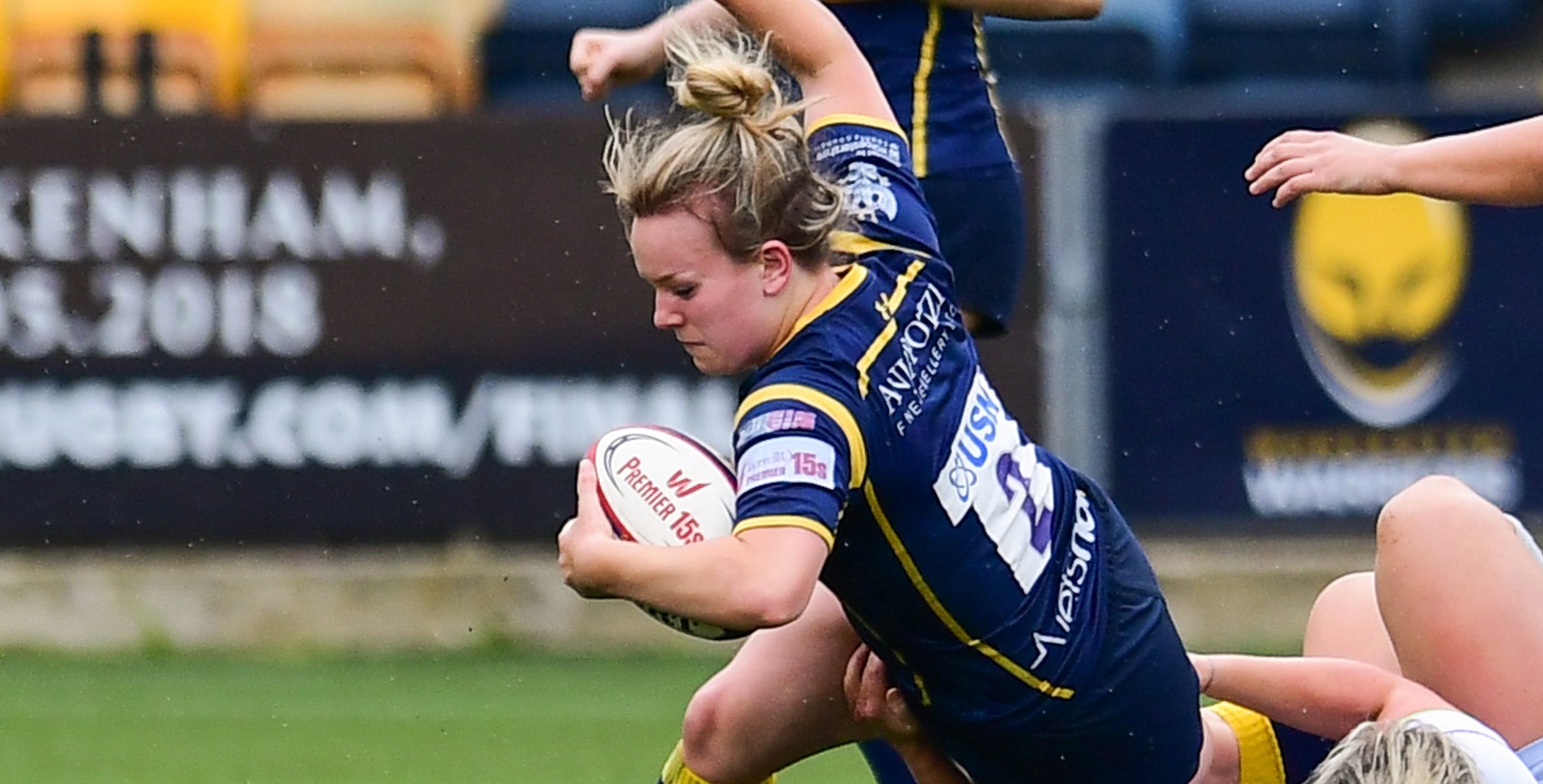 Worcester Valkyries’ Tyrrells Premier 15s season came to a close with a 27-12 defeat at the hands of Darlington Mowden Park Sharks at Sixways on Saturday.

Valkyries had an encouraging performance over the course of the game, but the visitors showed how clinical they are to win the contest.

Sian Moore and skipper Lark Davies were on the scoresheet for Valkyries but Darlington went over through Kat Hobson, Lisa Martin, Rachel Woosey, Elle Bloor and Claudia Macdonald to record victory.

With both sides getting hands on the ball early on, the opening ten minutes of the game were balanced, but it was the away side who got in the driver’s seat.

Fly-half Martin placed a kick into the corner and, as the bounce of the ball deceived the Valkyries’ defender, Hobson pounced to open the scoring.

The visitors went on the search for more points immediately after, but Valkyries’ resolute defence kept them out.

After surviving another wave of pressure, Valkyries broke quickly down the left wing. A few line-breaks and offloads were too much for Sharks who conceded a penalty which was taken quickly and Moore ran over to score.

Valkyries continued to impress with a few more breaks upfield, one of which saw Vicky Laflin skip past a few tackles but Sharks reasserted themselves with a couple of tries just before the break.

After setting up the visitors’ first try, Martin went over herself this time as she took advantage of an overlap created after some phase-play following a lineout.

Stretching the away side’s lead further, Woosely bought herself some space with a sidestep before scoring in the corner.

After the restart and a yellow card for Martin, Valkyries began to heap the pressure on the visitors. A burst up the pitch from Meg Varley was well followed up and taken deep into DMP territory but a knock-on after a scrum gifted them possession.

Valkyries set up camp in the Sharks 22 for the next quarter of an hour but despite visit after visit, they only crossed the tryline for the second time with just over ten minutes to play.

The home dominance came into fruition as phase-play wore the away defence down before Davies was able to pick and go to force herself over.

With just three points in it, Valkyries sensed victory but in an attempt to regain possession, Lauren Leatherland was yellow-carded for what was deemed an intentional knock-on.

With an extra player, DMP went on to take control of the closing moments of the game scoring two tries. Bloor shoved her way over following a scrum inside the Valkyries 22 before an end-to-end break from Macdonald brought an end to the contest.

It’s been a very tough season for a young Valkyries side but they will have grown from their experiences and can look forward to another campaign in the Tyrrells Premier 15s in 2018/19.