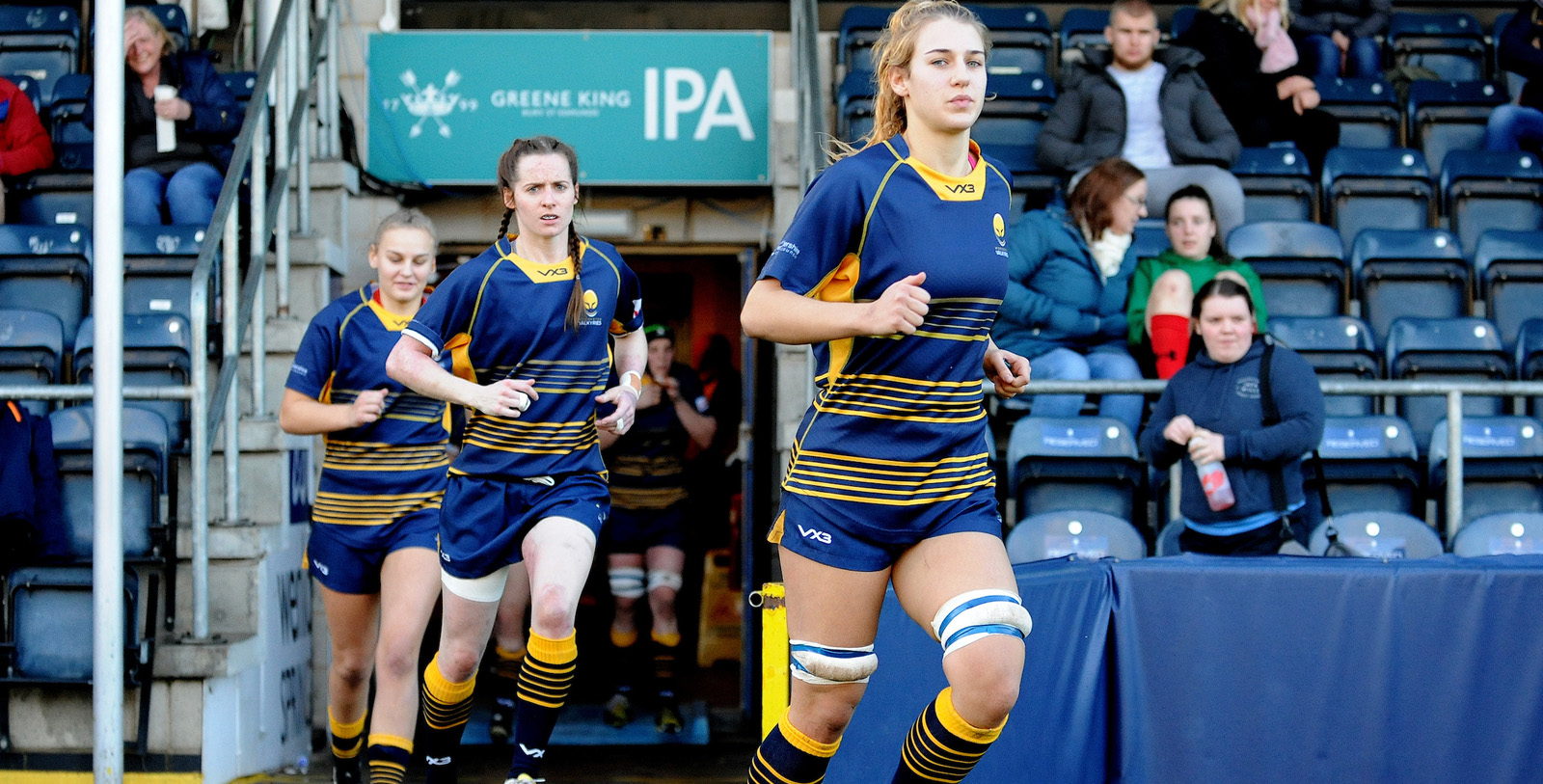 Valkyries slipped to a 12th straight defeat in the Tyrrells Premier 15s against fourth place Wasps Ladies at a rainy Sixways on Sunday.

Vicky Foxwell was on hand to get Valkyries on the scoreboard with a try early on in the game.
However, the visitors’ seven tries came from Louise Dodd, Claudia MacDonald (two), Kate Hallett, Nicola Smith, Danielle Waterman and Amy Cokayne.

Wasps got on the board early on with a Goulden penalty, but Valkyries were quick to react.

A good restart gave Roy Davies’ side a good platform to build from. A flowing passing move followed which was finished by Foxwell after a gap opened up in the Wasps defence.

The match didn’t lose its pace as Wasps retook the lead shortly after. A break down the wing brought Wasps into the Valkyries 22 and after a few phases, Dodd powered over the tryline.

In the next 20 minutes, most of the action took place in midfield with the sides trading possession. But Wasps managed to creep their way upfield around the half-hour mark.

With their field position, came a Wasps scrum five metres out and MacDonald was helped over the whitewash by the Wasps pack.

The visitors ended the half with a quickfire double through Hallett forced her way over before a MacDonald added another score finishing off a solo run which started at halfway.

Valkyries applied great pressure on the Wasps defence taking the first-half into five minutes of additional time but just couldn’t punch their way through.

The second-half ended as the first ended as Valkyries went in search for their second try of the game.

Despite having most of possession and territory, it was a similar story as the Wasps defence stood firm and rode out the Valkyries storm.

The visitors then progressed up the pitch before settling in the Valkyries 22. After a few set pieces, they added another score from close range through Smith.

Waterman then crossed the over following a passing move off the back of a midfield scrum which put her underneath the posts.

Valkyries looked to push for more points as the game neared its close but it just wasn’t to be as Wasps soaked up pressure well.

The visitors then closed the scoring as after a number of phases, Cokayne found a gap in the Valkyries defence to exploit.

Valkyries Development XV were also beaten by Wasps – 79-0 – at Sixways on Sunday.