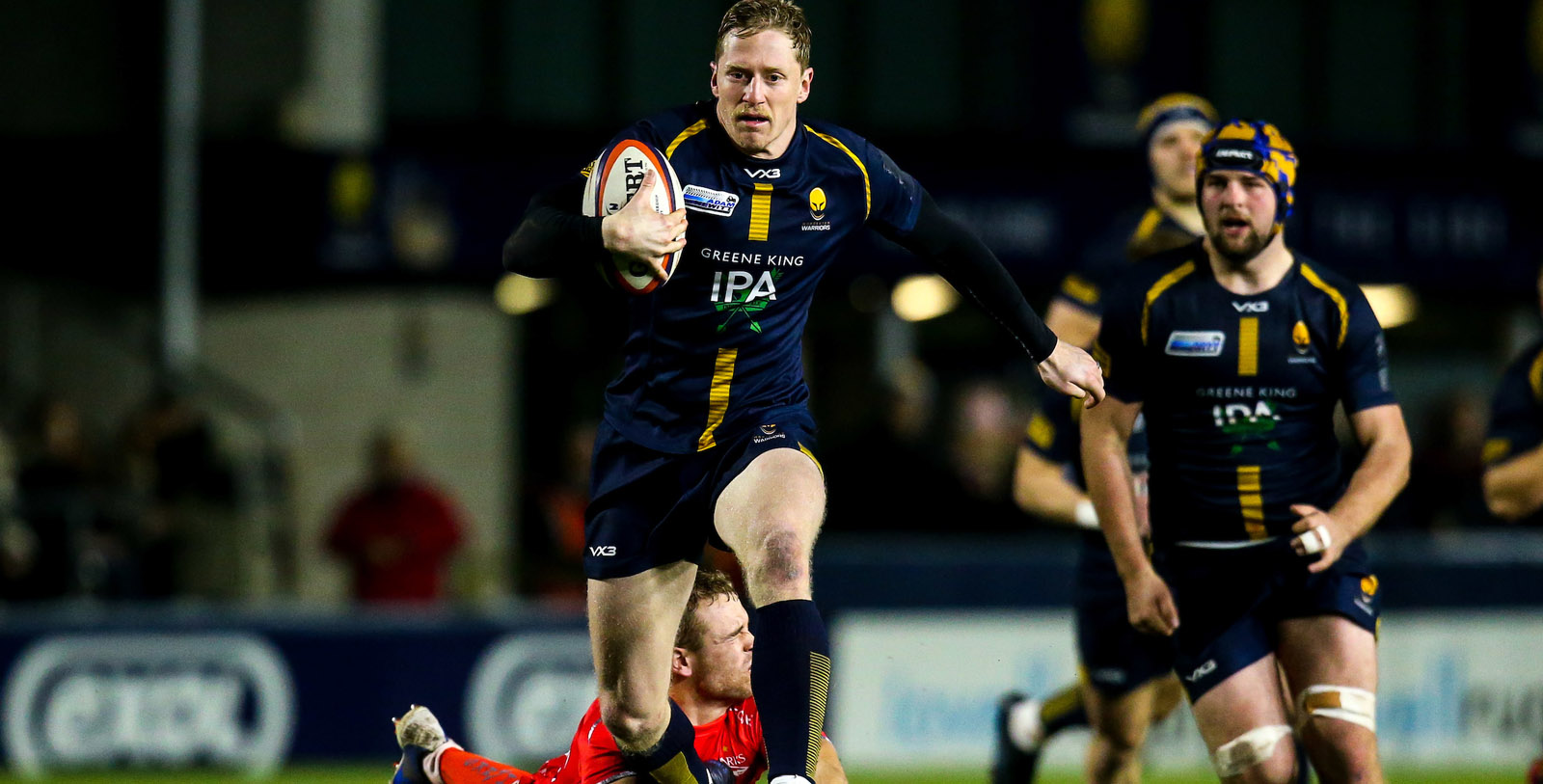 Cavaliers made an impressive start to their Premiership Rugby Shield campaign with a seven try victory in a fast and furious encounter at Sixways.

The kick-off was put back 30 minutes after Sale’s team coach and referee Harry Walbaum were stuck in traffic on the M5 but the patience off a good-sized crowd was rewarded with a richly entertaining contest.

The majority of the Cavaliers side impressed in the European Challenge Cup match against Enisei-STM in Russia and they took that form into this game, playing a high tempo game that wore down Jets.

Cavaliers were only four points ahead going into the final minute of the first half but a try from Gareth Simpson on the stroke of half-time shifted momentum firmly in their favour.

Nick David scored the bonus point try two minutes into the second half and despite making substitutions which led to some players playing out of position, Cavaliers continued to dominate.

Full-back Scott van Breda contributed 20 points to the win, including two tries, before heading off to rejoin Isuzu Southern Kings on loan for Saturday’s Guinness Pro-14 match against Connacht in Galway.

Cavaliers were quick out of the blocks and Scott van Breda went over for the opening try after seven minutes which he also converted.

But Jets, who were given time to warm-up and recover from their nightmare journey, drew level ten minutes later when lock Will Smith went over with James Williams, a Cavaliers regular last season, adding the conversion.

Cavaliers were back in front within four minutes with a penalty try after Jets collapsed a driving maul although Williams cut the deficit with a penalty three minutes later.

But a superb sniping run from Jono Kitto sliced open the Jets defence and van Breda arrived in support to dot down and then add the conversion.

David’s try came after Oli Morris, who impressed on his Sixways debut, scythed through before Isaac Miller, who switched to number eight from hooker, was driven over from a lineout.

Wing Matt McNab, guesting from Hartpury,  had a night to remember as he crossed for the sixth try after a sustained and patient attack wore down Jets and gave him space to score in the corner.

Jets briefly disrupted Cavaliers’ progress when full-back Joe Carpenter scored a breakaway try but Cavaliers had the final say when van Breda threaded a cheeky grubber kick through the advancing defence and Oli Morris followed up to score.