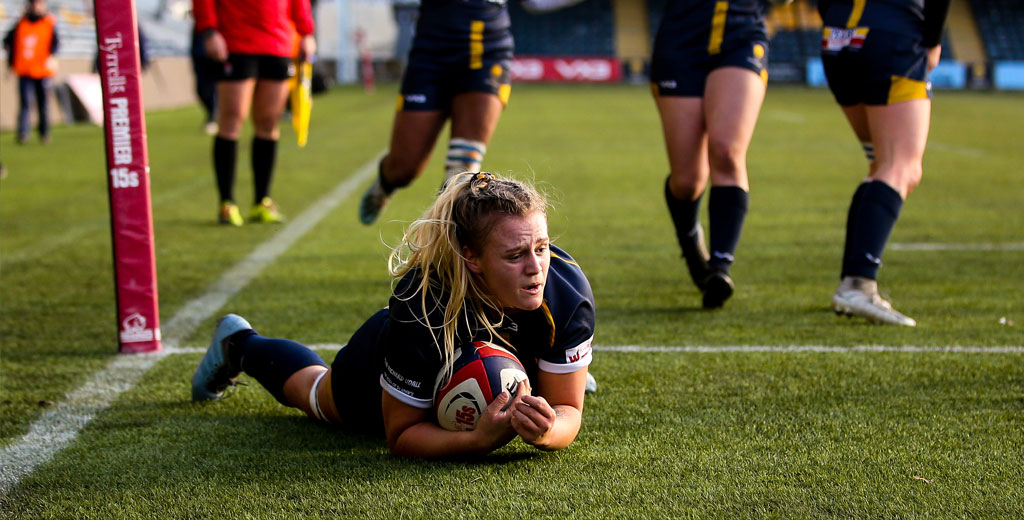 Warriors Women made it a weekend to remember for Director of Rugby Jo Yapp with a first Tyrrells Premier 15s win of the season in front of a record crowd at Sixways.

A brace of first half tries from number eight Lucy Lockhart gave Warriors the initiative but it was Carys Cox’s try seven minutes from time which proved decisive.

Yapp, who coached Barbarians Women to victory over Wales in Cardiff on Saturday, was in charge of Warriors Women at home for the first time and the benefits of having a month away from league action to work with the side were obvious.

Warriors were solid in the set piece and inventive in the backs and showed composure in regaining the lead after Bristol worked themselves over for a converted try midway through the first half and for battling hard for the win, their third in the competition.

A crowd of 1,721, a record for a women’s match at Sixways, helped to mark Sepsis Awareness Day and roared Warriors to victory in a tense finale.

Warriors started strongly and the early hard work was rewarded when Lockhart was driven over from an attacking lineout.

Bristol responded with a sustained attack which led to replacement tighthead prop Ellie Mulhearn driving over under the posts with full-back Lucy Attwood adding the extras.

Warriors showed character by regrouping and dominating the rest of the first half with their pressure wearing Bristol down.

From a five metre scrum Warriors shunted Bristol backwards and Lockhart picked up and dotted down for the try.

Warriors enjoyed long periods of pressure in the second half and almost scored again five minute after the break when centre Meg Varley sliced open Bristol’s defence, Jade Shekells arrived in support and flanker Taz Bricknell drove towards the line only to be bundled into touch at the corner.

Warriors continued to probe for weaknesses in Bristol’s defence and it was wing Lydia Thompson, back from international duty, who made the decisive break with a powerful diagonal run.

Thompson was hauled down just short of the line but Warriors supported the break and recycled the ball patiently to send Cox over for the try that put Warriors in sight of victory.

Bristol delayed the celebrations by scoring a close range try through Charlotte Wright-Haley which made for a tense last three minutes but Brickhill’s foraging on the ground secured a penalty at the breakdown which Warriors were able to kick to touch to seal the win which took them off the bottom of the table.

Warriors Women Development XV fought hard before going down to a 29-10 defeat against Bristol Bears Women in the Tyrrells Development League at Sixways.

First half tries from Abby Smitheman and Jen Vermeulen kept Warriors Women in the hunt at the break.