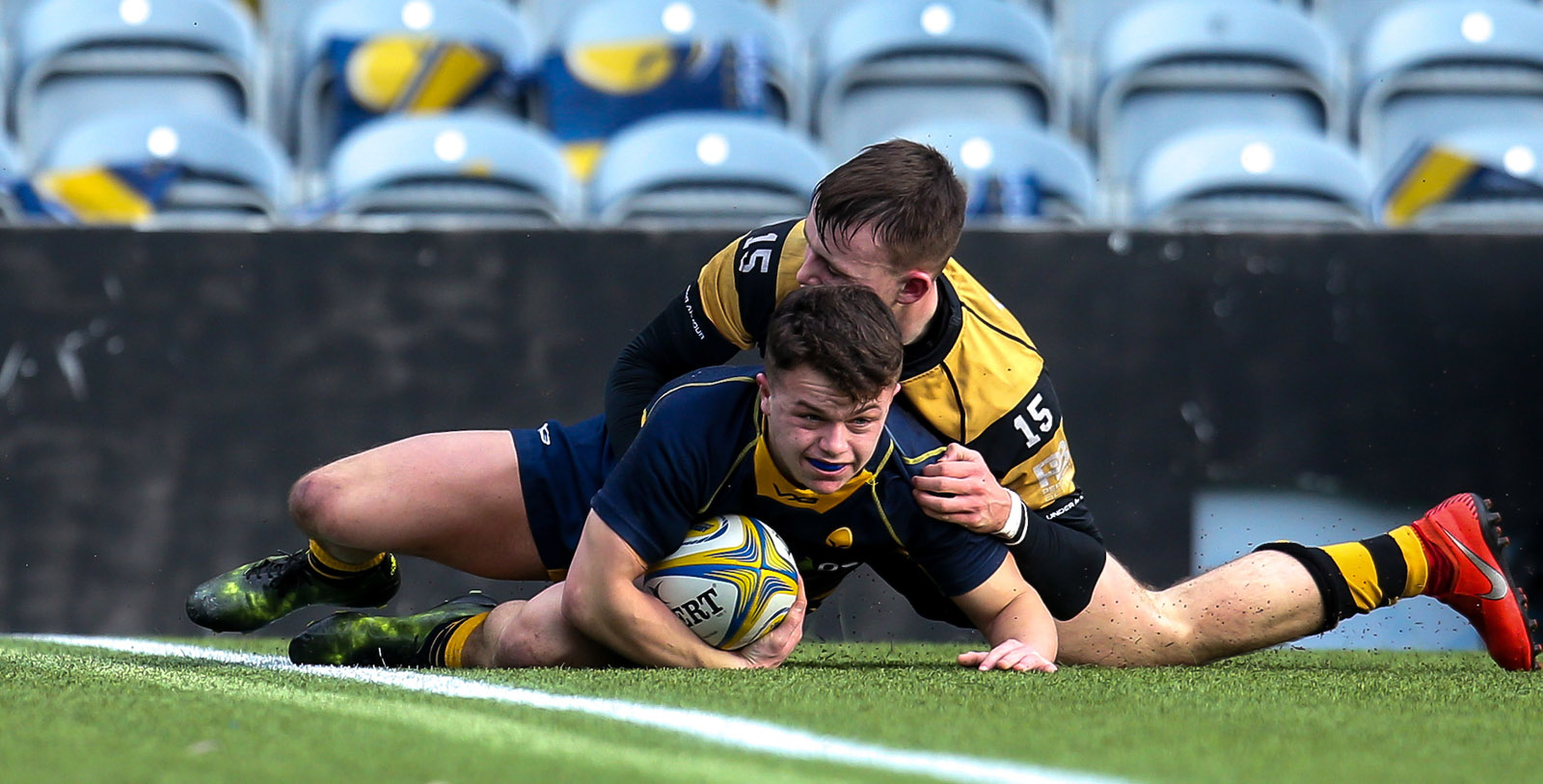 Warriors Under-18s notched up their first victory of the season, overcoming Wasps 33-21 in the Premiership Rugby U18s League at Sixways.

Tries from Adam Lane, Joe Richards, Jack Forsythe and Tobi Wilson secured a well-earned bonus point triumph for Mike Hall’s men, who were 25-0 up at the break.

Watched on by a vocal Sixways crowd ahead of the men’s Gallagher Premiership clash with London Irish, Warriors went ahead as early as the first minute through second-row Lane.

Lane crashed over from close range after centre Seb Atkinson had got the hosts on the front foot with an abrasive carry. From the breakdown, the ball was switched left to the towering lock for the opening score, with Fin Smith adding the extras to make it 7-0.

Warriors extended their advantage on 13 minutes through a Smith penalty, before they registered their second try of the contest midway through the first period by virtue of hooker Richards. The stocky front-row added the final touches to a dominant driving lineout, with Smith, this time, unable to add the two as Warriors led 15-0.

Two minutes later Warriors scored arguably their best try of the afternoon, with wing Alex Evans finishing off a scintillating team move. Back-row Jack Forsythe crashed through the heart of Wasps’ defensive line, before offloading to centre Harry Spencer on the charge who in turn fed the ball wide to Evans for the score in the corner. Smith’s radar boot increased Warriors’ lead to 22-0. With half-time looming, Warriors continued to turn the screw as they looked for the try bonus point.

Wasps to their credit defended well, and Smith was restricted to a penalty kick at goal which he duly obliged with to give his side a 25-0 advantage at the interval.

Twelve minutes into the second half Wasps got themselves on the scoreboard, scrum-half Ollie Monye dipping his shoulder to dart over the line. Charlie Atkinson’s conversion reduced the arrears to 25-7.

On the hour mark Wasps wing Luke Bray slid over in the corner to give Warriors much to ponder as the visitors looked to stun the Sixways outfit with free-flowing rugby of their own. Atkinson made it two from two with the boot, converting superbly from the touchline to cut the gap to 25-14.

With Wasps threatening a comeback, Warriors relieved some of the pressure when Smith registered his second penalty success of the game to put his side 28-14 up. Back came Wasps however, and a minute from time Atkinson raced in under the uprights to go within a converted score of Warriors.

Looking like they might have to settle for a winning four points, Warriors took maximum points with the last play of the match as the impressive Wilson popped up on the wing to sprint clear and dot down in the corner to end the contest 33-21 winners.