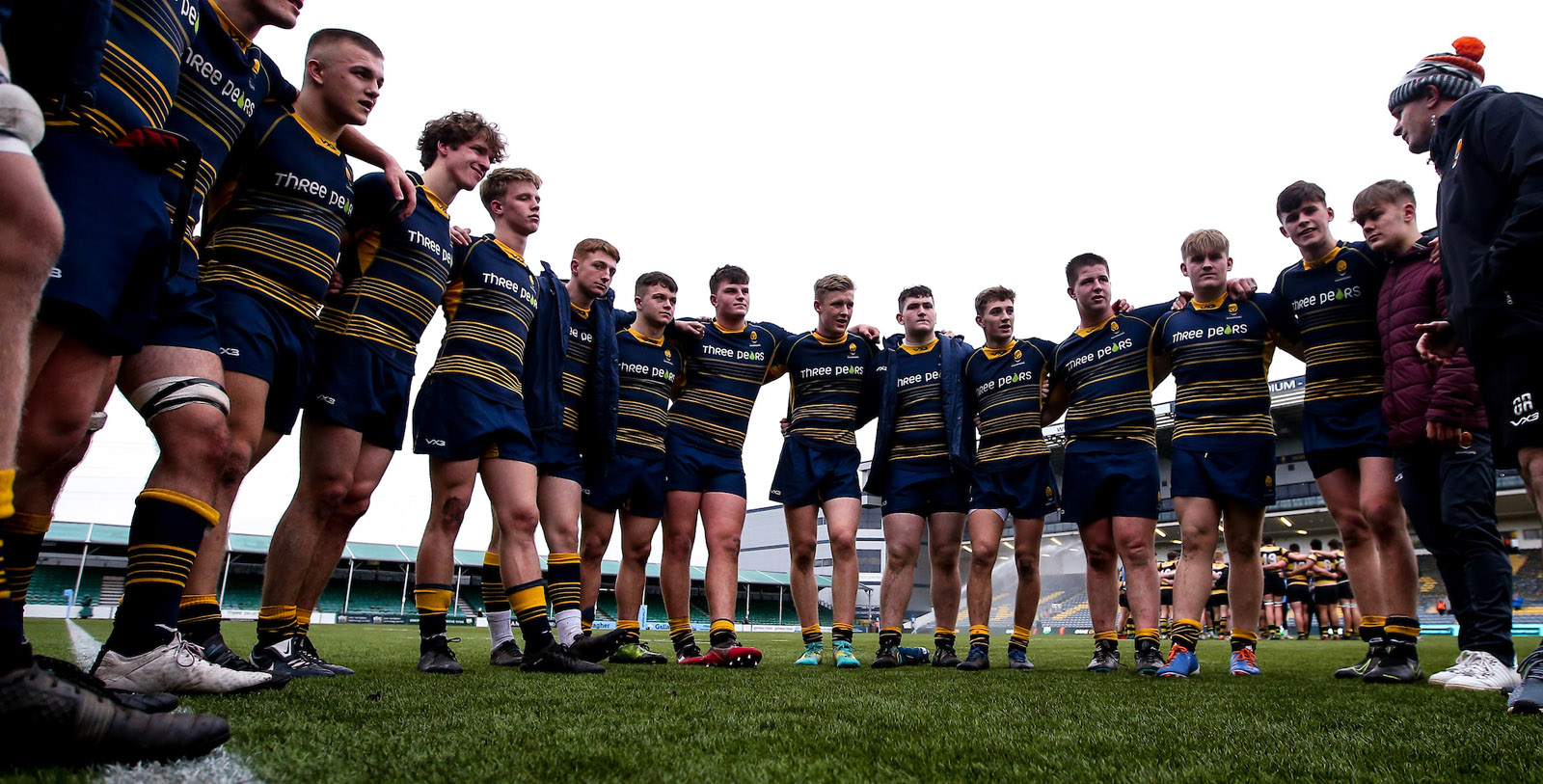 A performance dripping with spirit and desire earned Warriors Under-18s an impressive 36-19 victory at Northampton Saints in the Premiership Rugby U18s League.

Despite the emphatic result, it was Saints who registered the first try of the contest by virtue of back-row Geordie Irvine. The stocky number-eight finished off a swift attacking move to give his side the early advantage at 5-0.

Warriors restored parity on 22 minutes, fly-half Smith slicing through Saints’ defensive line with incredible footwork, before sprinting 30 metres to touchdown. Smith was unable to convert his own score, but Warriors had the momentum which yielded a further score just after the half hour mark.

This time Smith turned provider, combining with wing Wilson, whose electric pace left Saints for dead as he scythed in for Warriors’ second try. Smith added the extras and Warriors led 12-5.

Looking like they would hold on to the lead going into the break, Warriors were unable to prevent Saints back-row Irvine from doubling his tally for the afternoon. Saints’ wish to play an expansive game bore fruit, with Arden converting to make it 12-12 at the interval.

Rain lashing down in the opening stages of the second period, Warriors were not deterred, and further scores from Wynn and Evans put the Sixways outfit in the ascendancy. Sandwiched in between those tries was an outstanding score from Saints’ wing Dani Long-Martinez, who crossed for a try that the Barbarians would have been proud of.

Bonus point intact, outside centre Spencer added further gloss to the score line with the hour mark looming as he showed no mercy to charge through the heart of Saints’ backline to touchdown under the posts. Smith’s conversion underlined Warriors’ supremacy at 29-19 up.

Replacement scrum-half Vries put the icing on the cake for Warriors in the final knockings of the contest when he broke the line to race in under the posts from halfway. Smith’s conversion gave Warriors a well-earned 36-19 victory to put themselves in contention for finals day come the end of the campaign.