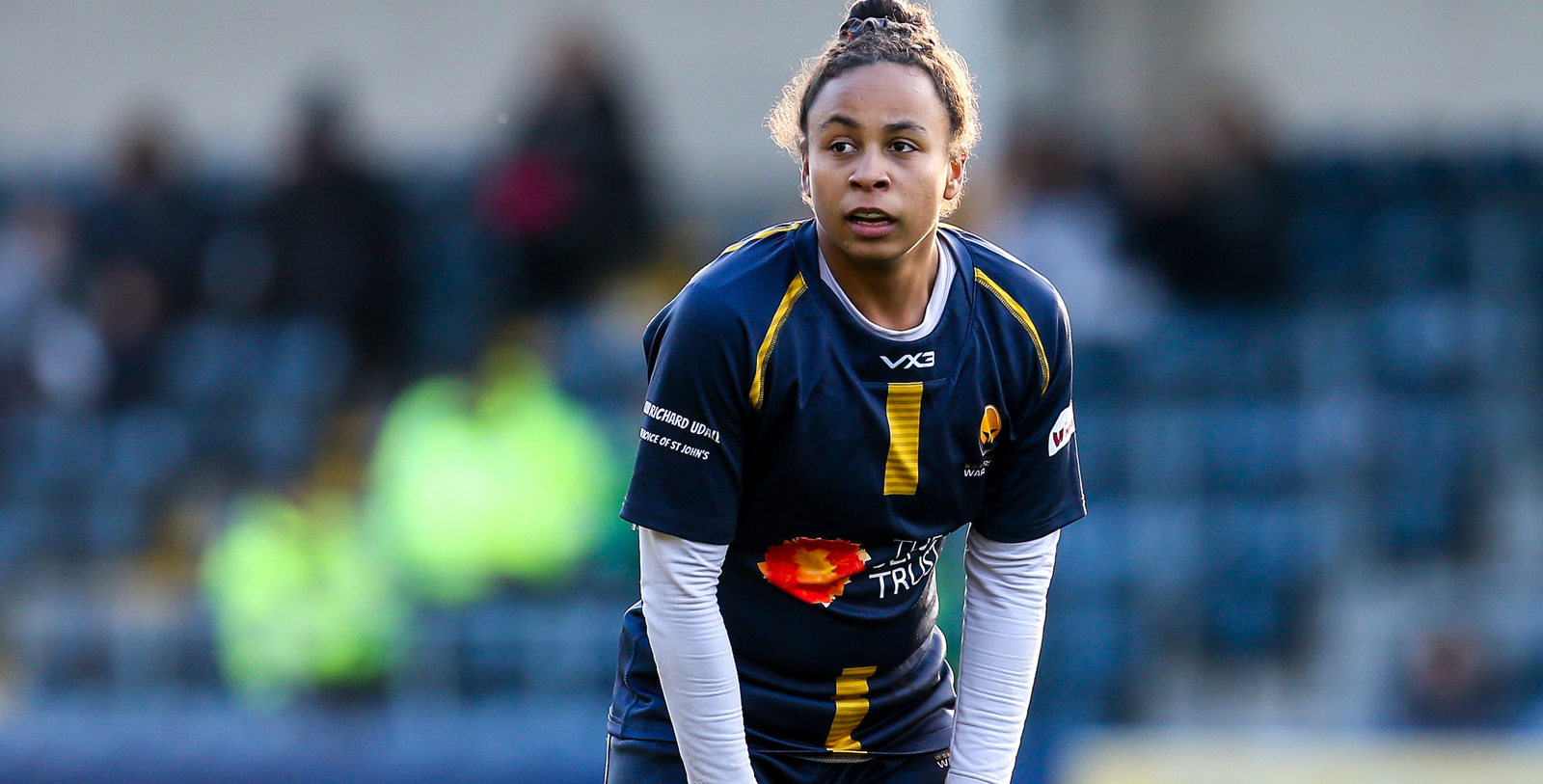 Sioned Harries, who picked up from where she left off last week, ensured Warriors claimed a crucial bonus point with a devastating finish three minutes from time.

Further scores from the impressive Vicky Laflin and England international Laura Keates coupled with a second half penalty try gave Jo Yapp’s side the perfect tonic going into the Six Nations break.

Warriors came out of the blocks in emphatic fashion, putting Saracens under pressure as the pack worked through the phases to set the platform for the backline. Their endeavour in the early exchanges came to fruition, Laflin underlining her explosive pace by sprinting past a flurry of Sarries defenders to touchdown on the back of a neat midfield move involving Meg Varley who had switched to the wing in the absence of Lydia Thompson.

Leading 5-0, Sarries restored parity on 13 minutes through Mackenzie Carson who notched up the first of her two scores with a no-nonsense carry. Three minutes later, the north London club doubled their try-scoring tally for the afternoon courtesy of number-eight England international Poppy Cleall who latched onto the ball after charging down Sarah Nicholas’ attempted clearance. Lisa Martin converted to give the visitors the advantage at 12-5.

Saracens had certainly found their rhythm and three tries in a ten-minute attacking spell put them 29-5 up with half-time looming. A Cleall double and wing Rachel Laqeretabua added further scores to the scoresheet.

Not deterred by Saracens’ clinical onslaught, Warriors demonstrated why they are more than a match for the very best teams in the league as skipper Keates forced her way over the line after excellent build-up play in the pack. Moments earlier Keates and Jade Shekells had combined nicely to puncture a hole in Saracens’ rearguard to give them a warning. Nicholas added the extras to reduce the arrears to 29-12 at the interval.

Saracens came out for the second half firing on all cylinders and extended their lead to 36-12 on 44 minutes, with Carson dotting down for her brace and Sarries’ bonus point, which was converted by Martin.

Rosie Galligan was stretchered off with what looked like a serious injury shortly after and everyone at Warriors sends our best wishes to her.

Relentless with their accuracy and precision with ball in hand, Sarries scrum-half Eloise Hayward scooted in for a try to make it 41-12 immediately after play resumed.

However, back came Warriors and just short of the hour mark they were awarded a penalty try when Laflin’s blockbuster line-break and offload was deliberately knocked-on by a scrambling Sarries defender.

With the score 41-19 to Saracens and with Warriors just one try away from getting a hard-earned bonus point, the crowd at Sixways were in full voice. Botterman bagged her second score of the day on 65 minutes for Saracens, Warriors outstanding resilience in defence eventually unhinged by a strong forward line.

Probing for that all-important try bonus point and cheered on by injured club captain Lyndsay O’Donnell in the stand, Harries had the crowd on their feet when she blasted her way to the line. The Wales international sidestepped her marker, before charging to the line to touchdown in style. Nicholas kicked the conversion to end the game 48-26 in favour of Saracens, but a bonus point going into the Six Nations break was crucial.