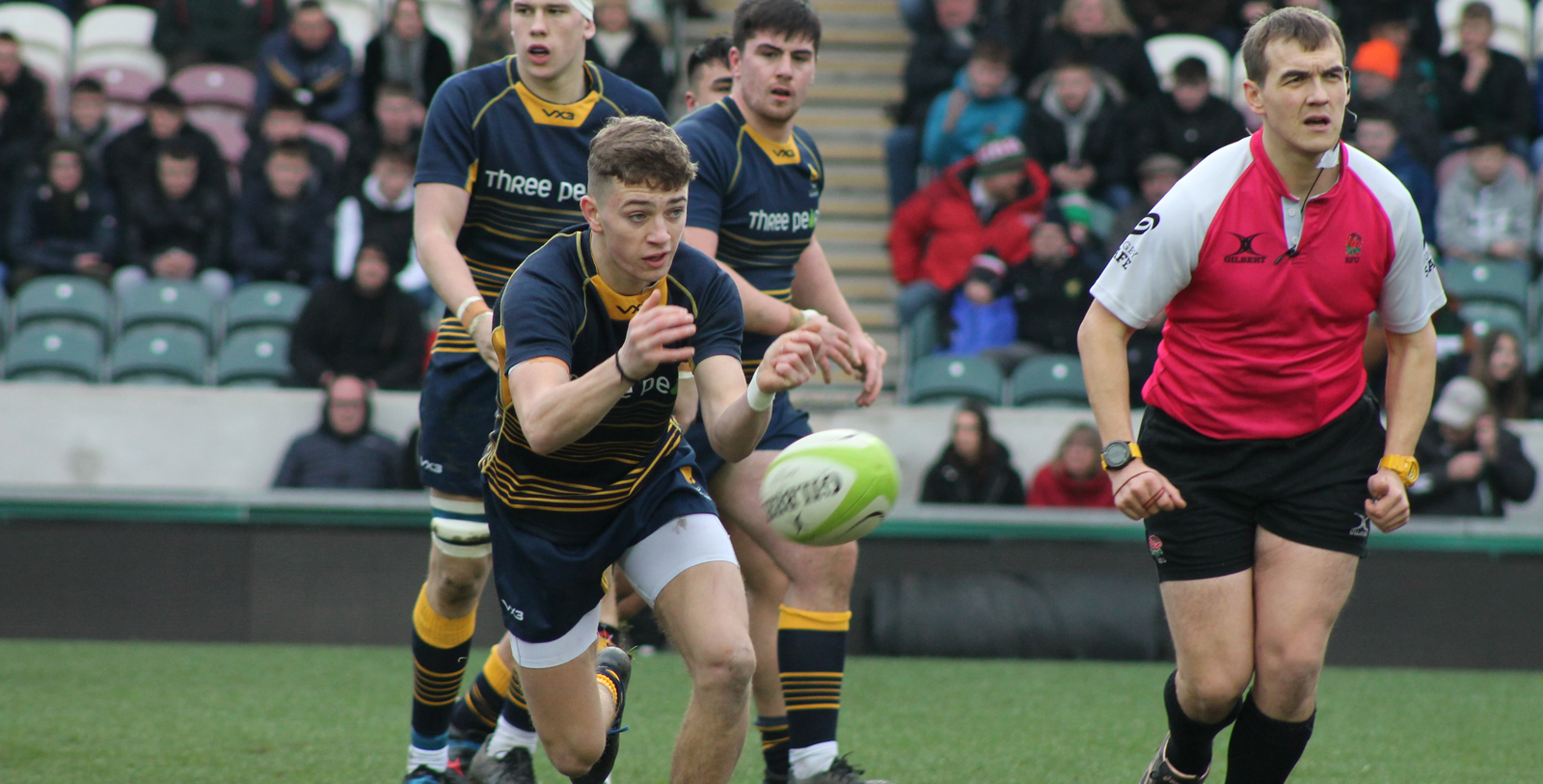 Leicester picked up maximum points, their three break-away tries in the first half coupled with an early second half score proved too much for the visitors. However, a spirited second half display from Warriors rightfully salvaged a point, the talented youngsters embracing the experience of playing at Welford Road.

Tigers opened the scoring on 17 minutes, fly-half Charlie Titcombe supporting Sam Edwards on the charge to touchdown. Titcombe’s conversion made it 7-0. Leicester doubled their try-scoring tally 12 minutes later as wing Jake Sterland bagged the first of his three tries, racing half the length of the field to cross under the posts.

The hosts registered try number three just before the break, with Sterland underlining his pace by collecting Cormac Canlan’s 30 metre dash to race in under the posts.

Tigers picked up from where they left off in the second half, securing the bonus point shortly after the restart courtesy of Sterland, who notched up his hat-trick for the afternoon. Titcombe’s impressive touchline conversion extended Tigers’ lead to 28-0.

Character in abundance, Warriors responded in positive fashion four minutes later when replacement number-nine Wynn dotted down for the first of his two tries. The plucky half-back burrowed over on the back of an incisive backline move to give the Sixways outfit a route back into the game. Finn Smith cannoned the post with the conversion and Warriors trailed 28-5.

Warriors continued to ask question of Tigers’ defensive resolve and on 52 minutes Joe Richardson forced his way over the try line from a driving lineout to send the visiting supporters into full voice. Smith got his kick ratio going for the day, despatching the conversion to reduce the deficit to 28-12.

Three minutes later, Warriors were dealt a blow when openside flanker Fin Thomas was sin-binned for a high tackle and from the subsequent penalty, Titcombe enhanced Tigers’ advantage.

Ten minutes from time, Warriors’ James Mann stretched over from close-range on the back of some potent attack play. The centre’s score cut the gap to 31-17 with all to play for going into the closing stages.

Looking to take something from the game with a try bonus point up for grabs, Warriors built significant pressure on Tigers’ try line to allow Wynn the opportunity to shrug off a series of Tigers defenders and cross the line. Wynn, who was impressive throughout the contest, earned Warriors a deserved try bonus point for their dogged second half display.