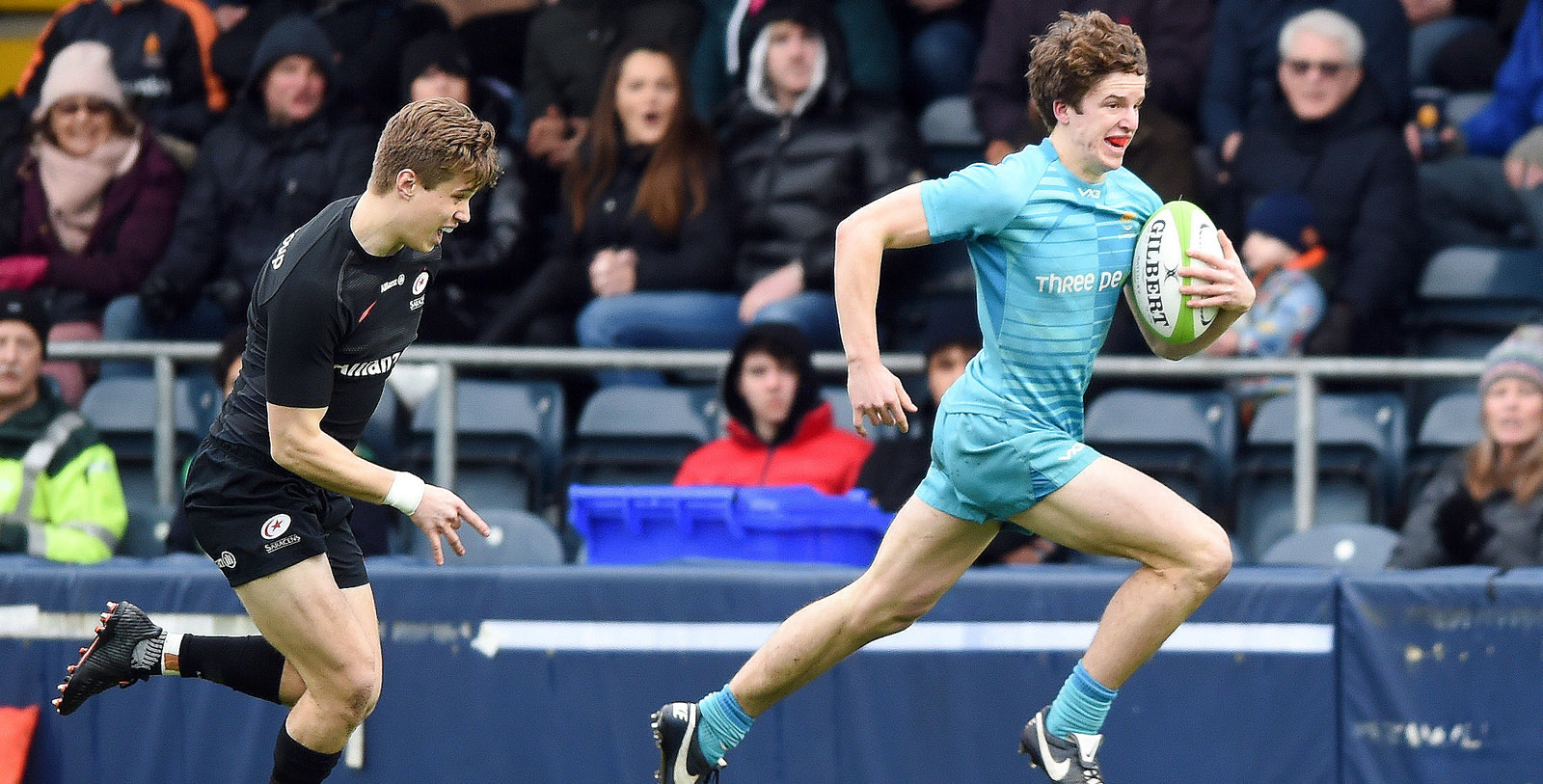 The future is bright for Warriors as the Under-18s defeated Saracens 29-17 at Sixways to claim third place in the Premiership Rugby Academy League.

Warriors, who finished second in the Northern Conference kicked-off proceedings against Saracens in the third-place play-off and were in scintillating try-scoring form with Harry Spencer running in a hat-trick.

Spencer bagged the first score of the afternoon seven minutes into the contest when he collected a looping pass on the nearside, before sprinting half the length of the field to cross in the corner. Fin Smith weathered the blustery conditions to smash home the touchline conversion.

Three minutes later the Londoners hit back through Francis Moore, the wing squeezing in at the corner after the Sarries heavies laid the platform with a string of marauding carries into Warriors’ 22. Alex Cahill was unable to convert, and Warriors led 7-5.

On 18 minutes playmaker Smith doubled Warriors’ tally as he gobbled up Ollie Wynn’s neat kick through to scoot in under the posts. Smith converted his own score to put the Sixways outfit 14-5 up.

Warriors looked menacing with ball in hand throughout the first period, the likes of Tobi Wilson and Seb Atkinson turning defence into attack with a series of line breaks to give Adam Powell’s men much to ponder going into the break. The only blot on the Warriors copy book was the sight of Wynn being carried off the field of play with what looked like an ankle injury five minutes before the interval. With last play of the half, Terrell Harry crashed over for Saracens to reduce the deficit to 14-10 as he latched onto a loose ball at the lineout to burrow his way over.

Saracens came out for the second half all guns blazing following a lengthy pep talk on the pitch at half-time, and it seemed to pay dividends as they immediately put Warriors on the backfoot with devastating attack play to get themselves into Warriors 22. However, Warriors stood firm with their dogged, determined character, which has been a highlight of the campaign, came to the fore as they forced the knock-on.

Warriors’ solid defensive resolve was rewarded on 38 minutes, Smith extending his sides lead to 17-10 with a penalty, before Spencer went in for his second try after pouncing on Wilson’s dab through. Smith’s conversion fell short of the uprights, but Warriors had the advantage at 22-10.

A Wilson Ijeh try on 50 minutes closed the gap to 22-17, the talented wing powering his way over the line from close range. However, Warriors immediately struck back courtesy Spencer who celebrated his hat-trick in style by taking Fin Morgan’s clever inside pass to touchdown. Smith’s radar boot increased Warriors’ lead to 29-17 going into the dying embers of the match.

Sarries launched a wave of attacks to test Warriors’ defensive resistance and even had a try chalked off for a forward pass, but Mike Hall’s men were equal to the task and managed to see out the game to secure a well-earned 29-17 triumph.