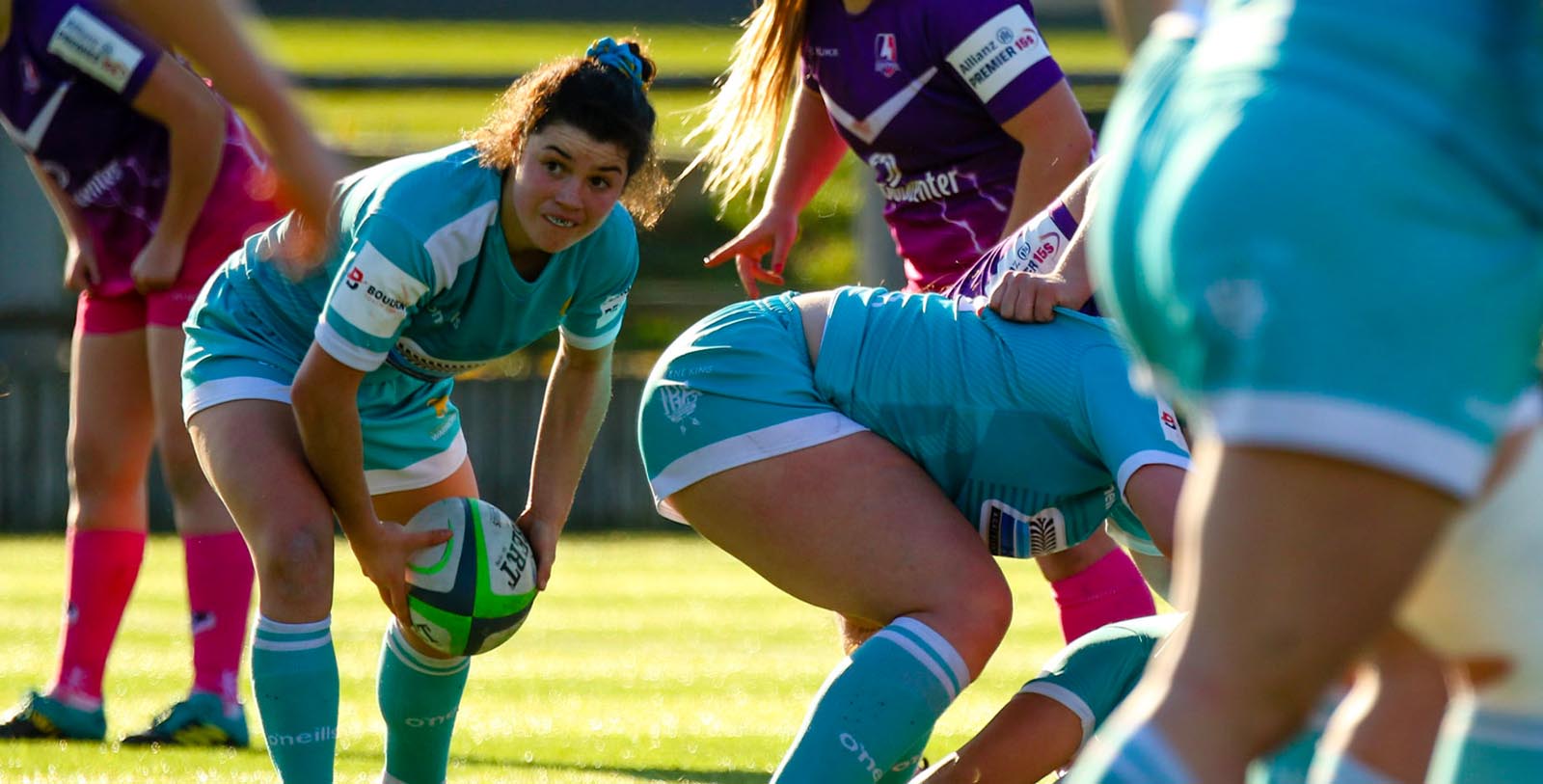 Warriors Women will be itching to bounce back from their Round 13 defeat at title challengers Loughborough Lightning as tries from Carys Cox and Paige Farries were the high points of a frustrating afternoon at University Stadium.

Arguably the 43-14 scoreline did not reflect what unfolded during the contest, with England international Emily Scarratt orchestrating affairs for the hosts in the sunshine.

Warriors began the game strongly, looking particularly streetwise at the breakdown as they earned themselves some crucial penalties when their backs were against the wall.

Indeed, it took Lightning the best part of 17 minutes to finally chalk up the first score of the day through Lark Davies who burrowed over from a driving lineout. Jo Yapp’s side showed character and resilience to offer an attacking threat immediately after conceding, and got themselves to within inches of the try line thanks to some hard yards from the likes of the two Alex’s – Matthews and Callender.

However, their foray into Loughborough’s 22 came to nothing as ill-discipline hampered their momentum towards the whitewash. Lightning were rewarded for their endeavour in defence when they marched up field following back-to-back penalties, before centre Emma Hardy crashed over from close range. Scarratt added the extras to put Lightning 12-0 ahead.

Scarratt got in on the try-scoring act moments later when she raced in for try number three to make it 17-0, having not been able to convert her own score.

On the stroke of half-time, Warriors enjoyed a period of sustained pressure close to Loughborough’s line and after being held up, the visitors attacked the blindside from the resulting scrum to unleash Canada wing Farries to the line. Matthews showed real purpose from the base of the scrum with a marauding carry, with Caity Mattinson and Farries combining neatly on the near side. Sarah Nicholas, who made a try-saving tackle early on, converted superbly from the touchline to reduce the deficit to 17-7 going into the break.

Loughborough wasted no time in securing the bonus point five minutes into the second period through Olivia Jones, prior to Abby Duguid putting her name in lights with a pick and go. Scarratt’s conversion made it 31-7.

Not deterred by the margin of the scoreline, Warriors underlined their attacking prowess as they moved their way up the near channel before switching the ball inside to full-back Cox who sprinted in for a well-earned score. Nicholas certainly had her kicking boots on, slotting home the conversion to cut the gap to 31-14.

It would have been a fair scoreline come full-time, but Loughborough showed their class to dot down twice more before the final whistle thanks to a driving maul and a try for Helena Rowland to end the contest 43-14.

Warriors now turn their attention to Sale Sharks, before a trip to Gloucester-Hartpury and then Bristol Bears at home on the last weekend of March.