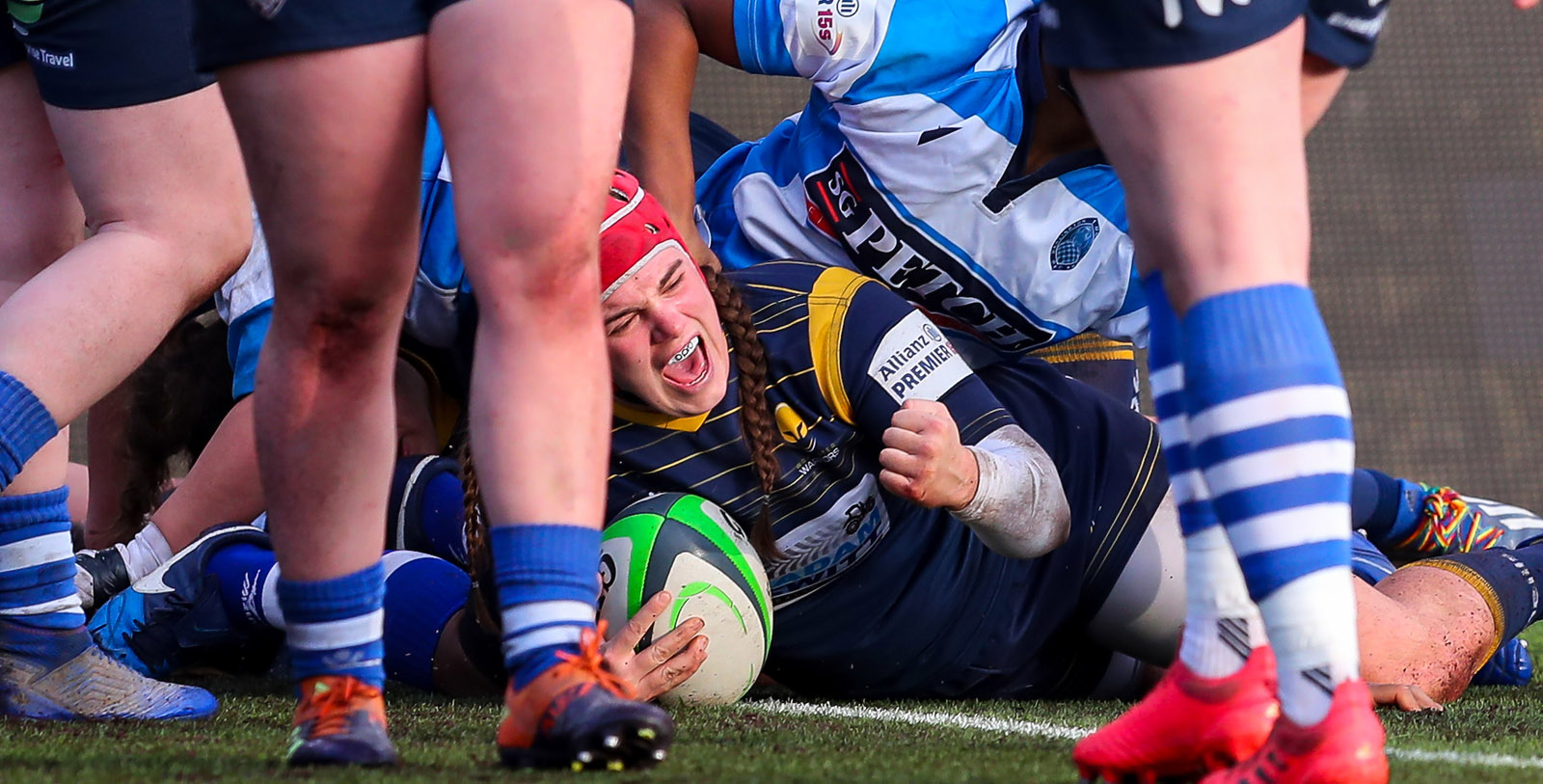 Phillips, who is capped 51 times by Wales, skippers a Warriors side buoyed by a good run of results which has seen them pick up 12 points from a possible 15 thanks to bonus-point victories over Sale Sharks Women and Bristol Bears Women in March.

One of six changes to the side that defeated Bristol 29-21 in front of the live TV cameras, Phillips slots into the front-row alongside fellow compatriot Caryl Thomas who featured in Wales’ opening two Women’s Six Nations matches.

Alex Matthews, a cornerstone of England’s resounding triumph in Italy last weekend, is away with the GB Sevens set-up and is replaced by promising back-row Charlotte Wright Haley at blindside flanker. Wright Haley was part of the England Talent Development Group prior to joining Warriors last summer and will be enthused by the prospect of partnering the in-form Welsh duo of Alex Callender and Sioned Harries in the back-row.

Cara Brincat’s inclusion in the second-row rounds off the changes upfront as Elizabeth Shermer makes way for the Berkshire-born talent, who is currently studying for a PGCE in Physical Education at the University of Worcester.

Meanwhile, there are two changes in the backline with Abi Kershaw and Vicky Laflin returning to the starting line-up, the duo posing significant threats to Quins’ defensive unit with their electric pace.

Kershaw starts at full-back, with Carys Cox moving to outside centre where she partners the impressive Jade Shekells. Laflin gets the nod on the wing as Warriors look to build on their superb form of late and end the campaign on a high.

“Preparations have been good and it was nice to give the girls a bit of a break over the Easter period,” said Warriors Women Director of Rugby Jo Yapp.

“They’ve come back into training and we’ve had some really good sessions in the lead-up to this weekend’s game.

“We have some youngsters coming back into the squad with Abi Kershaw starting at full-back and Charlotte Wright-Haley at flanker. We have such a young squad, but those players getting the experience of playing Premier 15s rugby is very important for us.”

Akina Gondwe is among the replacements, the prop having worked tirelessly on her rehab over the past year and is a welcome addition to the squad for the trip to Surrey Sports Park.

“We’re really excited to see Akina back on the field as she’s worked so hard on her rehab having had an operation,” added Yapp.

“To be able to play for us before the season finishes is brilliant and we’re excited to seeing her get on the field.”

You can watch the game live:-