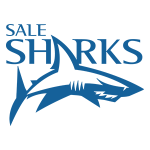 High-octane rugby at its very best was lapped up by a hearty crowd at the CorpAcq Stadium as Warriors Women got their Allianz Premier 15s campaign up and running with a bonus-point victory over Sale Sharks.

Warriors ran in four tries, USA international Alycia Washington scoring on her debut with an explosive ball carry after an excellent line break from hooker Carys Phillips. The score epitomised Warriors’ dominance up front, which was a common theme throughout the contest, much to the delight of Forwards Coach Liza Burgess.

The visitors, despite leading for much of the first half, had to come from behind at the break, having conceded a try five minutes from half-time.

After both sides had traded penalties with the score poised at 3-3, Warriors registered the first try of the afternoon through scrum-half Caity Mattinson, who sniped her way to the whitewash. The likes of Sioned Harries, Alex Callender and Flo Long just to name a few, were outstanding with their patient build-up play to lay the platform for Mattinson to dot down. Vicky Foxwell, strong with the boot throughout, added the extras to make it 10-3.

Lydia Thompson extended Warriors’ lead moments later with a sublime finish before she was forced to leave the field with a head injury after a clearance kick from Mattinson had accidentally hit her full in the face. The England star was thankfully all smiles post-match, with the correct protocols carried out from medical staff.

Sale reduced the deficit on 22 minutes courtesy of wing Jodie Ounsley – the hosts causing Warriors some problems in defence when the ball was switched wide. Lowri Williams, who arguably had her best game in the colours of Warriors made a crucial tackle in the build-up. It was one of many body on the line tackles from the Welsh native and she can be rightfully proud of her display.

The Sixways outfit were made to rue a series of missed chances just before the interval as Sharks centre Hollie Bawden ran riot through a gaping hole to touch down under the posts for a converted try.

Returning to the field with renewed vigour, Warriors looked more in control than the first period and looked strong in the pack to set the stage for the backline to move the ball at pace.

Less than five minutes into the second half, Washington got her name in lights when she bulldozed her way to the line on the back of a lung-busting carry from Phillips, who looked very good at the set-piece. Foxwell made no mistake with the extras and Warriors were 22-17 ahead.

The deeper into the second half that we got, the more dominant Warriors’ pack became with Burgess notably satisfied with what she was witnessing from the stand. More chances came the way of Jo Yapp’s side, but tiny inaccuracies such as forward passes and a wrong option halted them in their tracks.

Fingernails were being munched on 64 minutes when Sale thought they had retaken the lead with a kick and chase try, however the referee ruled that there was not sufficient downward pressure.

Sale had to see out the remainder of the match with 14 players when they were penalised for a high shot on Paige Farries. Foxwell pulled the subsequent penalty attempt wide of the upright.

Warriors could breathe a little easier six minutes from time when Harries secured the try bonus-point as the heavies mauled their way to the line with panache. Foxwell’s boot extended the score line to 29-17, with Sale hunting for the losing bonus-point going into the dying embers.

Sale managed to salvage the losing bonus point and the try bonus point by courtesy of a debatable try, scored under the posts in front of the iconic clubhouse. Irwin raced through a gap at pace, but when she went to touch the ball down she appeared to have lost control of the ball.

Try given, the conversion was successful too – but the day belonged to Warriors, who got their campaign up and running in style.