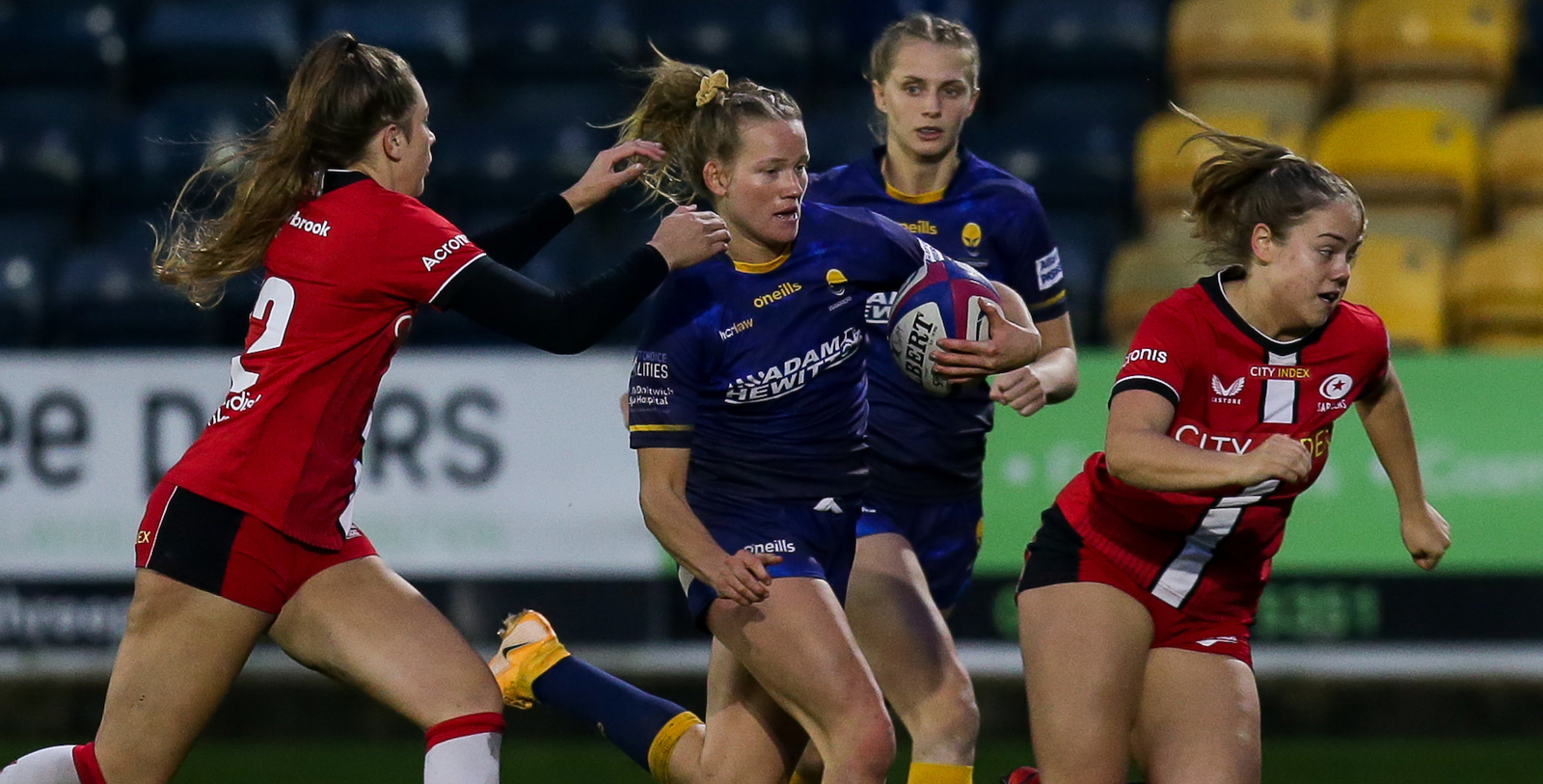 Warriors Women were unable to stop a clinical Saracens outfit littered with England stars from maintaining their perfect start to the Allianz Premier 15s season.

The Londoners ran in five tries against a Warriors outfit, who were punished by a high penalty count against them, which gave the visitors the platform on which to attack.

Skipper Lotte Clapp opened the scoring on seven minutes, racing clear of the chasing Lyndsay O’Donnell as the visitors hit Warriors with a try against the run of play.

Warriors had made a bright start to the contest, having dominated the first scrum, however Clapp’s explosive pace undid the hosts’ defensive line.

After Harris had extended Saracens’ advantage to 8-0 with a penalty, they doubled their try-tally on 18 minutes when wing Rachel Laqeretabua scythed in at the corner. Sarries built pressure and with a two-player overlap, Laqeretabua profited to increase the deficit to 13-0.

Just past the midway point of the first period, Saracens registered their third try through Harrison, who capitalised on a handling error under the high ball, to sprint in to touchdown in the corner. Harrison converted her own score to make it 20-0, which is how it stood at the break thanks to a resilient Warriors defence.

It took the Women In Black 16 minutes of the second period to score the try which secured their bonus-point – Poppy Cleall crashing over from close-range, with Harrison’s boot extending the scoreline to 27-0.

Not deterred by the margin of the scoreline, Warriors continued to ask questions of Sarries’ defence, and they broke the deadlock on 62 minutes when Cara Brincat crossed under the posts to the delight of those home fans who stayed behind after the men’s game.

Sensing a way back into the contest, Warriors were pinged by the referee for an infringement at the breakdown and the two-time Premier 15s champions needed no invitation as they brought up their fifth try through Kay Evans on the back of a rolling maul.

Harrison’s conversion rubber-stamped victory for her side as Saracens headed down the M40 with a 34-5 bonus-point victory.