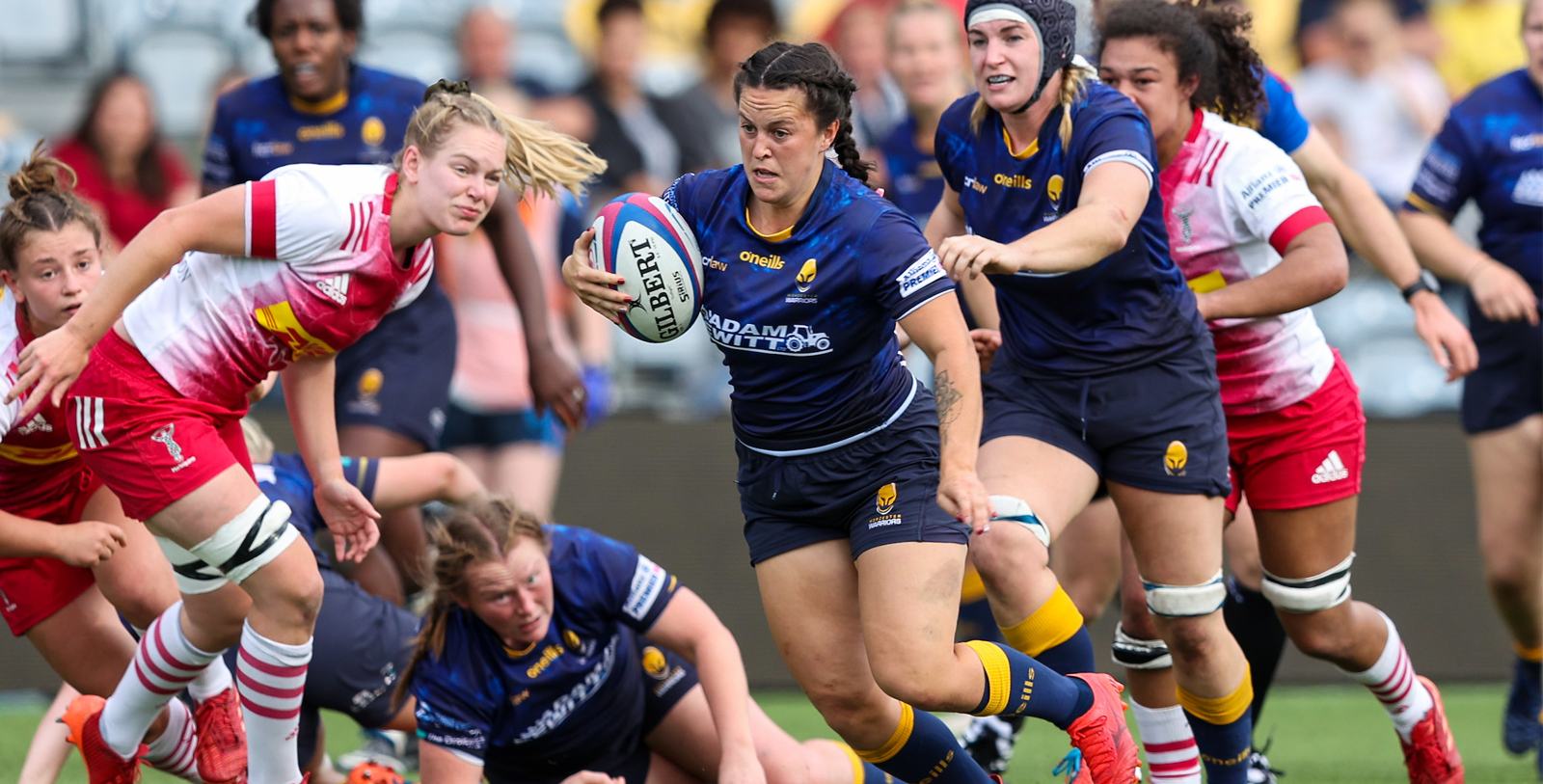 Thompson, who was named in Simon Middleton’s England training squad alongside teammate Alex Matthews yesterday, is one of five changes to the side that locked horns with Saracens last week.

Fresh from her selection in the Wales squad for this autumn’s three-match series, scrum-half Ffion Lewis starts her first game of the season. Capped 14 times by Wales, the dual-code international is in her second stint at Sixways and partners Japan playmaker Minori Yamamoto at the heart of Warriors’ backline.

Up front, Jo Brown’s selection at number-eight is the only change to a pack that has impressed already this campaign, with their set-piece functioning well.

No fewer than five players were called up to their country’s training squad yesterday, with Warriors Women Director of Rugby Jo Yapp paying tribute to them in the build-up to tomorrow’s trip to Loughborough.

“As a club, we are really proud of Lydia [Thompson], Alex [Matthews], Alex Callender, Ffion [Lewis] and Caryl [Thomas], who have all been selected for England and Wales,” said Yapp.

“We’re delighted to welcome Lydia back to the team after missing the last few games through injury and I’m looking forward to seeing her in action.

“Loughborough are a team who like to move the ball around, especially with Helena Rowland at fly-half – she is an exciting player with a good running game. They have some young talented players too, so we’ll need to be on our game from the first whistle”