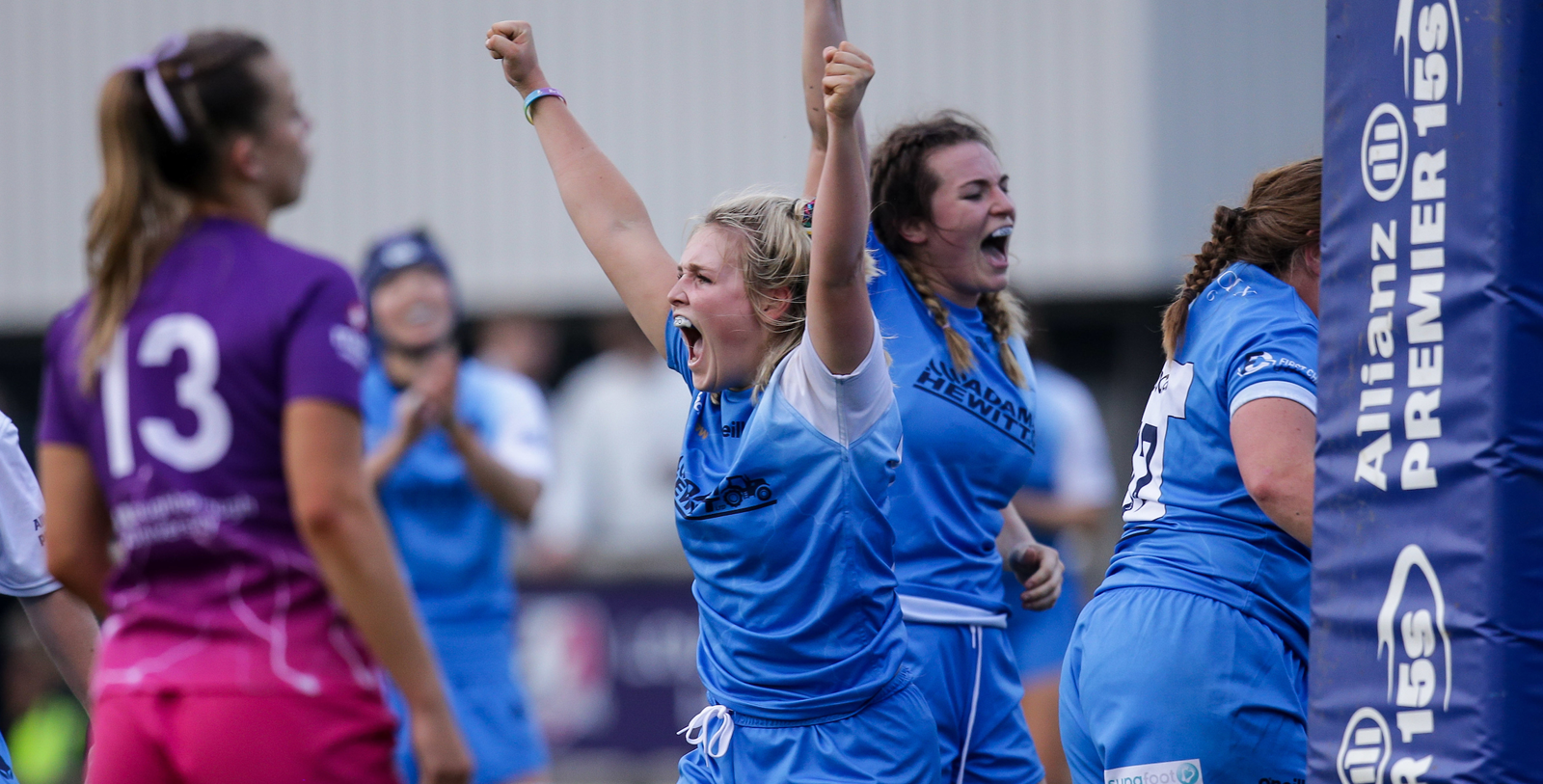 Laura Keates, on her return from an ACL injury that had sidelined her for nearly 18 months, scored what proved to be the decisive try on her return to action. The England legend dotted down for a converted score with ten minutes remaining to give Warriors an eight-point cushion after teammate Alycia Washington had romped to the line to edge the visitors ahead.

The victory sparked scenes of jubilation and keeps Warriors in a healthy league position going into the international break.

The first half was scoreless, with both sides defending for their lives in extraordinary fashion to repel a series of counter-attacking moves. Warriors’ Lydia Thompson, who like Keates, returned to the fray following injury, was called into action in defence when she thwarted opposite wing Megan Gaffney with a try-saving tackle.

Lightning had periods of sustained pressure on Warriors’ line, however an excellent robust defence kept the home side at bay. Chances were at a premium for Warriors in the first period, the best opening coming when Thompson and Alex Matthews combined on the far side to unleash the latter – only for the Olympian be tackled five metres from the try line.

It took until the 44th minute for the first points of the contest to be registered, Japan fly-half Minori Yamamoto smashing home a penalty to put Warriors 3-0 ahead. However, former Warrior Lark Davies responded for the hosts in clinical fashion when she burrowed her way to the line from a driving lineout. Helena Rowland’s conversion made it 7-3 to Lightning, giving Jo Yapp’s troops food for thought.

Yapp introduced Keates from the bench on the hour mark to a rapturous applause from her fellow teammates and visiting supporters. No sooner had she been on the pitch, Warriors hit top gear, and Washington’s explosive 30-metre carry resulted in a contender for Try of the Season.

Washington romps to the line

The USA international fended off a series of Lightning defenders on her way to the whitewash, and after a consultation with the touch judge, the try was given.

Moments later, Warriors doubled their try-scoring tally through Keates – the experienced tight-head crashing over from close range following excellent work from the pack as they muscled their way towards the line. Ellen Murphy’s conversion extended Warriors’ lead to 15-7.

A tense finish was on the cards, and with Davies touching down for her second try of the game – a carbon copy of her first – three minutes from time, Warriors had to withstand a barrage of pressure, but a Murphy penalty in the closing stages ensured victory.