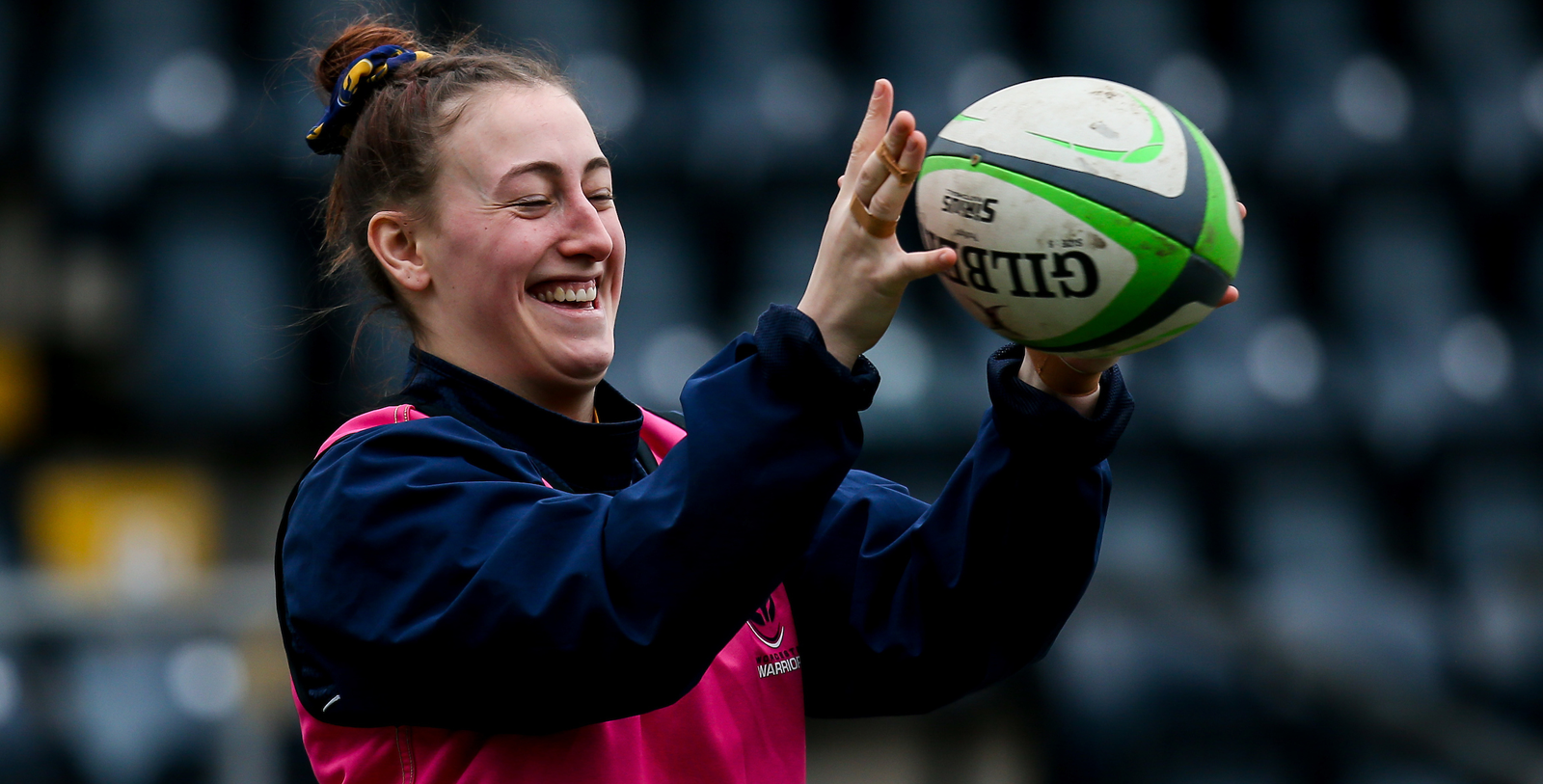 Carmen Tremelling will make her 50th appearance for Warriors Women against DMP Durham Sharks at The Darlington Arena tomorrow as the Allianz Premier 15s makes a welcome return (kick-off 3pm).

Tremelling, who hails from Yorkshire, has taken her game to new heights in recent seasons and has been a consistent performer for Jo Yapp’s side.

The versatile forward packs down in the front-row with hooker Carys Phillips and tight-head prop Flo Long. Phillips will undoubtedly be on a high following her international exploits with Wales, having scored a hat-trick against South Africa.

Jemima Moss, who represented England Under-20s last week with fellow teammate Abi Kershaw, starts in the second-row alongside Amelia Buckland Hurry. Aggressive back-row Taz Bricknell is back after an injury lay-off, while Wales international Alex Callender gets the nod at openside flanker. Jo Brown starts at number-eight, the England capped ball carrier coming up against her former club.

In the backline, Jade Shekells is the most notable inclusion – the talented centre combining with Carys Cox in the midfield. After a successful autumn series with Wales, Ffion Lewis orchestrates affairs at scrum-half with goal-kicking supremo Ellen Murphy occupying the fly-half berth.

Cat McNaney, Abi Kershaw and Vicky Laflin are Warriors’ back three danger players, with the trio possessing electric pace with ball in hand.

“It’s good to get back to the Allianz Premier 15s and preparations have gone well this week,” said Attack and Backs Coach Sian Moore.

“We have a lot of respect for DMP as they are a really resilient team, and they’ll bring a lot of fight and physicality to the game.

“The international campaign has been an exciting period for a lot of our players and as a club we are so proud of them. Some of our international players have been given some time to decompress and rest after a busy autumn, but we’re excited to welcome back the likes of Ffion Lewis, Carys Phillips, Alex Callender, Caryl Thomas and Minori Yamamoto.”