Lewis Holsey came out on top against his Warriors team-mate Morgan Monks as Hartpury beat Ampthill 39-24 at Dillingham Park in the Championship on Saturday.

Loosehead prop Holsey made his seasonal debut for Hartpury having re-joined them on loan last week and he started for the Gloucestershire club before being replaced at half-time.

Number eight Monks played the full 80 minutes for Ampthill but was unable to save them from a home defeat.

Warriors back-row forward Caleb Montgomery came on as a second half replacement for Cornish Pirates in their 15-5 defeat by Jersey Reds at the Stade Santander International.

Warriors hooker Joe Richardson also came off the bench for Coventry who went down 36-23 to strugglers London Scottish at the Richmond Athletic Ground.

Warriors’ unexpected extended stay in Newcastle meant that Kai Owen missed out on his debut for Doncaster who defeated Championship leaders Ealing Trailfinders 22-5 at Castle Park.

Owen had joined Doncaster on loan to help ease their front row problems but was also a travelling reserve for Warriors in Newcastle.

Three Pears Warriors Academy trio Tobi Wilson, Seb Atkinson and Finn Theobald-Thomas were due to play for leaders Stourbridge against Blaydon at Stourton Park but Storm Arwen put paid to the match. 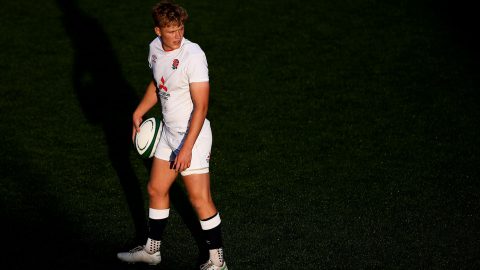