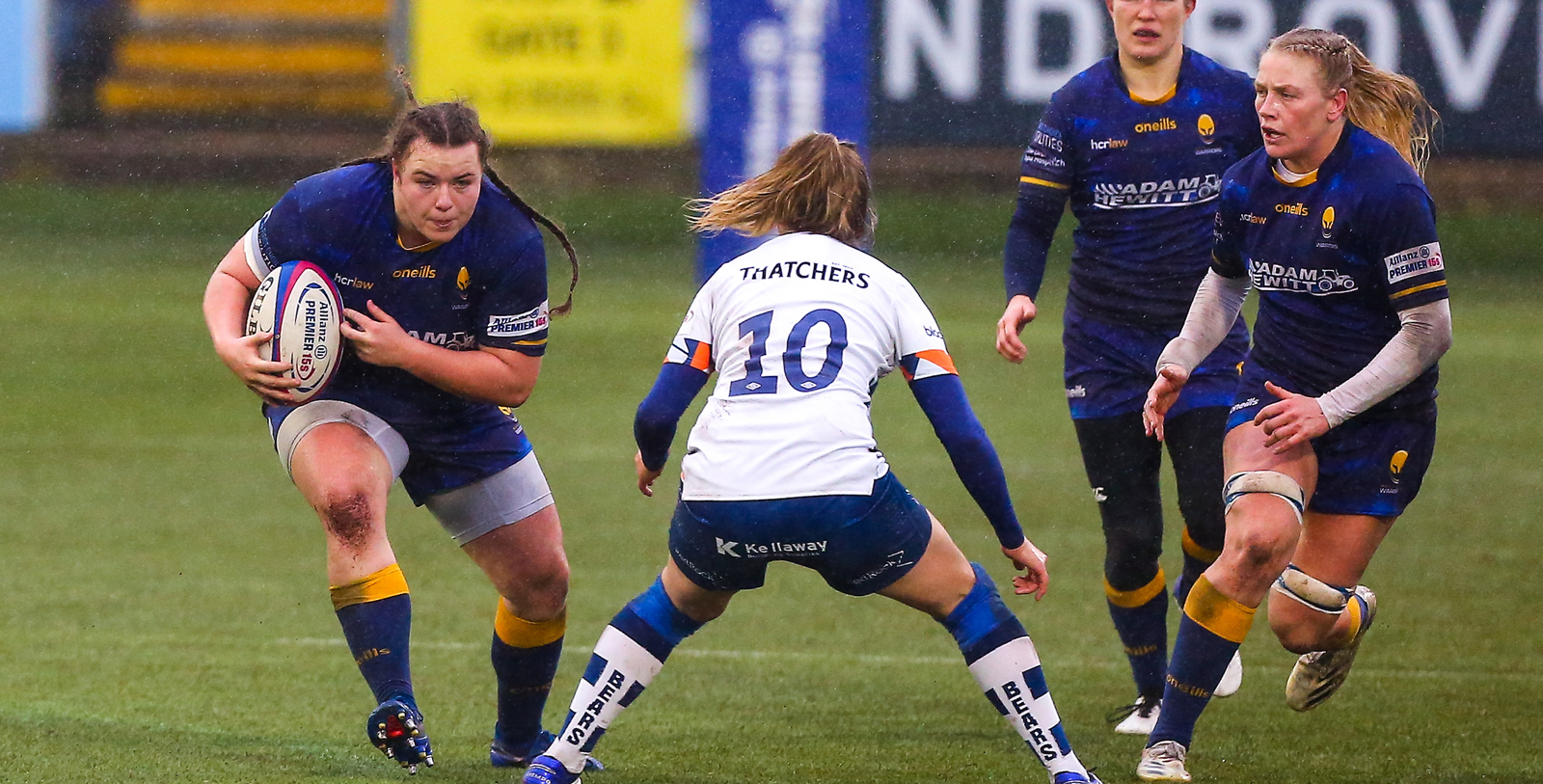 Bristol Bears made the most of Sioned Harries’ 53rd minute sending off to come from behind and snatch victory with a last gasp try from Holly Phillips in the Allianz Premier 15s.

Harries’ innocuous tackle on halfway, was deemed a red card by the referee with Warriors leading 12-7 at that point. Backs to the wall, Jo Yapp’s charges defended heroically to thwart a Bristol onslaught, but with Lyndsay O’Donnell sin-binned for infringing at the breakdown on 77 minutes, the 13 players were unable to stop Bristol’s full complement from taking the spoils back down the M5.

It was arguably Warriors’ best display of the campaign, with the likes of Meg Varley, Alex Callender and Lana Skeldon putting in a real shift.

Marketed as the Christmas Cracker fixture, the match certainly lived up to its billing and some, as supporters were treated to an edge of the seat spectacle which saw Amber Reed’s touchline conversion ultimately win the game for Bears after Phillips’ try two minutes from time.

Phillips was driven over from a line-out, with Bears’ pack benefitting from the absence of forwards Harries and O’Donnell, who were both dismissed.

Warriors were 12-7 up at the break thanks to tries from Alex Callender and Meg Varley either side of an Ella Lovibond score.

Callender’s quick-thinking at the breakdown saw her scoop the ball up and race in at the corner just six minutes into the contest, with Minori Yamamoto’s touchline conversion making it 7-0. Back-row Callender was in the thick of the action from the word go, carrying the ball with real purpose and defending astutely. Her try sparked celebrations in Warriors’ camp and set the tone for a fascinating game at a rain-soaked Sixways.

Bristol  threatened an immediate response, but Warriors’ defence, which was the hallmark of an impressive performance, stood firm. It took Bears until the 28th minute to restore parity when full-back Lovibond got on the end of a sweeping attack, which England international Reed converted.

Warriors threatened to hit back as they built a period of sustained pressure inside Bears’ 22, and their attacking endeavour was rewarded when Warrior of the Match Varley bulleted her way to the line with a fine individual score. The centre rampaged her way to the whitewash from 25 metres out to put Warriors 12-7 ahead at half-time.

It was all Bristol in the second period as Warriors looked to catch the visitors on the counter, Canada international Paige Farries eying up a series of long distance try-scoring opportunities.

Warriors’ task was made difficult when Harries was shown a red card, but to their credit the home sides stuck to their guns with some robust tackles dislodging the ball from the hands of the Bristol backs. Lydia Thompson’s ball and all hit was the pick of the tackles in the second half to the delight of the vocal Sixways crowd.

However, with the dismissal of experienced Wales back-row Harries and then the sin-binning of O’Donnell on 77 minutes, the pressure eventually told as Bristol made the most of the two extra players in attack by virtue of Phillips’ drive over score.

Bristol were awarded a penalty, which was kicked into the corner, and from the subsequent line-out, Phillips was driven over and we were all square at 12-12 with the conversion to come. Reed kept her cool to slot home from the touchline to regain top spot for Bears, while Warriors had to settle for a losing bonus-point going into next week’s derby with Gloucester-Hartpury at Sixways.