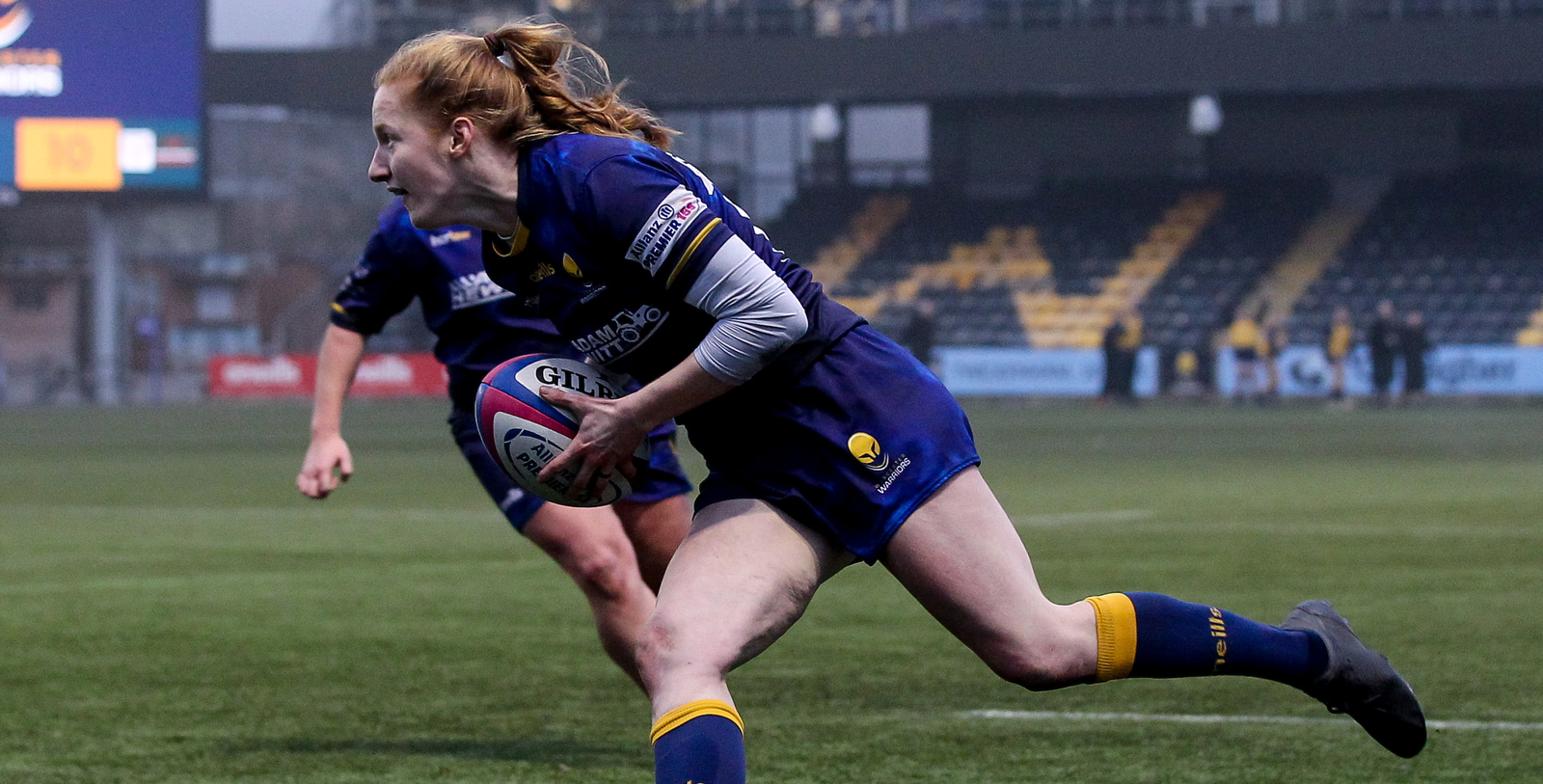 Consistency will be one of Warriors Women’s objectives in 2022 as they ended the year with a 36-10 defeat at home to Gloucester-Hartpury, having pushed high-flying Bristol Bears close last week.

Jo Yapp’s side, who were forced into making a few late changes, never really got going from the first whistle, with field position at a premium throughout the contest as Gloucester turned on the style thanks to tries from Rachel Lund, Emma Sing and a brace apiece from Zoe Aldcroft and Sisilia Tuipulotu.

Gloucester got into their stride as early as the fourth minute when Lund raced into the corner and ten minutes later Sing doubled her side’s lead – the full-back finishing off a sweeping attack from inside Warriors’ 22.

Warriors cut the gap to 10-5 on 22 minutes courtesy of Farries, the Canada wing taking a bullet pass from Caity Mattinson to touchdown unchallenged as the hosts made full use of numbers on the near side.

Buoyed by their score, the hosts were unable to deal with the restart as they knocked on inside their own 22 and this allowed the Cherry and Whites to build immediate pressure, with Aldcroft crashing over from close range.

Four minutes later, Aldcroft bagged her second try of the game, with a carbon copy of her first score as Gloucester punished Warriors for individual mistakes once more. Sing converted to increase Gloucester’s lead to 24-5.

As half-time loomed, Warriors continued to play an expansive style of rugby and they were rewarded when number-eight Brown underlined her brute strength to power her way to the line, which reduced the deficit to 24-10 going into the break.

A Warriors knock-on from the kick-off when play resumed in the second half seemed to set the tone for the remainder of the game as the temperature plummeted considerably. From the scrum Gloucester worked through the phases and there was no stopping Tuipulotu, who fended off a series of would-be tacklers on her way to the line.

Cherry and Whites in full flow

The Cherry and Whites continued to cause problems for Warriors in defence as they looked to work the ball through the backline at speed, with Mo Hunt orchestrating affairs at scrum-half. A try-saving tackle from Farries and a trademark Alex Callender chop tackle came to Warriors’ rescue, but Gloucester’s pressure eventually told when Tuipulotu crashed over for her second try.

Warriors finish with a flourish

Warriors played some Barbarians style rugby towards the end of the game, with Cat McNaney breaking the line before offloading an outrageous backhanded pass to Alycia Washington who was in space. Lydia Thompson was in support, but she was halted by a robust challenge which was penalised. Deciding to tap and go with the subsequent penalty, Warriors were turned over which summed up their afternoon as Gloucester went down the M5 with maximum points.