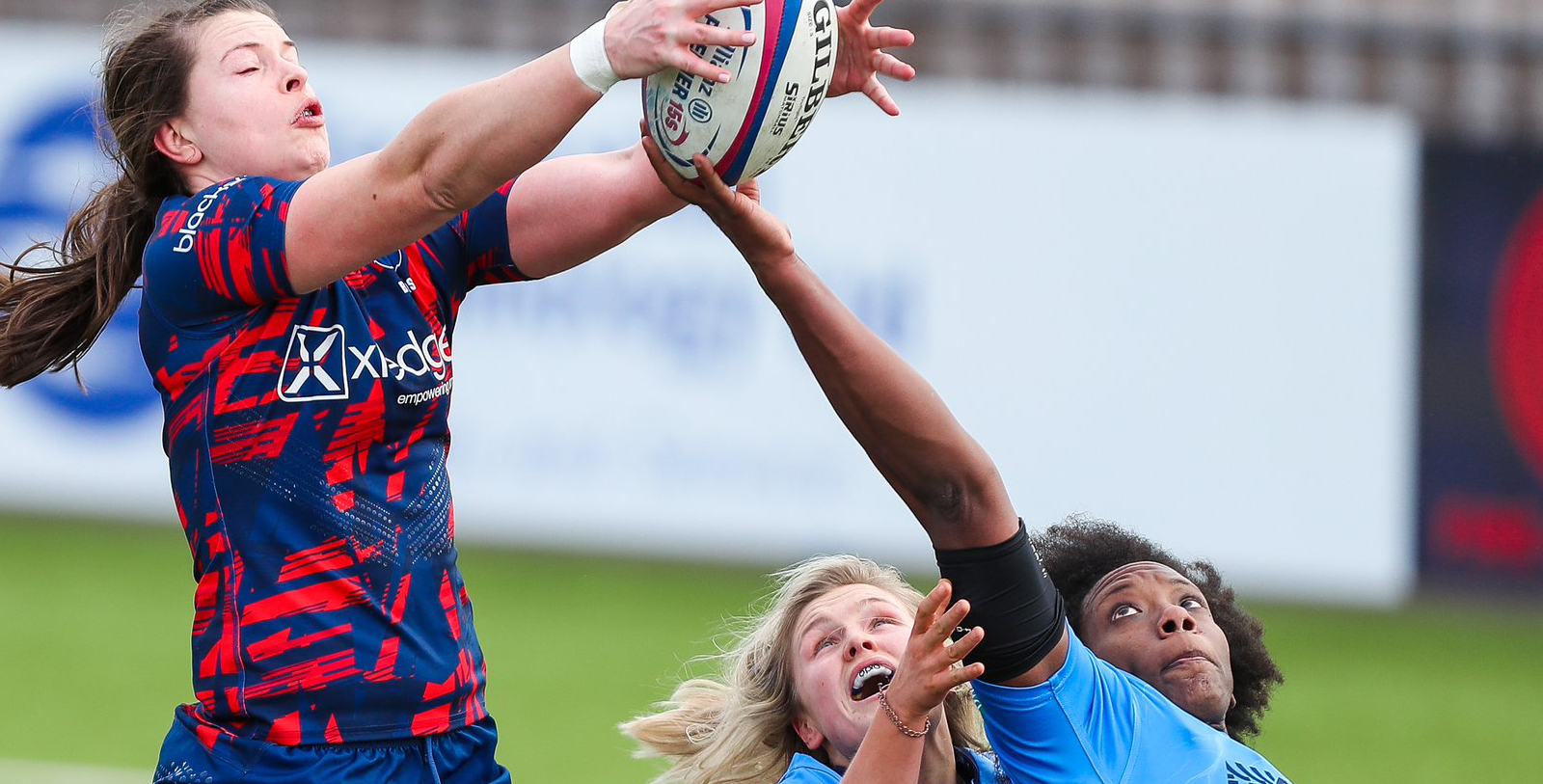 The Wales international kept her nerve, whilst mastering the blustery conditions to convert Kayleigh Powell’s try and break Warriors’ hearts at the end of a game which could have very easily gone the other way.

After a scoreless first half in which both sides defended heroically, it was Warriors who registered the first score through Sioned Harries. The Experienced Wales international back-row, who was a colossal figure at the heart of the pack until she was forced off with an injury, crashed over from close range on 48 minutes.

Patient build-up play by the forwards, presented Harries with the chance to dive over and put Warriors 5-0 up, with Minori Yamamoto unable to add the extras.

Bristol inevitably went on the attack from the restart, with Warriors’ excellent defensive unit coming to the fore when Jasmine Joyce broke clear as the hosts threatened an immediate response. Joyce versus Lydia Thompson was a mouthwatering prospect ahead of the game and both were in fine fettle when unleashed into open space.

With the Bristol heavies forcing Warriors back at the set-piece as the second half progressed, Alycia Washington was yellow carded for persistent infringement which was the impetus that Bears needed to level the score.

⏱️ 67m | Back to the full complement as @Afro_lycia returns to the fray.

Snowsill punted a penalty into the corner and from the subsequent line out, the ball was driven over, with Hannah West emerging from a heap of bodies with a smile on her face. Snowsill’s conversion fell short, with the score poised at five apiece.

Washington returned to the field of play on 67 minutes, and this gave the Sixways outfit renewed vigour as they looked to retake the lead going into the final ten minutes of the game.

Jade Shekells did just that on 71 minutes with a scintillating burst of speed to leave a series of Bears defenders in her wake on her way to the whitewash. Sarah Nicholas took over the goal-kicking duties, but she was unable to add the extras and Warriors were 10-5 ahead.

The centre blitzes through a gap to score!!! @S_Nicholas_6 is unable to convert.

It looked like Warriors would be heading back up the M5 with the spoils, but Bristol’s forward line flexed their muscles, and after Shekells was yellow carded for a deliberate knock-on, they made full use of the extra player, with full-back Powell getting on the end of a sweeping attack to cross in the corner.

Bears snatch it at the death. We left everything out there!