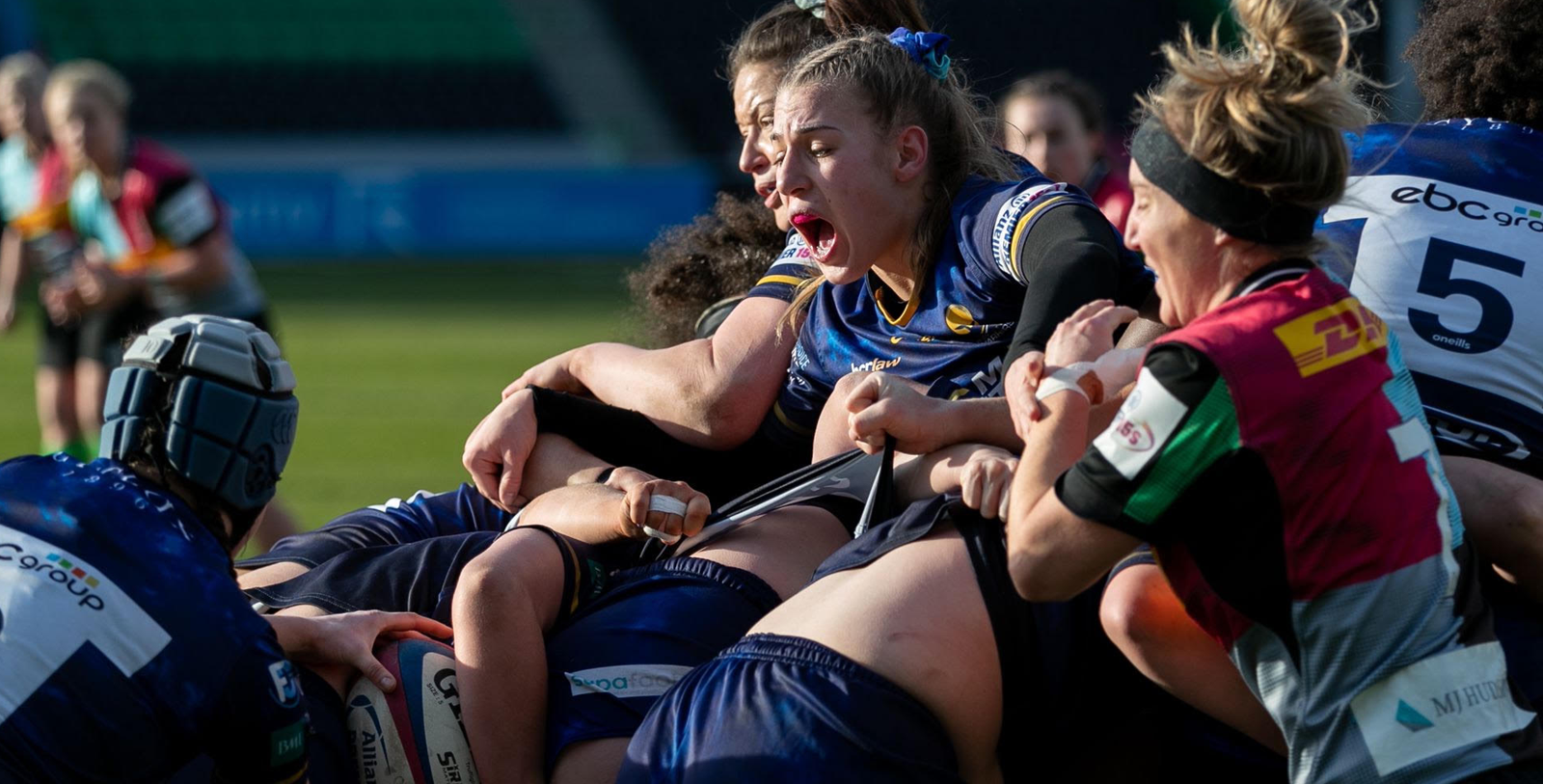 Warriors Women were unable to contain a swashbuckling Harlequins as the Londoners bolstered their play-off hopes with a seven-try victory at The Stoop in the Allianz Premier 15s.

Warriors, who were without their Wales and Scotland players due to international commitments, crossed twice in the second half through Lydia Thompson and El Febrey to give Jo Yapp’s side something to smile about on the coach journey back up the M40.

After a frantic opening 15 minutes, Heather Cowell registered the first try of the contest – evading the attempted tackle of Sarah Nicholas and Paige Farries to cross in the corner. Tuima then bagged the first of her two scores five minutes later when the hosts made full use of a three player overlap on the far side, before Izzy Mayhew notched up try number three on 26 minutes.

Undeterred by the 15-0 scoreline, Warriors showed tremendous character to test Quins’ defensive resolve with a series of attacks – the pick of those a barn-storming ball carry from Jade Shekells.

On the stroke of half-time Sarah Nicholas reduced the deficit to 15-3 with a penalty from bang in front of the posts, with Warriors rewarded for their muscle at scrum time. Alex Matthews was again colossal for Warriors in the back-row, both in attack and defence all afternoon.

It took Quins eight minutes of the second period to secure the try bonus-point, through hooker Amy Cokayne from a driving lineout and on 54 minutes Tuima bagged her brace to add further gloss to the scoreline.

The @EnglandRugby star did it all on her own as she skipped past half the Quins team to cross in the corner!

Warriors reduced the deficit to 27-10 four minutes later thanks to a piece of magic from England wing Lydia Thompson, who beat seven defenders on her way to the try line. Ball in hand and assessing the scene, Thompson jinxed past three defenders before backing herself to the corner for arguably the try of the match. Ellen Murphy took over the kicking duties to slot home the touchline conversion.

The hosts responded in positive fashion and just past the hour mark, Rosie Galligan and Sarah Beckett combined superbly, with the latter crashing over to make it 32-10. Jade Mullen registered Quins’ final try of the afternoon, squeezing in at the corner after Shaunagh Brown had created the platform with a lung-busting ball carry into Warriors’ 22. The Red Roses prop was a constant threat all game and was the catalyst for Quins’ attacking platform.

El Febrey, who played the full 80 minutes, managed to give the travelling contingent at The Stoop something to cheer when she dotted down from a driving lineout in the closing stages. It was a carbon-copy of the try that she scored at DMP Durham Sharks last month and it marked her second since her return from a lengthy injury.

However, the day belonged to Quins who pushed home their advantage with an Ellie Green penalty with the last kick of the game to make it 42-15.

📺 A moment of magic 🪄 from @Lbthom1 at the weekend!