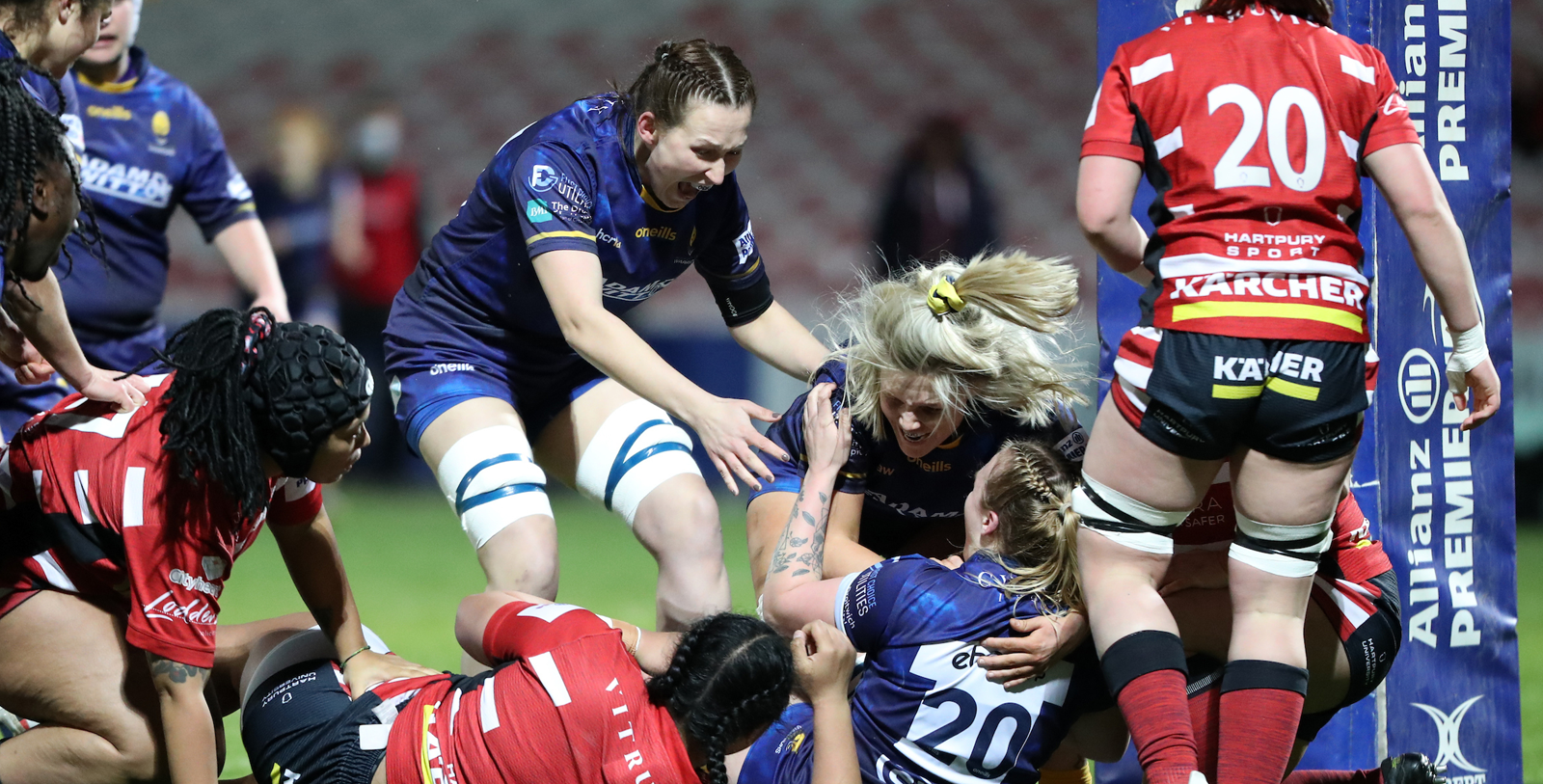 A second half fight-back was not enough for Warriors Women as a 77th minute penalty from Emma Sing sealed victory for Gloucester-Hartpury at Kingsholm in the Allianz Premier 15s.

Jo Yapp’s side were 12-0 down at the break courtesy of tries from Bethan Lewis and Sisilia Tuipulotu, but a rejuvenated second period saw Cat McNaney and Taz Bricknell cross the whitewash to level the score with ten minutes to go.

The game kicked off at the later time of 5.30pm following the men’s game between Gloucester and Northampton Saints, and it was high-octane stuff from the off, with the hosts taking a second minute lead.

Second-row Lewis crashed over from close-range following a series of drives inside Warriors’ 22 to put Gloucester 5-0 ahead.

Undeterred by the early set-back, Worcester composed themselves and defended superbly against a relentless Gloucester attack. Alex Callender, yet again, put in a strong defensive display – her trademark chop tackle coming to the fore on a series of occasions, while the returning Caity Mattinson and centre Meg Varley relieved some pressure with good go forward into the Cherry and Whites’ half.

The home side extended their lead on the stroke of half-time thanks to Tuipulotu, who underlined her brute strength to touchdown under the posts. Sing added the extras for 12-0 going into the break.

Warriors director of rugby Yapp will have undoubtedly had some choice words at the break, and they immediately had an effect with Worcester looking a much different proposition in the second half.

After a try-saving tackle from Warriors’ Sarah Nicholas, the visitors turned defence into attack, and McNaney went over in the corner. The front-row replacements of Lana Skeldon and Lisa Cockburn had made an immediate impact to get Worcester on the front foot, and with numbers on the far side, the full-back touched down in style.

12-5 down, Warriors continued to turn the screw with accurate attacking intent, which eventually yielded their second score of the evening on 70 minutes through Bricknell. Bricknell hit the ball at pace to leave a series of defenders in her wake on the way to the try line. Nicholas’ conversion made it 12-12 going into the closing stages.

Gloucester were on the front foot from the restart and ventured into Warriors’ half with gusto to earn a penalty, which Sing duly converted. The visitors, with just two minutes to go, galvanised and had one last roll of the dice as they came forward in numbers knowing that a mistake would be their last of the contest. Warriors worked through the phases, drive after drive getting closer to Gloucester’s try line, however the Kingsholm crowd were in full voice when the move came to nothing and the referee blew for full-time.