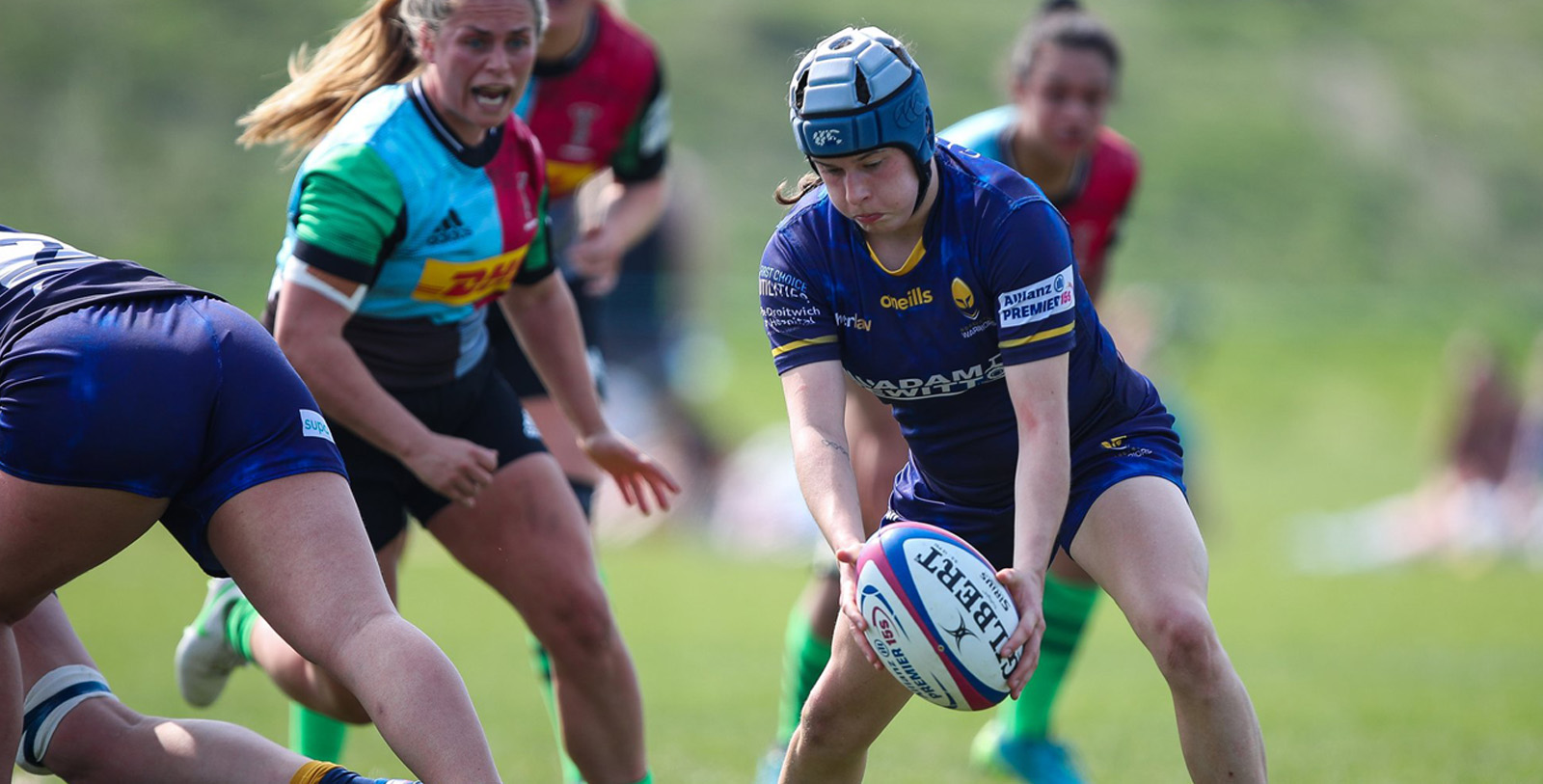 It was heartbreak for Warriors Women as Harlequins’ Beth Blacklock slotted home a penalty from 35-metres out to deny Jo Yapp’s side a place in the Allianz Cup final.

Taz Bricknell’s try two minutes from time looked to have booked Warriors’ place in next week’s final, however Quins managed to muster a penalty moments after the restart which Blacklock duly converted.

That kick sparked scenes of jubilation in the home camp, while Warriors players were on their knees in disbelief having put everything into the game.

The first half was scoreless, with chances at a premium as both sides looked to find a way through water-tight defences. England centre Lagi Tuima looked particularly dangerous with ball in hand and was denied a try by a superb covering tackle from Minori Yamamoto just before the break.

A nail-biting Allianz Cup semi-final here in the capital!

Warriors began the second half in positive mood and went ahead on 46 minutes when Abi Kershaw sprinted 60-metres to touchdown in the far corner. Kershaw looked like she had knocked the ball on in her attempt to prevent a clearance kick from finding touch, but the referee waved play on and the full-back did the rest for a 5-0 lead.

Three minutes later, Quins cut the gap to 5-3 by virtue of an Ellie Green penalty, before taking the lead on 55 minutes through Jenny Kronish. The second-row gathered a loose ball at the lineout five metres from Warriors’ line to stretch over to put her side 8-5 up.

Quins had the momentum and just past the hour Sarah Beckett increased Quins’ advantage as she spun out of two tackles on her way to the line. Tuima added the extras to make it 15-5 to give the blue and golds much to ponder going into the closing stages.

Yesssssssssssss!@TazBricknell with a try in the last minute as she crashes over from close range.

As has been the case throughout the Allianz Cup, Warriors illustrated their resilience in abundance with two tries in a frantic eight-minute period putting them in front.

Firstly, replacement centre Jade Shekells skipped past a flurry of home defenders to dot down under the posts for a converted try, and then Bricknell crashed over from close range.

17-15 up, Warriors just had to see out the dying embers of the contest, however, Quins won a penalty at the breakdown to give them a last throw of the dice. Blacklock pointed to the posts and her monster kick arrowed between the uprights to prevent Warriors from going through to to what would have been a well-deserved place in the final.