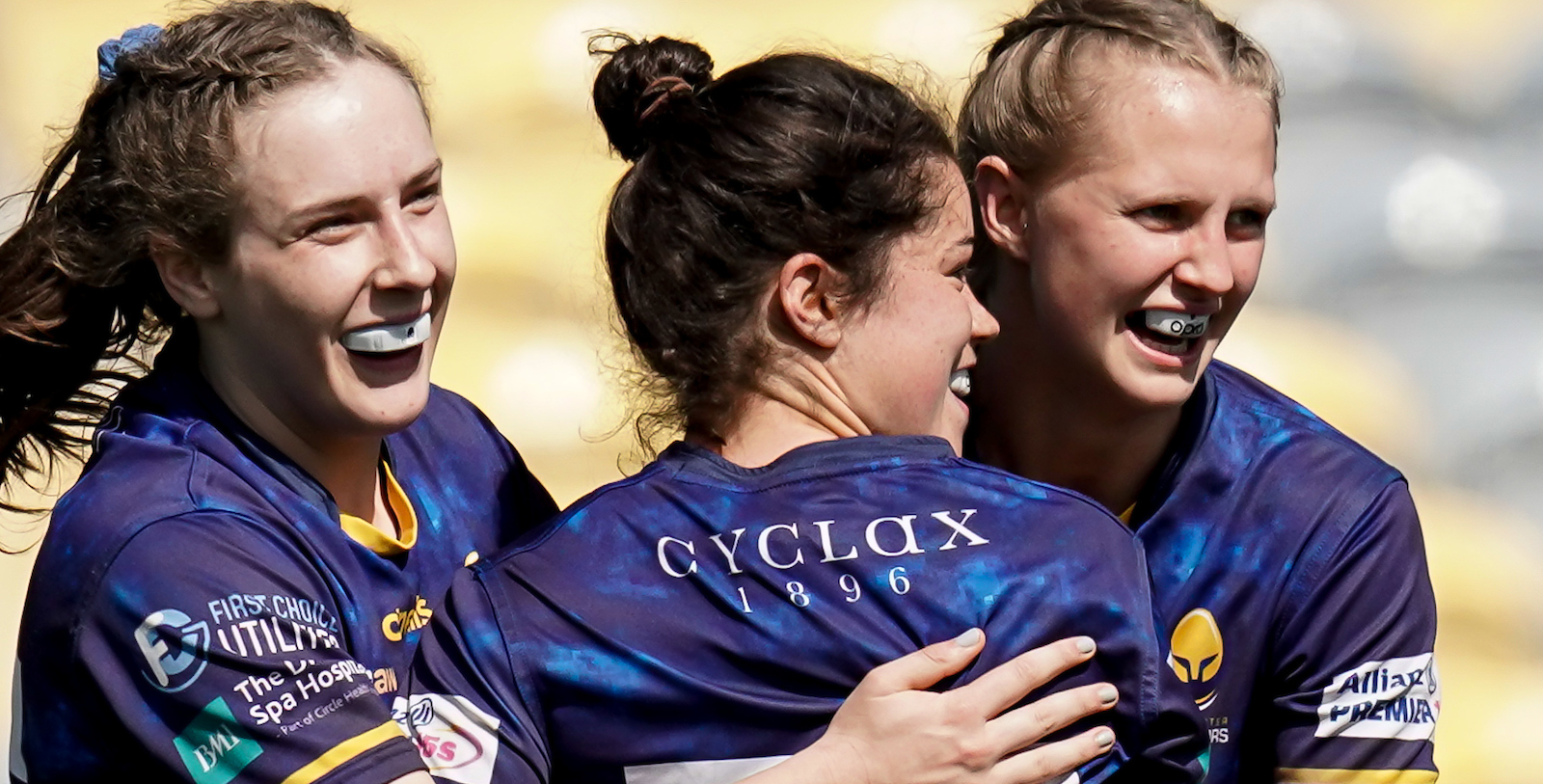 Warriors Women came from 24-17 down at the break to seal a memorable 34-24 victory over an Emily Scarratt inspired Loughborough Lightning in the Allianz Premier 15s.

A Carys Phillips double in the last 20 minutes of the contest completed an impressive turnaround for Jo Yapp’s side, who have now completed a season double over the Leicestershire outfit.

After Scarratt and Warriors’ Minori Yamamoto had traded penalties, Lightning registered the first try of the game on 16 minutes through skipper Rachel Malcolm who added the finishing touches to a dominant rolling maul. Scarratt made no mistake from the tee to extend her side’s advantage to 10-3.

Warriors hit back four minutes later courtesy of Meg Varley, the centre powering 30-metres to touch down in style on the back of some excellent link up play from Caity Mattinson and Vicky Laflin. Yamamoto levelled the scores with the conversion.

On the half hour mark, England star Scarratt put Loughborough ahead once more as she took the initiative with the penalty coming, to slice through Warriors’ defensive line and cross under the posts. She improved her own score to put Lightning 17-10 ahead.

Five minutes later Megan Gaffney got on the end of a sweeping Loughborough attack to score in the corner, with Scarratt’s sublime touchline conversion making it 24-10 to the visitors.

Warriors underlined their resilience and character in abundance to keep their heads in the remaining minutes of the first half, knowing that the next score would be pivotal in defining the outcome of the match. And it was Warriors who got the try thanks to Flo Long as the blue and golds patiently worked through the phases up front, leaving the prop with a chance to crash over from close range. Yamamoto’s conversion cut the gap to 24-17.

Fresh from her Grand Slam-winning triumph with England, Alex Matthews came on at the break and what a difference she made to proceedings as Warriors enjoyed a lot more front foot ball coupled with a clinical edge at the set-piece.

It took the home side 13 minutes of the second half to get back on level terms, with Caity Mattinson diving over for an opportunist score. Again, Warriors kept their composure as they drove the ball towards the line, and Caryl Thomas’ back handed pass bounced kindly for Mattinson, who scooted in under the posts.

24-24 following Yamamoto’s conversion, England Sevens centre Jade Shekells thought she had given Warriors the lead when she crossed in the corner only for the referee to rule it out for a forward pass in the build-up.

Warriors’ pressure kept mounting and on 65 minutes Wales hooker Phillips scored the first of her quickfire double as she highlighted her brute strength at the lineout, before repeating the trick six minutes later.

Phillips’ double ensured Warriors had a ten-point cushion going into the final few minutes in which they stood firm to nil their visitors in the second half and record another marque win.