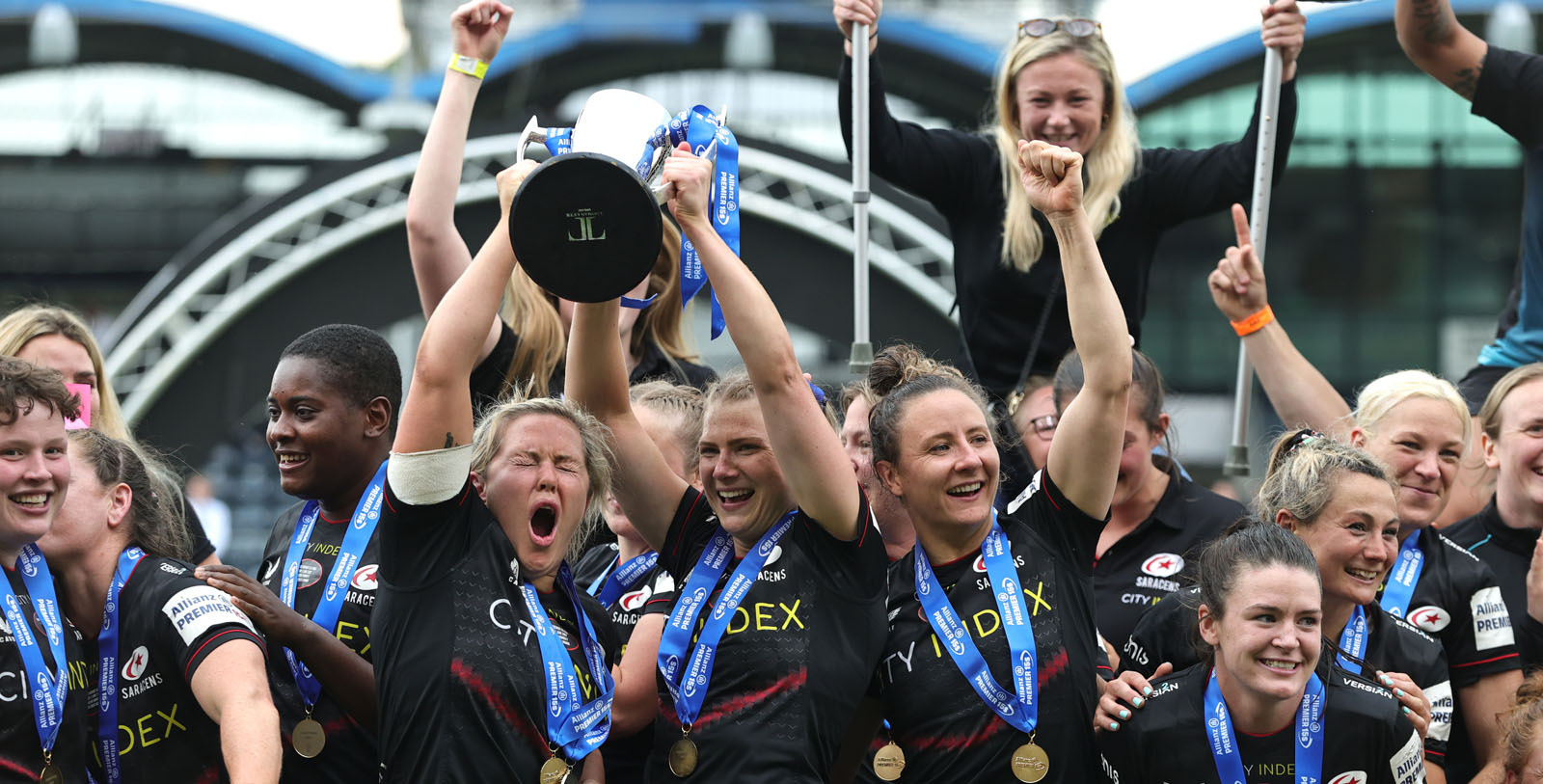 Saracens Women clinched their third Allianz Premier 15s title with a 43-21 win over Exeter Chiefs in a high octane final at Sixways.

The win confirmed the standings at the end of the regular league season when Saracens finished 11 points ahead of Exeter after 18 rounds of matches.

It was the first time that the final had been played at Sixways and a 3,238 crowd enjoyed the excellent Bank Holiday entertainment on and off the pitch.

Exeter, making their first appearance in the final, played their part in a fast, furious and skilful contest but it was Saracens’ clinical finishing that made the difference.

Whenever they got a sniff of the line, Saracens scored with their back-row of Marlie Packer, Vicky Fleetwood and Mackenzie Carson in devastating form.

Number eight Packer scored a try at either end of the first half, both from close range, with openside Fleetwood also crossing after a series of pick-and-go attacks. Unsurprisingly Packer took the Player of the Match award.

Exeter responded with a cheeky try from fly-half Patricia Garcia, which Gabby Cantorna converted, but centre Alev Kelter converted all Saracens’ tries before the break and she added a penalty for good measure.

Exeter needed to score early in the second half if they were to deny Saracens, instead they failed to deal with the re-start kick which gave the Women in Black the opportunity to apply the pressure which led to blindside Carson being driven over for another converted try.

Rather than settling Saracens, that try appeared to lift Exeter.

After loosehead prop Hope Rogers had been held up over the line from a tapped penalty, Exeter produced the try of the final, with a sustained attack and slick handling creating space for left wing Jennine Detiveaux to cross and Cantorna to convert.

But Saracens responded with a battering run from Packer into Exeter’s 22, followed by a wave of close-range drives and a try for hooker May Campbell and a fifth conversion from Kelter.

Saracens’ backs eventually got in on the act when right wing Alysha Corrigan broke through some tired tackles and Kelter’s 100 per cent record came to an end when she took more than 90 seconds after the try had been scored to take the conversion.

Exeter wrapped up the scoring when replacement back-row forward Ebony Jefferies went over from a driving lineout with Megan Foster landing the most difficult conversion of the final from the touchline.