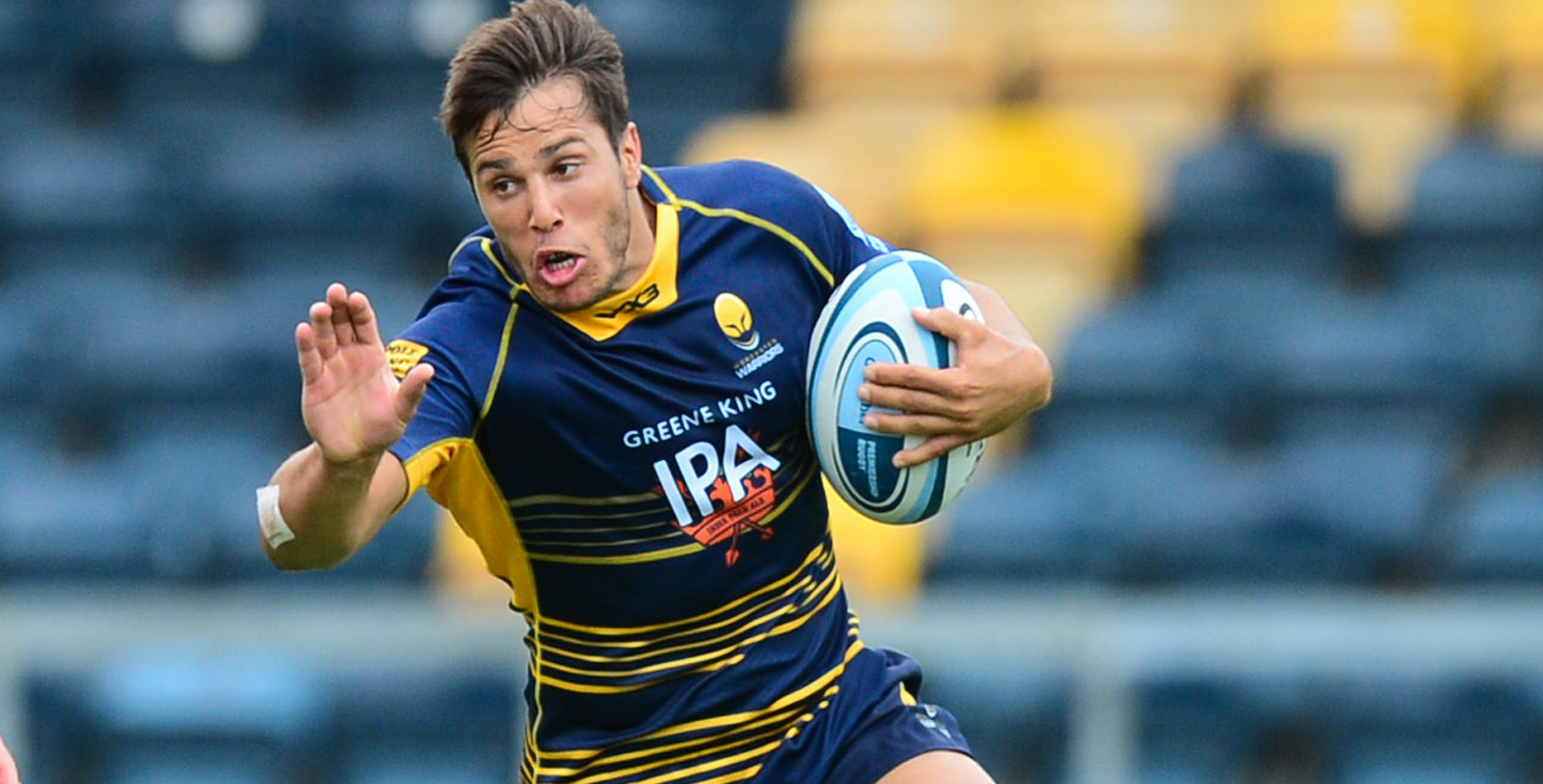 Worcester Cavaliers fell to a 31-26 defeat but picked up two late bonus points in an entertaining Premiership Rugby Shield opener against Newcastle Falcons at Sixways on Monday night.

Falcons led 17-5 at the break through tries for Tom Marshall and Zach Kibirige despite a Matt Cox score for the Cavaliers, who should have made more of a Tom Hicks yellow card.

A charge down allowed Joe Margetts to slide over for Cavaliers early in the second-half but a second for Kibirige and a breakaway try for Jamie Blamire seemed to have settled the contest for Newcastle.

But the young Cavs’ never-say-die attitude saw them earn a penalty try before Ervin Muric raced over in the final minutes to earn them a try-bonus point and a losing bonus-point.

There was one last chance from the kick-off but the hosts coughed up the ball as Newcastle held on for their win.

Matt Cox was a busy man in the opening exchanges with some big hits and bulldozing carries but it was Newcastle who got the first points on the board after a quick surge from James Elliott opened up the hosts and after some phase-play, back row Marshall exploited the space out wide to dot down.

Cavaliers looked to hit back as they kicked in behind Falcons but the visitors broke up field with Kibirige who exchanged passes with a teammate before going under the posts.

Worcester then won a series of penalties which were kicked to the corner and got themselves on the scoreboard as Cox got his try after crashing over from the back of a catch-and-drive.

The hosts were at it again a few minutes later, with the pack getting the upper hand at the scrum and from the resulting penalties and driving mauls, Hicks found himself in the sin-bin for pulling a maul down.

Newcastle held firm despite the man disadvantage for ten minutes and denied Worcester in their 22 twice during that period, before adding a penalty through Connon after Cavs were pinged for crossing just inside their own half.

Cavaliers found themselves 17-5 behind at the break but were up against 14 men once again when Kibirige was yellow-carded early in the second period for a high tackle on Margetts after a lightning break from the Hartpury centre.

Cavaliers did grab their second try after a smart charge down by Rob Fuller fell into the hands of Margetts who gratefully waltzed over the line for Luke Scully to add the extras.

Falcons didn’t enjoy much good territory in the second-half but with their best opportunity of the period, they converted just after the hour-mark as Kibirige went over in the corner and Connon’s low kick swerved back between the posts to earn them a 12-point cushion.

Cavaliers pressed into the Falcons 22 once again as they looked to find a way back into the contest but a stunning break from Kibirige allowed the visitors to shoot up field and hooker Blamire ran a good support line to go under the posts to end any hopes of a Worcester comeback.

Farai Mudariki came off the bench to make his Sixways bow as the front row all came on for the final ten minutes and they immediately gave the hosts some impetus as they dominated the scrum to get inches from the line and eventually the referee awarded a penalty try.

Just moments later, a stunning Sam Hollingsworth break teed up Muric who sped under the posts for Scully to convert and all of a sudden, Cavaliers had secured the try-bonus point and had one last chance at pinching an unlikely win.

However, a dropped ball from the restart put an end to any faint hopes as Newcastle held on to secure all five points.

The Cavaliers head to Leicester Tigers next Monday night for their second game of the campaign and will no doubt go into the contest with their heads held high.