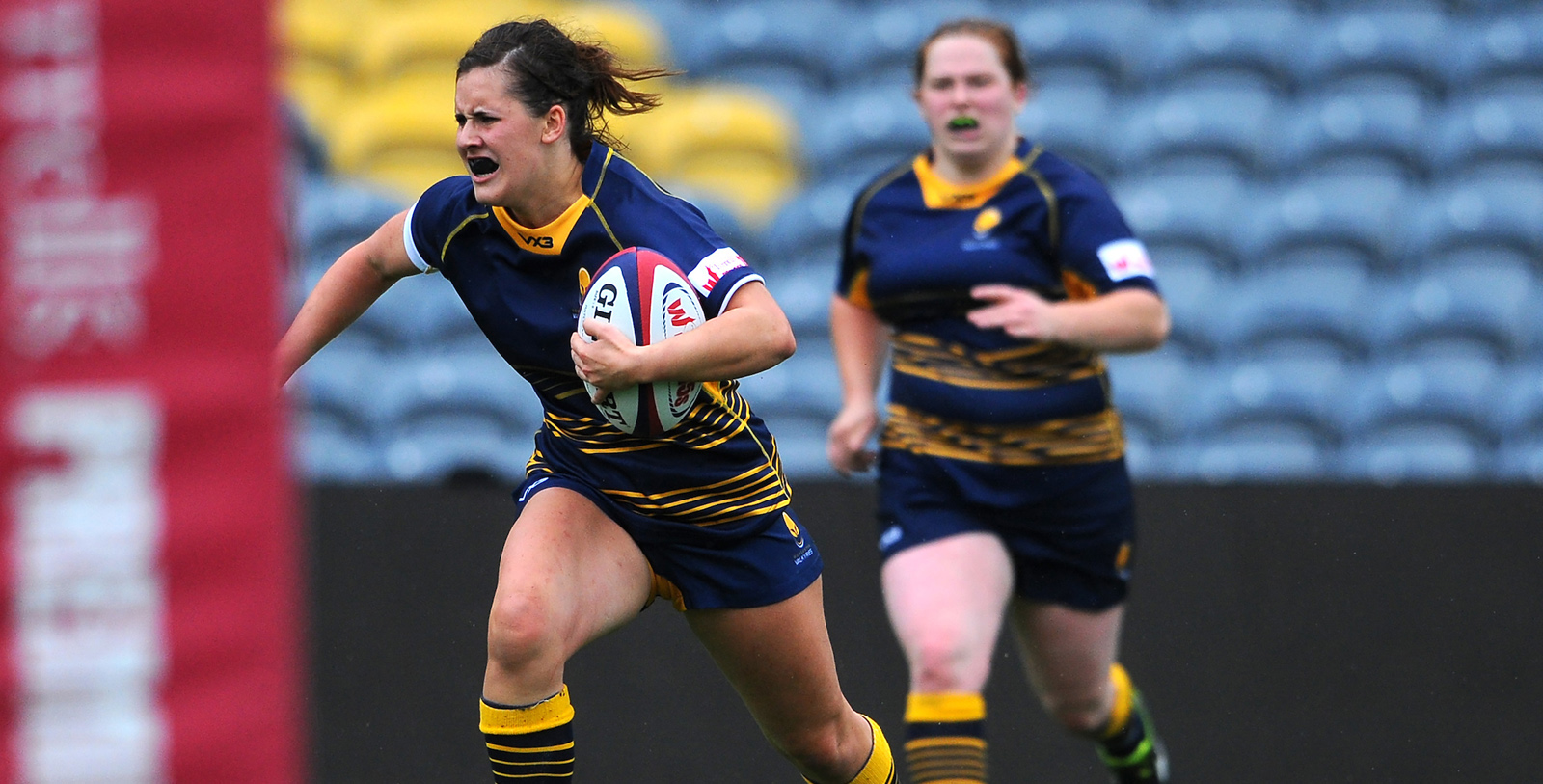 Valkyries ended their Tyrrells Premier 15s campaign on a high with their first-ever home win in the competition at Sixways on Saturday.

The win followed Valkyries’ maiden victory at Firwood Waterloo the previous week and gave cause for optimism for the future.

The win was more comfortable than the scoreline suggests as DMP scored a converted try with the very last play of an entertaining match to claim a losing bonus point.

Otherwise showed maturity in a performance that featured tries for Lark Davies, Lisa Campbell and Lydia Thompson and some accurate goalkicking from Megan Goddard.

Valkyries imposed themselves early on with captain and hooker Davies being driven over after four minutes after a series of pick and goes following a lineout in the visitors’ 22.

DMP Sharks responded well showing ambition to get forward quickly but Valkyries’ defensive organisation paid off, restricting the away side to a penalty which was slotted over by Linsay Jordan.

Goddard replied with her first penalty of the day shortly after to restore the seven-point lead.

A very competitive passage of play in midfield followed with both sides getting their fair share of the ball but the power swung in Valkyries’ favour on the half-hour mark.

As wing Cara Clarke broke down the left, she was brought down by a high tackle for which, Manson was given a yellow card.

Valkyries took advantage minutes later as Lisa Campbell dotted down at the back of an unstoppable driving scrum before Goddard added another penalty to end the half.

The second-half began with DMP Sharks edging ever-close to Valkyries’ line but yet again, the defence kept them at bay.

This gave the backs a platform to push Valkyries upfield as mazy runs from Thompson and Josie Symonds took them into the DMP 22 once more.

The visitors initially dealt with the pressure but after wrestling the ball back, Valkyries spread the ball before Vicky Foxwell’s grubber bounced into the hands of Thompson over the tryline.

DMP Sharks hit back when Manson crossed after a quick, flowing counter-attack and another crisp handling attack was finished by Dewar in the corner with just over 10 minutes to play.

Goddard calmed Valkyries’ nerves when she slotted her third penalty which proved decisive as DMP finished the season with a late try from Blount.

Valkyries’ Development XV ended their season with a 15-13 defeat against their DMP counterparts.

Sarah Bill and Rachel Merrien scored tries either side of half time as Jemima Moss added a penalty in the second-half to put the side within touching distance of the win.