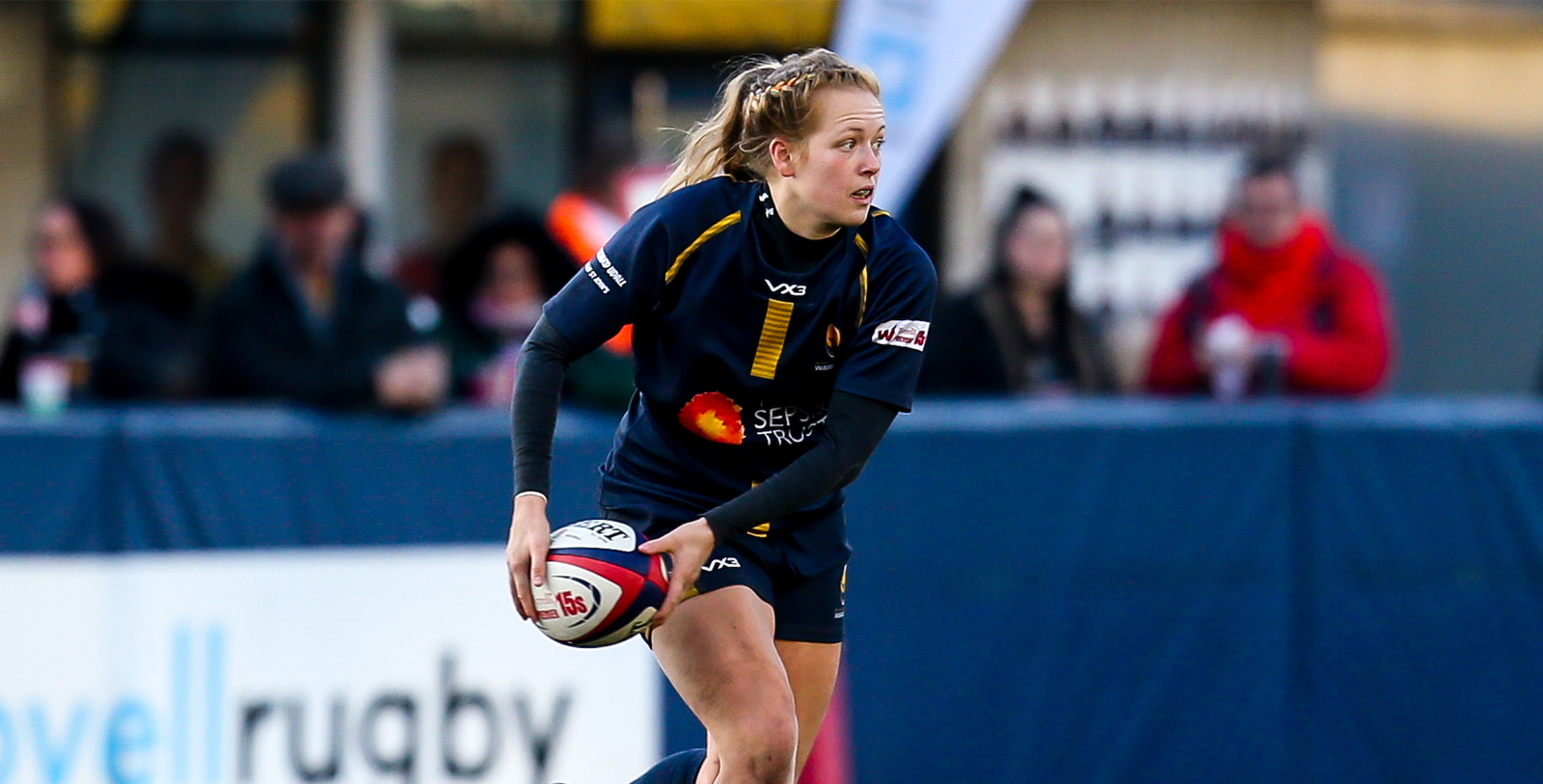 Warriors Women have made one change for tomorrow’s Tyrrells Premier 15s trip to Harlequins Women as Jo Yapp’s side look to build on last week’s impressive 64-19 victory over Firwood Waterloo Women at Sixways (kick-off 12pm).

Wales international Carys Phillips replaces Carmen Tremelling at hooker and packs down alongside the in-form Akina Gondwe and Laura Keates in the front-row.

Elizabeth Shermer and skipper Lyndsay O’Donnell get the nod in the engine room, while Sara Moreira, Taz Bricknell and former Australian Jillaroos international Lucy Lockhart start in the backrow.

Warriors’ Director of Rugby Yapp has the luxury of naming an unchanged backline, which includes wing Vicky Laflin who notched up a brace of tries during her side’s last outing. Laflin scored as early as the second minute when Waterloo came to town and looked potent throughout the 80 minutes along with opposite wing Lydia Thompson, who also got her name on the scoresheet.

“We were really pleased with our performance last weekend, but we know that Quins away is going to be a massive challenge,” said Warriors Women boss Yapp.

“They’re obviously a strong team and they are top two for a reason, so we know it’s going to be a tough day.”

Warriors racked up 10 tries during their last outing, the forwards laying the platform for the backline to demonstrate their attacking prowess.

Yapp added: “We’re really pleased with how our attack has gone in recent weeks and the confidence is building amongst the girls and it was great to see the way in which we were running the ball with intent.

“We’ve had England coach Scott Bemand with us this week and it’s been great to have him share his knowledge and work with the girls on some catch practice.”

England flyer Thompson is relishing the prospect of pitting her wits against title hopefuls Quins when her side take to the field at Surrey Sports Park.

“It’s a real opportunity for us to test where we are as a team against one of the best sides in the Tyrrells Premier 15s,” said Thompson.

“It was a hugely impressive performance from us last week and to score 10 tries and create so much attacking go forward was great.

“The fact that we have things to work on and to be thinking how much better we can be is a great place to be.”

You can listen to an interview with Warriors Women Director of Rugby Jo Yapp on BBC Radio Hereford & Worcester during half-time of tonight’s Gallagher Premiership clash with Gloucester Rugby at Kingsholm (kick-off 7.45pm).