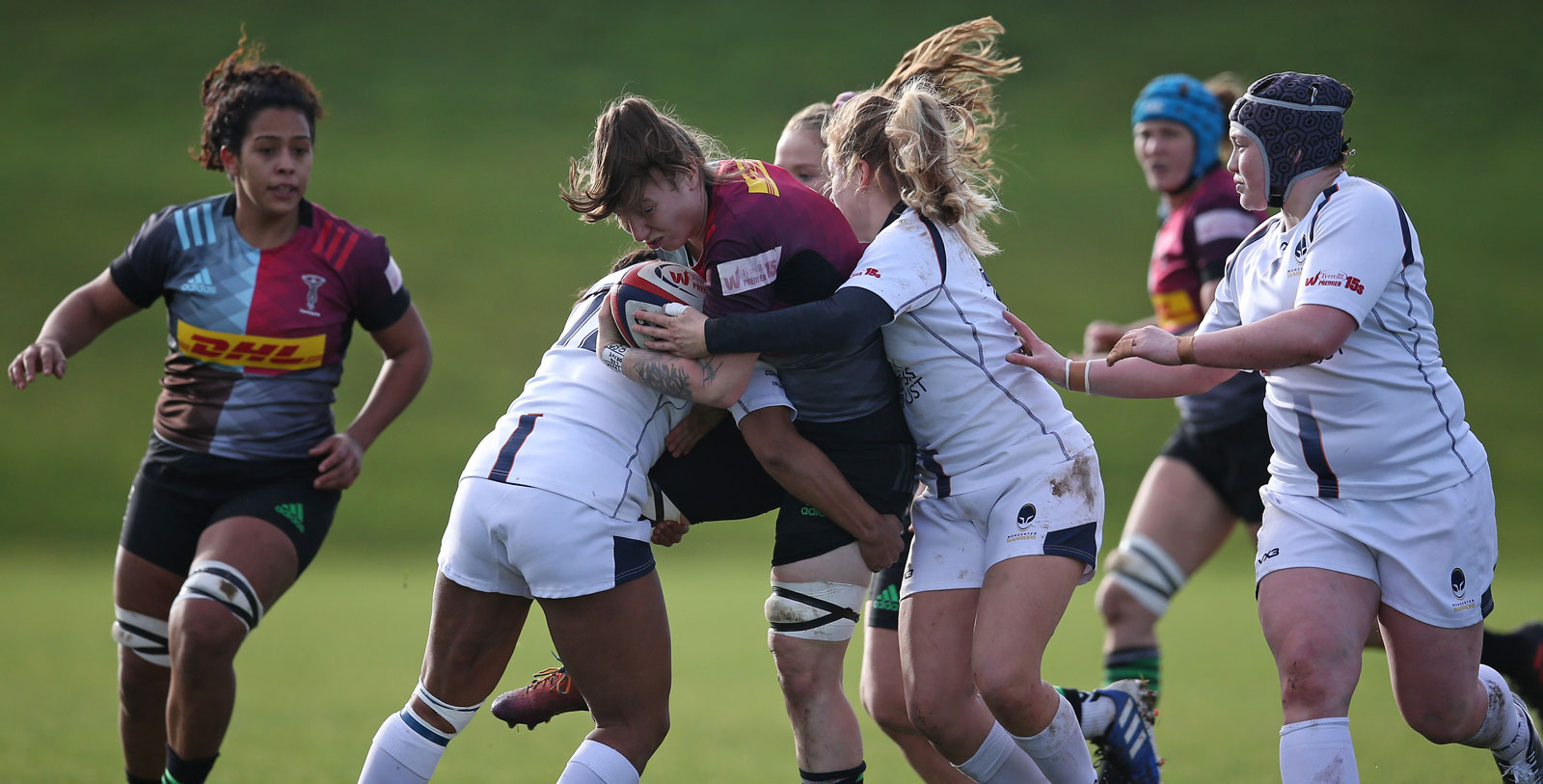 Warriors Women put up a brave fight against title-chasing Harlequins at Surrey Sports Park, Jo Yapp’s side clearly making significant strides forward despite going down 38-10 in the Tyrrells Premier 15s.

The Sixways outfit had no answer to four first half tries, with Jade Konkel, Heather Cowell and a brace from Shaunagh Brown giving the hosts an unassailable lead at the break.

Quins, backed by a jovial crowd full of festive cheer, were keen to assert their presence early on knowing that victory would put them top of the table after Saracens’ game was called off.

Warriors’ defensive resolve was tested to the limit throughout the first period and they could only keep Quins at bay until the ninth minute when back-row Konkel powered her way past a string of Warriors defenders to touchdown. Ellie Green added the extras to put Quins 7-0 ahead.

Ten minutes later Quins registered their second try of the contest, Leanne Riley scooping the ball up from the base of a scrum to feed full-back Cowell who beat her marker to cross the whitewash. Green’s impressive touchline conversion increased Quins’ advantage to 12-0.

Four minutes later England international Brown crossed for the first of her two tries thanks to her abrasive upper body strength, which ensured she dotted down for try number three. Again, Green kicked the conversion to make it 19-0.

Warriors to their credit, defended heroically at times and also looked to use the hands in the backline. The likes of Lydia Thompson and Vicky Laflin looked potent on the attack, with the latter providing Thompson with the ammunition to strike at Quins’ defensive line, only to be thwarted inches from the try line.

On the stroke of half-time, Quins secured the bonus point through the impressive Brown as she got on the end of a clinical backline move to dive over. Green’s conversion gave the Londoners a 26-0 lead at the interval.

Quins picked up from where they left off in the second half, Cowell crossing for her second try of the afternoon as the home side went 31-0 ahead.

Eight minutes later, Riley added further gloss to the scoreline for Quins with a dash to the line on the back of an attacking five metre scrum. Green slotted home the conversion for a 38-0 lead, but that was where the scoring ended for the hosts as Warriors showed tremendous character to come back into the game.

Just after the hour mark, replacement Sioned Harries went over from an expert driving line out to reduce the deficit to 38-5. The pack, who particularly during the second period showed that they were more than a match for the Quins heavies, showed precision at the set-piece to enable Harries to celebrate a festive try.

11 minutes from time, Thompson continued her try-scoring prowess for Warriors as she went over for a scintillating score. Warriors turned defence into attack, stealing the ball from a line out to set the tone, with England star Thompson racing half the length of the field to fend off a scrambling Quins rearguard to slide over in the corner.

Quins, for the remainder of the game, cut frustrated figures as they were penalised on a number of occasions thanks to Warriors’ tenacity and their streetwise heads as Quins failed to add further scores. Warriors pushed forward in the closing stages, looking for a third try, but Quins stood firm as they ran out 38-10 winners.