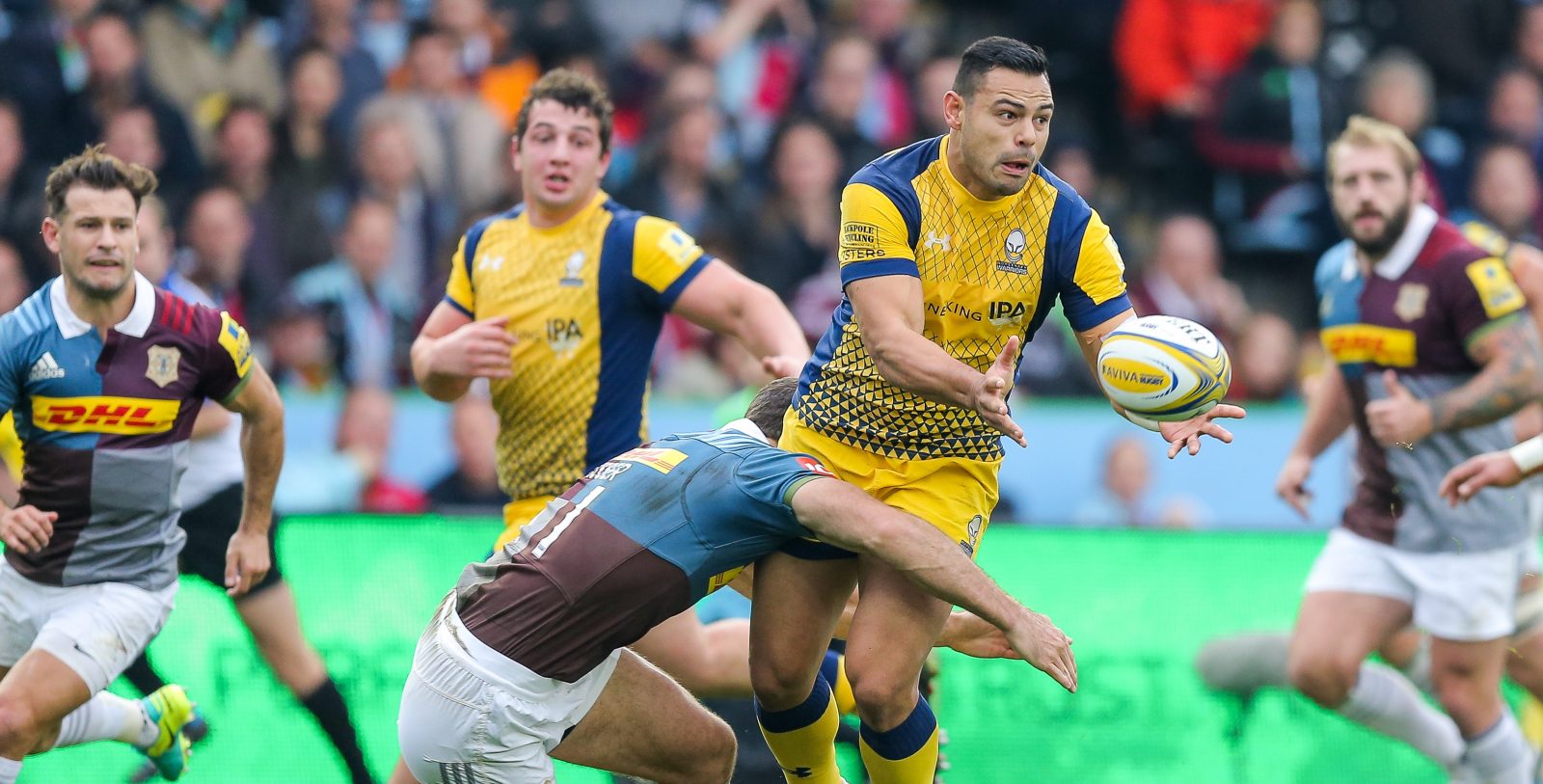 A clinical second-half performance from Harlequins saw them defeat Warriors 36-14 at Twickenham Stoop in Round 7 of the Aviva Premiership.

Danny Care scored the opener against the run of play but Warriors hit back with a Jackson Willison try as they dominated the opening exchanges.

The visitors had the numerical advantage towards the end of the first-half as Joe Marler was sin-binned but they couldn’t make the most of it as they went in level at the break.

But Quins stepped up a gear in the second period as James Horwill and Mike Brown touched down before Ben Te’o crossed for Warriors.

Carl Hogg’s side searched for a late comeback but it was the hosts who finished on the front foot with Joe Marchant and Tim Visser adding tries to secure the bonus-point win.

Warriors welcomed back Chris Pennell to Aviva Premiership action on the wing while prop Val Rapava Ruskin made his 50th appearance for the Club.

And the visitors started brightly as they pinned Quins into their 22 in the early stages as Ryan Lamb attempted a drop-goal from the angle but his kick fell wide of the posts.

The visitors looked menacing in attack but Visser managed to intercept by his own 10-metre to race down field and despite Jamie Shillcock catching up with him, Care was on hand to touch down and Nick Evans converted.

Warriors fought their way back up field immediately to win a penalty but young Shillcock couldn’t slot the points.

However, they continued to apply the pressure and Jaba Bregvadze found Te’o off the back of the lineout and the England man scythed through the Quins backline to tee up Willison for his first Warriors try.

Shillcock added the extras as Warriors levelled the scores.

The visitors were much the better side for the first 20 and consistently asked questions of the hosts as they forced their way into the 22 time and time again.

But Quins held tight and soon began to play their way back into the game with a spell of pressure in the Warriors half.

Luke Wallace made a break but Shillcock was on hand to bring him down before Evans’ tasty-looking crossfield kick was claimed by Jonny Arr to prevent Brown and co bearing down on him.

Arr then pounced on a loose ball in the Quins half and Pennell sensed a score but the hosts regathered before Warriors won a penalty.

With penalty advantage, Lamb’s crossfield kick, looking for the ever-impressive Hammond, put Marland Yarde under pressure as he juggled the ball out of play and Warriors looked to drive their way over.

After a series of mauls, the hosts were eventually penalised as Joe Marler was sent to the bin but Warriors didn’t take advantage as an infringement at the lineout ended a promising spell of territory and possession.

The action was end-to-end in the final stages of the half as Quins broke their way into the 22 before Warriors hit back at them.

And the away crowd were on their feet when Alafoti Faosiliva ran through but he couldn’t offload to Willison as the chance disappeared and the sides went in 7-7 at the break.

Quins came out fighting after the interval and once the ball was flung wide to Visser, Hammond brought him down just short of the line before the hosts recycled and Horwill powered his way over from close range with Evans converting.

But Hogg’s side bounced back immediately as Lamb pulled the strings finding Willison, who ran a fine line to return the favour for Te’o to race over the tryline.

Shillcock calmly slotted the conversion to bring Warriors back within seven.

Phil Dowson then intercepted on the ten-metre and raced towards the whitewash but Evans tracked back to pull him down and the hosts survived.

Dewald Potgieter then came off the bench to make his first appearance for Warriors since March following an injury lay-off.

Evans then soothed the home supporters’ nerves with a penalty and despite good work from Pennell at the restart, Marchant intercepted with Warriors on the attack to race 70 metres to the line to secure Quins a try bonus point.

Warriors looked to finish on a high but at the death, replacement Alofa Alofa made a sprint for the line before finding the powerful Scot Visser to bundle over and Tim Swiel converted to end proceedings.