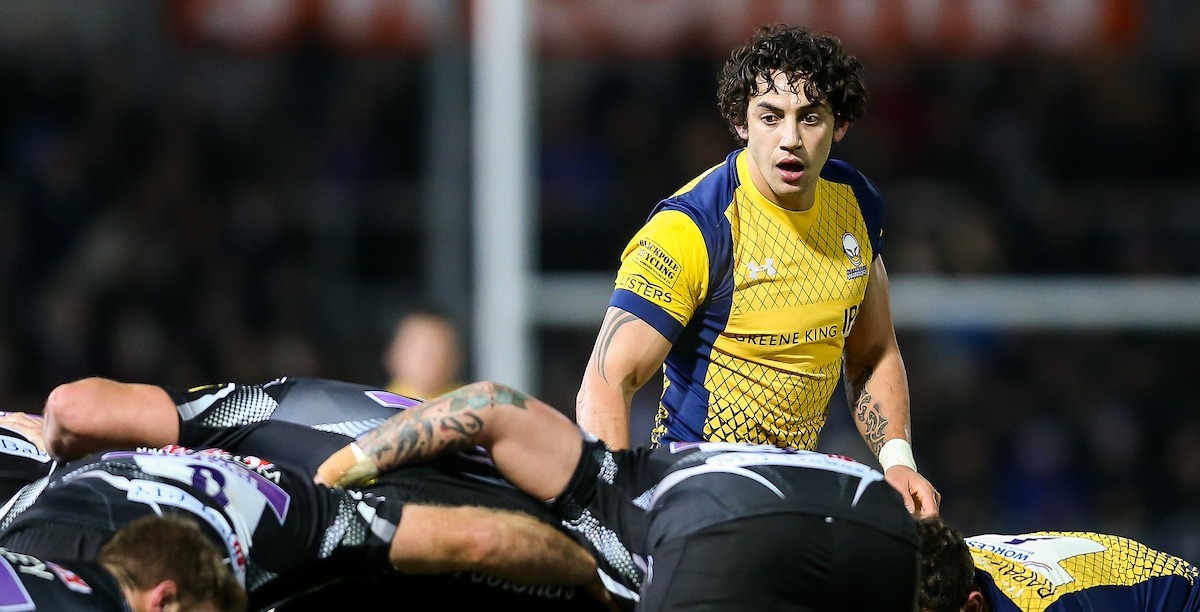 Warriors went down to a heavy Aviva Premiership defeat at Exeter Chiefs after a try-fest at Sandy Park.

Last season’s Premiership finalists proved too hot to handle as first-half scores from Jack Yeandle and Will Chudley and a penalty try gave the hosts a 24-3 advantage at the interval.

Things got worse for Warriors after the break as Olly Woodburn, Carl Rimmer and Thomas Waldrom went over to put Exeter 45-3 ahead.

Carl Hogg’s men came back into the game as Josh Adams and Wynand Olivier went over either side of a James Short try.

But Ian Whitten’s late score put the nail in the coffin for the Sixways side before Dewald Potgieter touched down at the end.
.
Head Coach Hogg made four changes to the side which suffered narrow defeat to Northampton Saints as Jack Singleton and Andrew Kitchener were both handed their Aviva Premiership debuts, while Bryce Heem and Adams came back in.

Warriors travelled to Sandy Park full of intent and looked disciplined in the opening exchanges as they forced some early penalties.

But Exeter soon found their rhythm and forced their way over as hooker Yeandle found himself at the bottom of a driving maul to touch down.

Steenson converted before adding a penalty moments later as the hosts swept to a 10-0 lead after 13 minutes.

Exeter had Warriors pinned back and were proving relentless as they came at the visiting defence time and time again.

And, after the home forward pack had bashed their way to the line, scrum-half Chudley was on hand to go over for Exeter’s second try of the night, before Steenson converted to give his side a 17-0 advantage.

Jamie Shillcock eventually put Warriors on the board with a penalty but Hogg’s men were struggling to find any meaningful possession during a tough first-half in Devon.

Exeter refused to let up as their forward pack piled the pressure on inches short of the tryline.

And Exeter were handed a third score when the referee Matthew O’Grady awarded a penalty try eight minutes before the break.

Warriors had been outplayed after the opening ten minutes and found themselves 24-3 behind as Exeter cleared the ball into touch to bring the first-half to an end.

The visitors looked for a way back into the game after the break but were penetrated once again as Exeter raced the length of the field before Woodburn finished the move underneath the posts.

And still the hosts barged their way forward as Heem and Chris Pennell combined to halt Short just shy of the line.

But the relief was short-lived as Rimmer soon finished off another attack in the corner following more good work from the home forwards.

Steenson added the extras thanks to some wind assistance as Exeter racked-up a 38-3 lead with just under half an hour remaining.

And Warriors’ afternoon got worse as giant number eight Waldrom crashed over shortly afterwards after finding a gap in the away defence.

The game had run away from the Sixways side but the visiting supporters were given something to cheer after Adams gathered a forward kick before racing underneath the posts for Warriors’ first try of the game. Shillcock converted as Warriors cut their deficit to 45-10.

The game was being played at a rapid pace and Exeter were soon at the other end as Short went over for his second and his side’s seventh try of the evening with a neat finish in the corner to put the hosts 50-10 to the good.

Play switched from end-to-end as Warriors searched for a spell of dominance and South Africa international Olivier exploited a gap in midfield to ground underneath the posts and reduce Exeter’s advantage to 50-17.

The try-fest continued as Whitten grabbed Exeter’s eighth try but Warriors gave themselves a chance of a try bonus point as Matti Williams teed-up Potgieter who touched down in the corner.

Warriors battered their way forward in search of a fourth at the death but Exeter held firm as the visitors went away empty-handed.