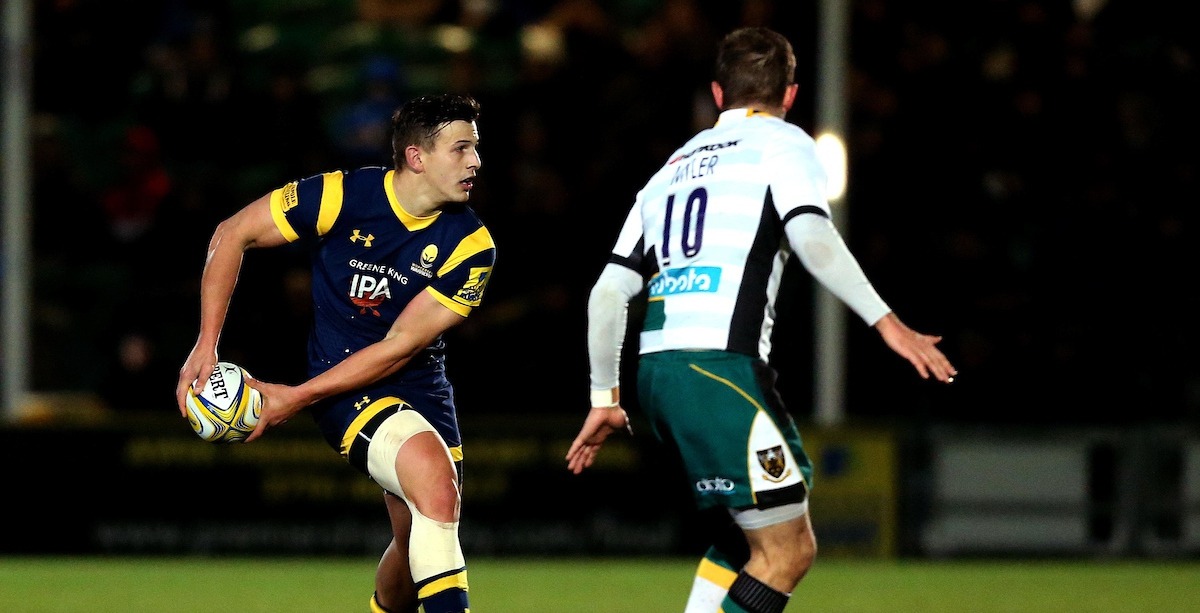 Warriors had been awarded a penalty restart from the halfway line for a chance to win the match after Jonny Arr had been targeted by Calum Clark following Bryce Heem’s try at the death – a score which pulled the scores back to 17-18 as the clock ticked past 80 minutes.

Warriors had raced to a 10-3 lead after 11 minutes courtesy of a Dean Hammond try and five points from the boot of Shillcock.

But Carl Hogg’s men found themselves on the wrong end of a string of penalty decisions and Stephen Myler claimed 18 points for the visitors – racking-up 15 of them unanswered to put Northampton 18-10 ahead at one stage.

Warriors continued to battle and gave themselves a chance to claim a dramatic victory with the late try – but it wasn’t to be as Northampton went away with the points.

Head Coach Hogg made five changes to the side which travelled to Twickenham Stoop in the last Aviva Premiership clash as Ryan Mills, Wynand Olivier, Cooper Vuna, Niall Annett and Dewald Potgieter all returned to the starting line-up.

Shillcock started in the number ten shirt for the first time in a Premiership game and got his side off to a strong start as he bisected the posts with an early penalty.

Northampton levelled through Myler’s first kick but were finding it difficult to cope with Warriors’ backline and could only watch as Olivier soon broke through before teeing-up Hammond, who raced to the line.
Shillcock converted as Warriors built an impressive 10-3 lead after 11 minutes.

The hosts were unbeaten at Sixways in the Aviva Premiership and looked to dictate proceedings against a star-studded Northampton side.

Shillcock put his side into great territory time and time again but Northampton weathered the storm as they looked to make their own mark on the game.

Northampton eventually managed to enjoy their own spell of possession as winger James Wilson kicked a series of penalties into touch deep inside the Warriors 22.

Warriors repelled the visitors as they looked to make their way to the line but Myler did close the gap after 33 minutes as he struck his second penalty of the evening.

The visitors continued to knock on the door as the first-half drew to a close and Myler landed a third penalty just before half-time to cut Warriors’ lead to just one point at 10-9 at the interval.

Warriors came out firing in the second period but were reduced to 14 men when Mills was yellow carded five minutes in.

And the hosts were punished as Myler nudged the visitors into the lead for the first time as he struck two penalties from close range to put Northampton 15-10 ahead.

Warriors continued to battle as they pinned Northampton back in their own half and they looked to turn the game on its head once again.

Andrew Kitchener came on for his Premiership debut before Heem was thrown into action from the bench for his first appearance of the season.

The hosts thought they had driven their way over with 20 minutes remaining but the referee Greg Macdonald, who endured a difficult evening, ruled the ball had not been grounded.

Warriors refused to lie down and continued to look for a way through as Hammond raced down the right before being halted metres short of the line.

Northampton looked to stall the game and eat away as many minutes as possible as they clung to the lead without really creating any opportunities.

But Myler gave Northampton an eight-point advantage with five minutes remaining as he struck his sixth penalty of the evening.

Warriors looked to keep the game alive in the dying moments and Heem burst over in the corner before Shillcock converted to put Warriors within one point with time up on the clock.

Shillcock, who had enjoyed a fantastic performance once again, had the opportunity to win the game at the death with the penalty from halfway but saw his effort drop narrowly wide as Northampton hung on.