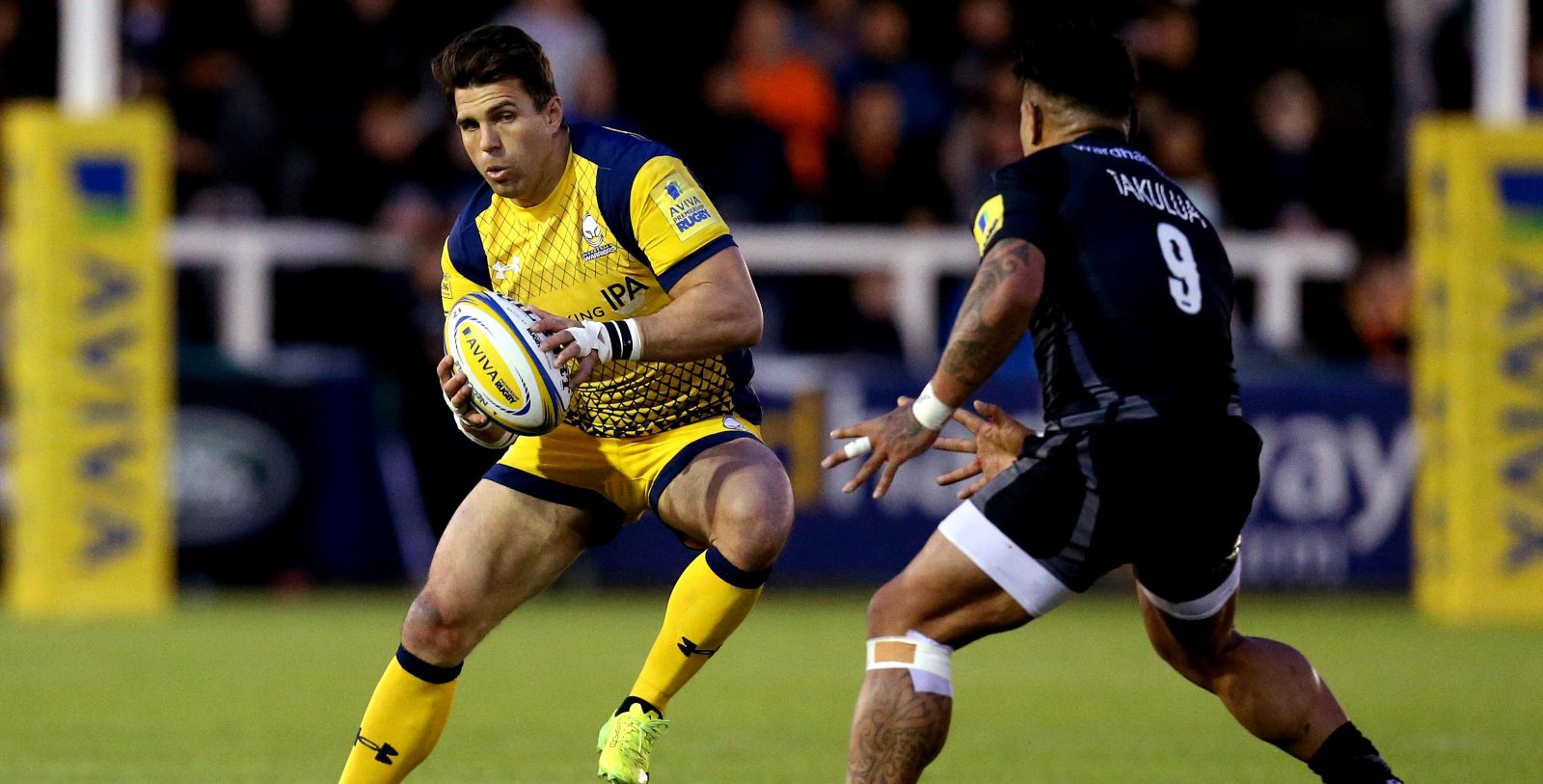 Warriors slipped to a narrow defeat in their final away game of the season as Newcastle Falcons edged an entertaining encounter 16-14 on a chilly Friday night at Kingston Park.

Falcons somehow found themselves 6-0 up at the break thanks to two Sonatane Takulua penalties despite Warriors dominating possession and territory in the first period.

And although Takulua slotted a third penalty early in the second-half, Warriors responded with the pack earning a converted penalty try before Wynand Olivier finished off a superb move and Ryan Mills’ second conversion made it 14-9.

But in a tense finale, Takulua dived over under the posts and his conversion gave the hosts a two-point advantage which they managed to hold on to at the death – leaving Warriors with just a bonus point to show for their efforts in a game they will certainly feel they should have won.

Director of Rugby Gary Gold made four changes to the side that beat Bath Rugby a fortnight ago with Bryce Heem, Olivier, Val Rapava Ruskin and Dewald Potgieter all starting.

Warriors enjoyed the better of the early stages as Heem came close out wide but his offload for a teammate in the corner ricocheted off a Falcons player into touch and Newcastle recovered off the back of the lineout.

Marco Mama then soon broke through before Ben Te’o carried towards the line and when Warriors recycled they looked set to score. Mills’ chip out wide was collected by Olivier who came close but the South African’s offload was lost forward by Perry Humphreys beyond the tryline as Warriors missed a great opportunity.

Time and time again the visitors found themselves with good field position in the home 22 but when looking to maul their way over the line, they lost the ball forward.

Newcastle didn’t break into the Warriors 22 until after the half-hour mark and got the first points on the board against the run of play as Takulua chipped over from in front.

The hosts seemed to find their stride and put Warriors under pressure once again when close to the tryline, before winning a penalty which Takulua made no mistake with once again.

Warriors won a penalty just before the break which was kicked to the corner but they lost the ball off the lineout and the hosts cleared to end the half as they went in with a 6-0 lead.

Worcester’s Alafoti Faosiliva came on at the break after it was announced he’d signed a new deal earlier in the day, but it was Newcastle who started the second period brighter and after winning a penalty on the 22, Takulua slotted his third kick of the night.

Warriors responded well and after applying the pressure in the 22, the maul finally got its reward as the referee went under the sticks to award a penalty try – with Will Welch sent to the sin-bin – and Mills slapped over the extras to bring the visitors within two.

Gold’s men looked dangerous with ball in hand and when Humphreys took the ball in his own half, the young winger showed his tremendous pace and agility to skip deep into the Newcastle half before offloading to Heem.

The big Kiwi then sprinted up towards the line before being taken down just short but Olivier was there to dive over and Mills’ conversion from the angle opened up a five-point lead.

However, Warriors soon found themselves under pressure as Will Spencer was yellow-carded but it was Falcons’ turn in failing to capitalise from close range, as the visitors’ defence held firm.

But Falcons got their try with five minutes to go as the impressive Takulua dived over under the posts before stepping up to convert to put his side two points ahead.

Warriors looked to turn the game on its head once again at the death but couldn’t quite find a score as the hosts held on for the win, and the visitors were forced to settle for a bonus point.

Gary Gold’s side will now be looking to finish the season on a high in front of a sold-out Sixways crowd against Leicester Tigers next weekend.