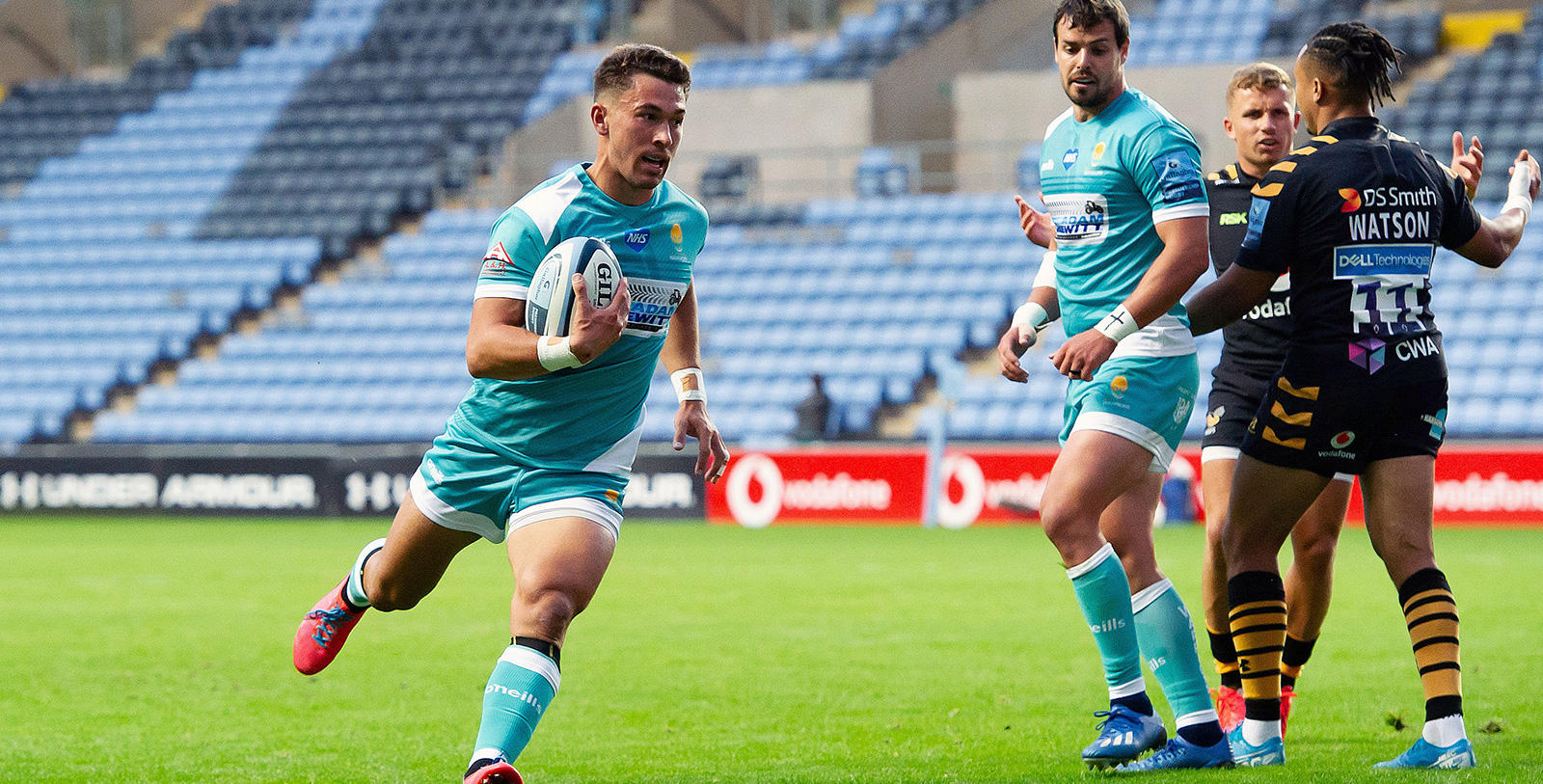 Warriors’ youngsters emerged with plenty of credit but not the consolation of a losing bonus point in the surreal atmosphere of a deserted 30,000 capacity Ricoh Arena.

Warriors had seven Premiership debutants in their matchday squad, all of whom got game time, and they acquitted themselves well against a more experienced Wasps side.

Warriors were the better team for 50 minutes but their inexperience eventually told as Wasps put the squeeze on up front and scored three tries in the final quarter to secure a bonus point win and deny Warriors one themselves.

But there were stand-out performances from Beck Cutting – one of the Premiership debutants who scored his maiden senior try and Andrew Kitchener who won plentiful lineout ball and put in his usual whole-hearted effort in defence.

Will Butler, playing his first Premiership match in more than two years, led the side well and Duncan Weir, GJ van Velze, Cornell du Preez and Chris Pennell all added valuable experience to the youth around them.

Warriors started strongly after they had almost conceded a try after six minutes when Wasps scrum-half Ben Vellacott crossed from a five metres scrum.

Referee Craig Maxwell-Keys awarded the try but TMO Keith Lewis drew his attention to an obstruction on GJ van Velze and the score was ruled out.

Warriors responded with a sustained attack of their own with a patient build-up through the forwards creating space for Nick David who came off his wing and nipped through close to the posts.

The referee again went upstairs to check for a possible obstruction but this time the try stood and Duncan Weir added the extras.

Warriors gave away a penalty straight from the restart which allowed Rob Miller to reduce the deficit but Warriors again made their pressure count when they got in the home 22 from a superb touchfinder penalty from Weir.

Warriors threw 12 men into the driving maul from the resulting lineout and Beck Cutting emerged with the ball to claim his maiden senior try.

Weir added the conversion and then traded penalties with Miller in a see-saw end to a frenetic first half.

But Weir’s penalty proved to be Warriors’ last score of the match as Wasps slowly gained a stranglehold in the second half, helped by a high penalty count.

It was 60 minutes before Wasps took the lead for the first time when Gabriel Oghre burrowed over from close range.

Warriors continued to concede penalties under pressure and handling errors also added to the problems which allowed Wasps’ replacement hooker Alfie Barbeary to muscle over and Miller to add the conversion which put the bonus point beyond Warriors’ reach.

There was still time for Wasps to secure the bonus point try when Tom Cruse was smuggled over from the final play and Miller added the extras.